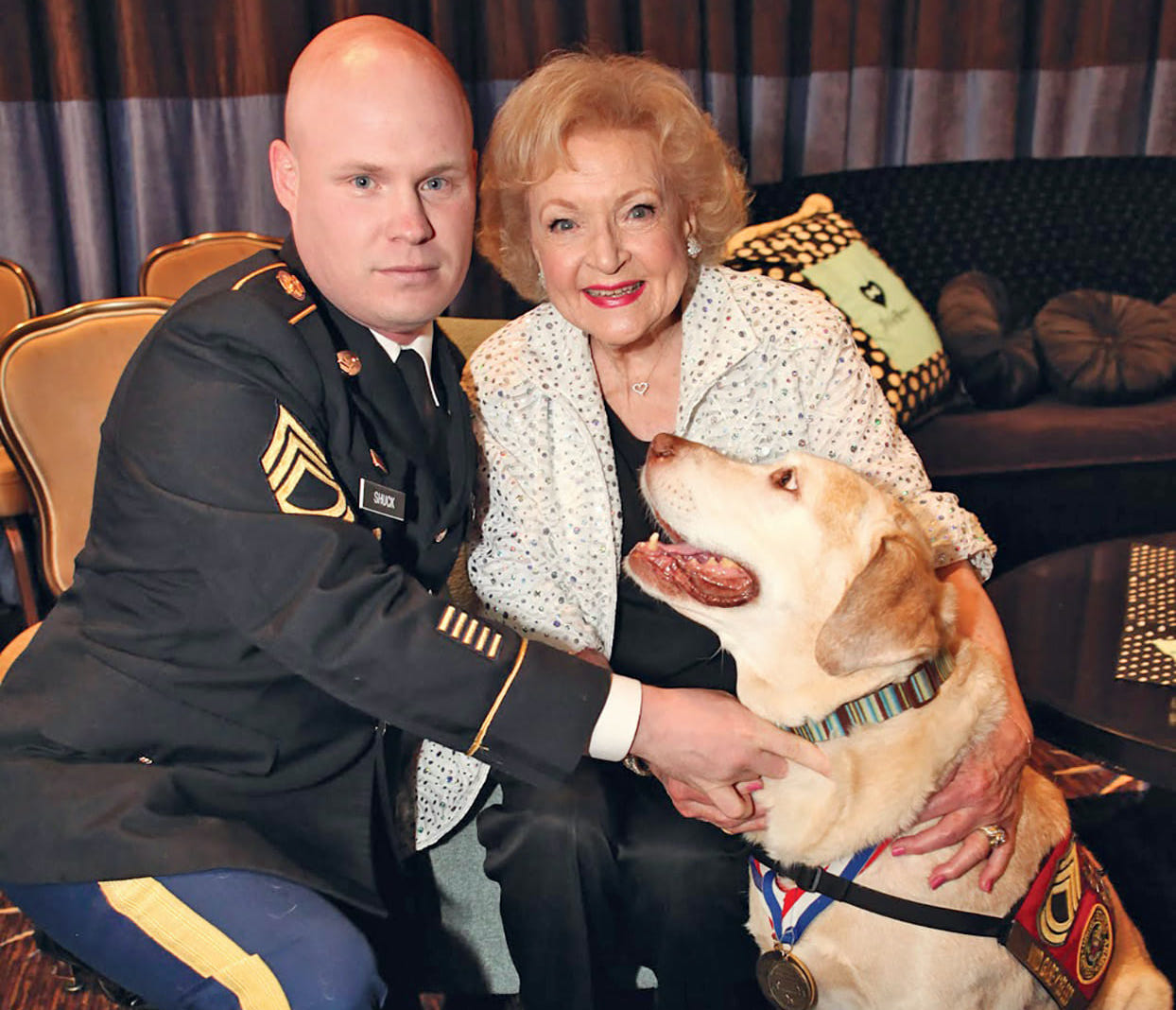 Betty White never met an animal she didn't like and through her 70-year support of American Humane, the country's first national humane organization, championed the cause of millions of furred, finned and feathered friends around the world.

"For nearly a century, Betty White has been a tireless and devoted animal welfare advocate and we are proud to have known her for 70 years -- longer than any other supporter in our history," said Dr. Robin Ganzert, American Humane president and CEO. "We bestowed our highest honor, the National Humanitarian Medal, on Betty because she reflected our core values of compassion, caring and hope. Betty dedicated herself to protecting and improving the quality of life for animals worldwide. She has always been a one-of-a-kind phenomenon, and we are honored to have known and worked with her during so much of her truly remarkable life. On behalf of the millions of animals whose lives you have touched, thank you, Betty!"

White volunteered her passionate service as a member of American Humane's board of directors, supported the organization's "No Animals Were Harmed®" program protecting animals in film and television, lent her services to the group's fund-raising activities, acted as a judge and presenter for the nationally televised American Humane Hero Dog Awards, and served as the chair of its now 106-year-old nationwide "Be Kind to Animals Week®," the most successful humane education campaign and the oldest commemorative week in U.S.

Founded in 1877, American Humane is the United States' first national humane organization and the largest certifier of animal welfare in the world. For more information, visit www.AmericanHumane.org.