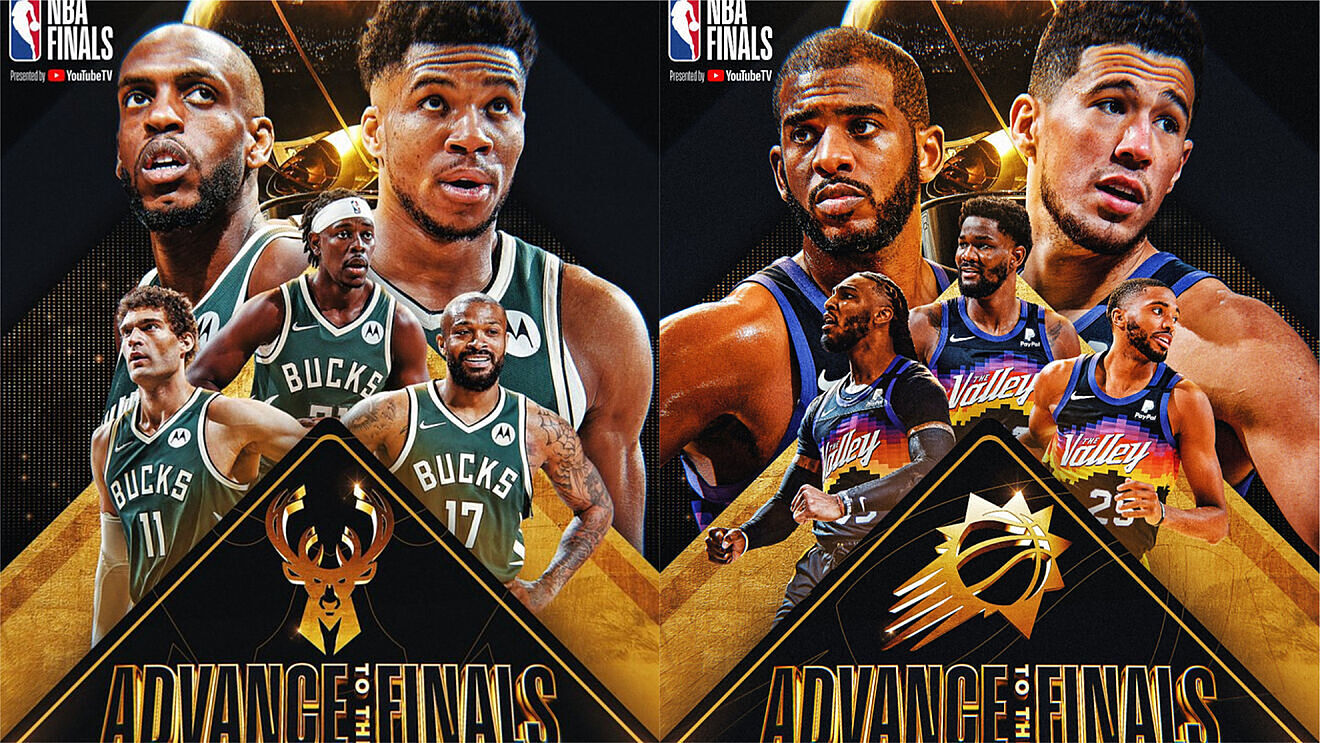 In an NBA postseason filled with plenty of surprises, upsets and even more injuries, we've finally made it to the Finals. And it's a showdown no one saw coming.

The Phoenix Suns vs. Milwaukee Bucks matchup features two franchises stuck in long title droughts: The Suns have never won an NBA championship in 53 seasons as a franchise, while the Bucks' last ring came in 1971, when they were led by legends Kareem Abdul-Jabbar and Oscar Robertson.

This is the first Finals appearance for 16-year veteran Chris Paul, who joined the Suns in the offseason and provided Devin Booker, Deandre Ayton and a young Phoenix roster a healthy dose of leadership and clutch-time poise. A title is the only item missing from the future Hall of Fame point guard's long list of accolades.

After failing to reach the Finals despite securing the league's best record in 2019 and 2020, the Bucks are here at last. But they might be without their two-time MVP, Giannis Antetokounmpo, whose status remains uncertain after a knee injury cut his Eastern Conference finals short.