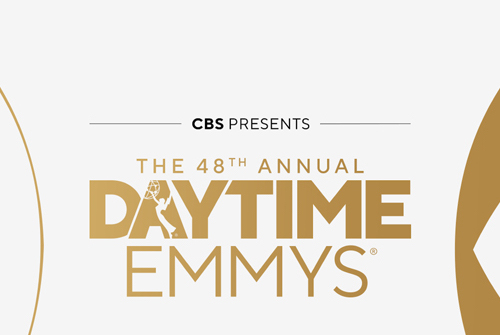 CBS will present the first of the two specials, the 48TH ANNUAL DAYTIME EMMY® AWARDS, on Friday, June 25 (8:00-10:00 PM, ET/PT), on the CBS Television Network and available to stream live and on demand on Paramount+.

This will mark the 15th time CBS has broadcast the Daytime Emmy® Awards, more than any other network.

Sheryl Underwood will host and more than 40 awards will be presented.

This is the first time since 2008 that one network will broadcast both the Daytime and Primetime Emmy® awards in the same year. CBS last hosted both specials in 2005.

For more information go to www.theemmys.tv