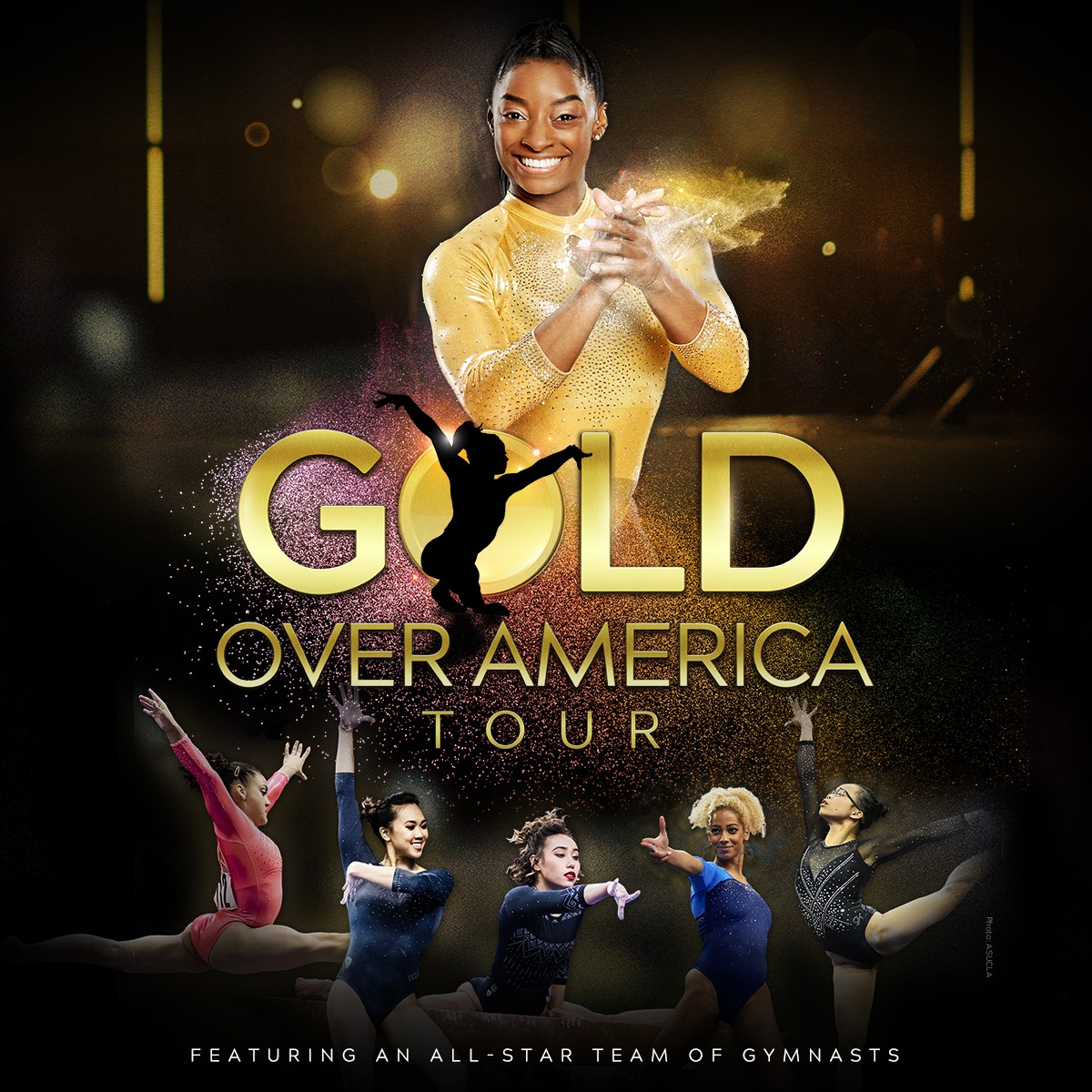 MagicSpace Entertainment and AEG Presents/Concerts West today announced tickets will go on-sale Friday, June 11 for the Athleta Presents Gold Over America Tour, arriving at STAPLES Center on Saturday, September 25th.  The tour is a high-energy, gymnastics-meets-pop-concert spectacular that will be headlined by the most decorated gymnast of all-time, Simone Biles. Athleta, a leading women’s performance lifestyle brand, has joined as the title sponsor of the show, which will feature an all-star team of female gymnastic champions spreading messages of empowerment and togetherness to inspire the next generation of athletes.

Tickets available on AXS.com starting Friday, June 11th at 10:00AM PT. To sign up for the presale and for more information about VIP packages and a chance to participate in the show finale of the Athleta Presents Gold Over America Tour, visit www.GoldOverAmericaTour.com.

The 35-city tour kicks off in Tucson, September 21, 2021 with stops along the way in Denver, Los Angeles, Anaheim, Houston, Chicago, Detroit, Columbus, Atlanta, Philadelphia, Newark, and Brooklyn, before concluding in Boston, November 7, 2021.  The Athleta Presents Gold Over America Tour is supported by associate sponsors GK Elite and SPIETH America. A full list of cities and ticket information can be found at www.goldoveramericatour.com/goat/tickets.html.

“I love the sport of gymnastics and want to help create a show that captures the pure joy of performing,” said Biles. “Athleta Presents Gold Over America Tour will match athleticism and entertainment, all while celebrating the gold inside each of us!”

Biles will be joined by 2016 Gold and Silver medalist in Rio and Dancing With The Stars champion Laurie Hernandez, All-American, NCAA National Champion and viral video sensation Katelyn Ohashi, winner of three gold medals in 2019 and 2020 at the Tokyo World Cup Morgan Hurd, 2018 NCAA National Champion from UCLA where she achieved 10 perfect 10’s Peng-Peng Lee, Jamaican qualifier for the 2021 Tokyo games Danusia Francis and 8-time U.S. National team member Jordan Chiles.  More gymnasts will be announced in the coming months.

The Athleta Presents Gold Over America Tour will spotlight each gymnast performing segments from their most famous routines mixed with career highlight and personal videos, social media interactions, spoken word, and a crew of gymnastic dancers under eye-popping LED video screens and lights. Together, these women are not only top-of-their-game athletes but also the ultimate squad goal inspiration to girls and young women worldwide. The show emerges from their personal values of empowerment, friendship, positive body image, mental health awareness, and self-confidence.