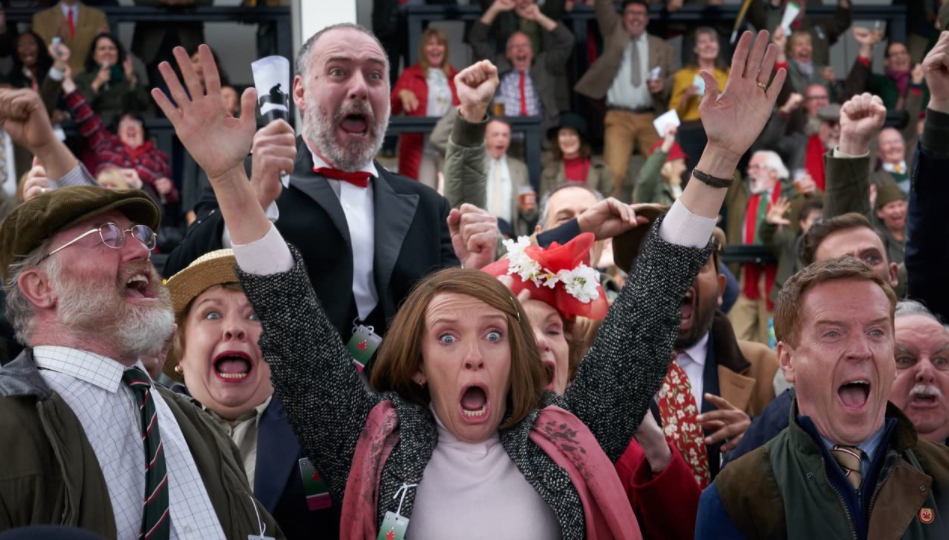 Toni Collette is nothing short of delightful playing a working woman in South Wales who enlists the financial support of her fellow villagers to breed a racehorse in “Dream Horse,” an irresistibly charming true story costarring Damian Lewis and Owen Teale.

Directed with emotion and excitement by Welsh-born director Euros Lyn, whose previous credits include episodes of “Happy Valley” and “Dr. Who,” this heartwarming tale is the kind of undeniable crowd pleaser that will have audiences cheering at the screen with enthusiasm. An underdog sports tale based on an incredible story of a woman’s will to dream big and inject some hope into her community, “Dream Horse” is elevated by thrilling race sequences, a cast of colorful characters filled out by a talented collection of international actors, and an inspiring storyline that hits all the right notes. Whether it’s Neil McKay’s dramatically astute script that keeps audiences emotionally invested in this unbelievable journey, Erik Wilson’s eye-catching camerawork that captures the horse races as well as the daily life of working class South Wales with equal skill, or the original music by Benjamin Woodgates that makes this stirring story swell with emotion, “Dream Horse” has all the earmarks of a top prize winner at the box office. 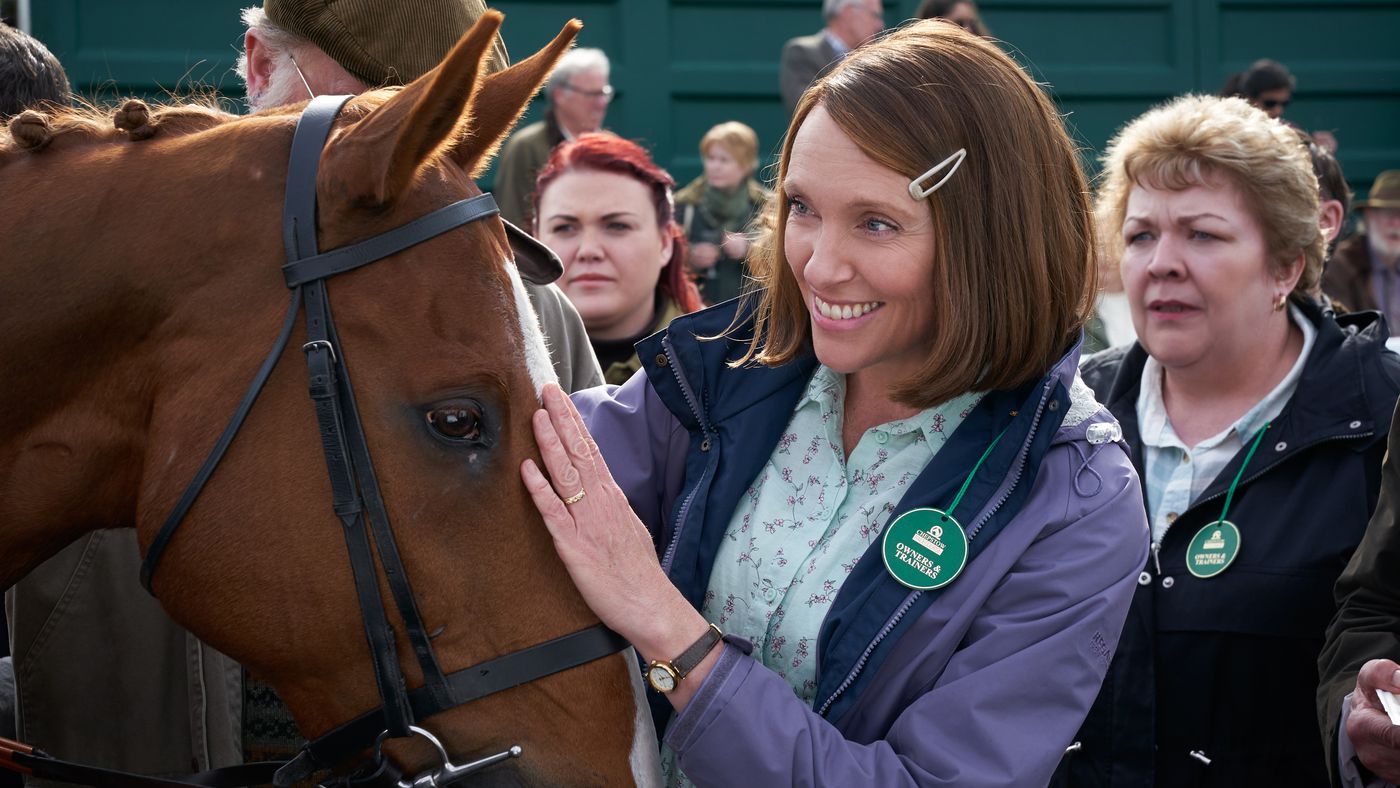 “Dream Horse” follows the true story of Jan Vokes (Toni Collette), a working class woman in the quaint former mining town of Cefn Fforest, South Wales. When Jan isn’t working the register at the local supermarket in the morning, or tending bar at the workingmen’s club at night, she’s caring for her elderly parents and her lovably uncouth husband Brian (Owen Teale). Even for a cheery person like Jan, there isn’t much hope emanating from her impoverished hillside community, but that doesn’t stop her from dreaming of a better life.

When Jan overhears a club patron named Howard (Damian Lewis) boast about his exciting past as part of a racehorse syndicate, it sparks a desire in her to turn her dreams into a reality. Having previously raised prize-winning pigeons, Jan begins researching how to breed a racehorse, eventually buying a modest mare and building a stable for her in the family garden. But in order to pay for the pricey stud fee required to breed a racehorse, Jan creates a syndicate of her own, enlisting twenty-three villagers to make small weekly contributions. After joining forces with Howard, the syndicate breeds a foal which they name Dream Alliance, and are able to convince a successful trainer (Nicholas Farrell) to take Dream under his wing. As Dream continues her path toward racing glory, both the animal as well as the syndicate face many obstacles along the way, from nagging injuries to disbelieving members of the horse racing establishment eager to prove them wrong.

A tremendous tale of overcoming adversity against all odds, “Dream Horse” is a crowd pleasing sports drama that leans into its heartwarming elements and is all the better for it. Even if the script by Neil McKay is formulaic and somewhat predictable, the sheer joy of this underdog tale is so overwhelming that one can’t help but be moved by it. Director Euros Lyn masterfully builds each character arc so that they reach their emotional climax at precisely the right moment, creating a feel-good cinematic experience that audiences won’t soon forget. Also helping the filmmaker achieve this winning formula is the gorgeous cinematography of Erik Wilson, the engaging editing of Jamie Pearson which is most notable in the racing sequences, and the heartstring tugging score of Benjamin Woodgates that perfectly accentuates the drama at hand. 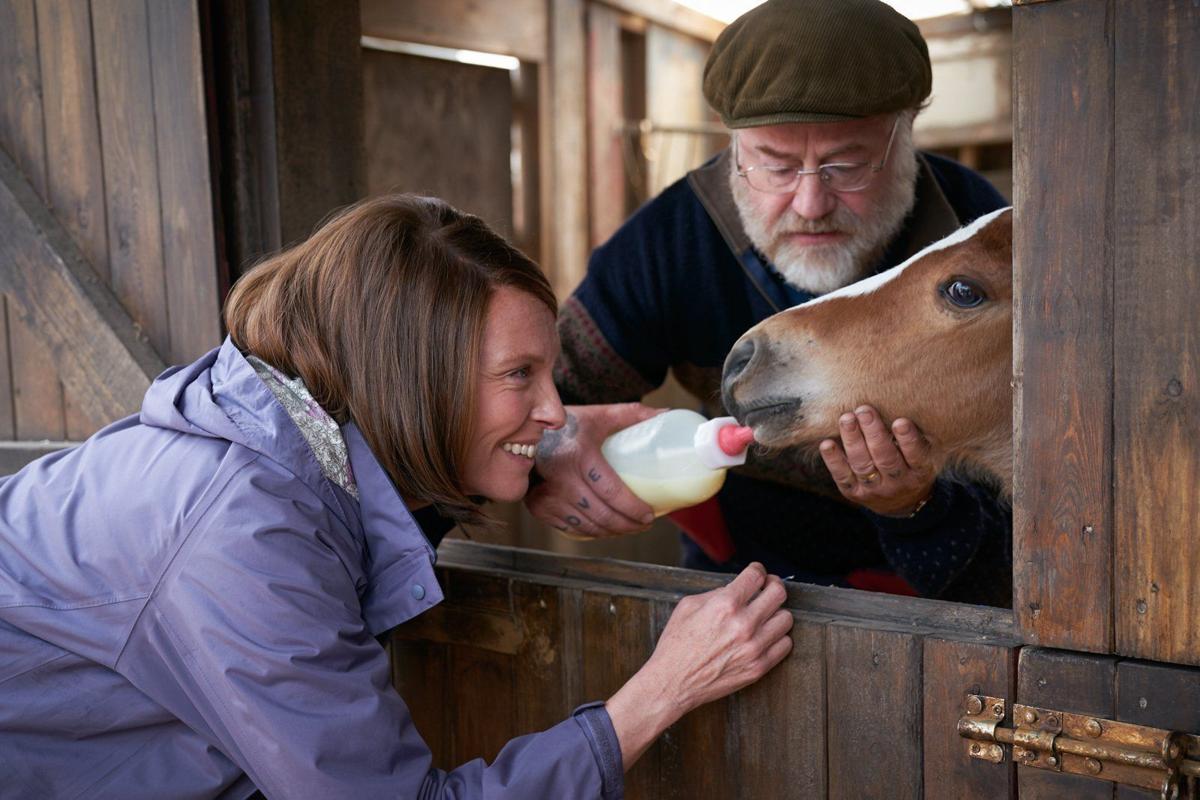 “Dream Horse” is a great story in itself, but Toni Collette’s endearing and pitch-perfect performance as Jan Vokes, the unlikely leader of the horse racing syndicate, makes the film a true winner. Capturing the humor of her small town life as well as the compassion and competition of her character, Colette is a force of nature that takes this underdog tale to the finish line. Also putting in excellent supporting work is Damian Lewis, who is a captivating presence as Howard, the upper crust accountant who defies his wife by quitting his job to follow in his father’s footsteps and join Jan’s syndicate. Owen Teale is also a very likable presence as Jan’s toothless husband Brian, while Karl Johnson is a drunken delight as Kerby, a beer chugging local who joins the syndicate despite his bar debt.

“Dream Horse” is an irresistible charmer that deserves to finish at the top of the box office.