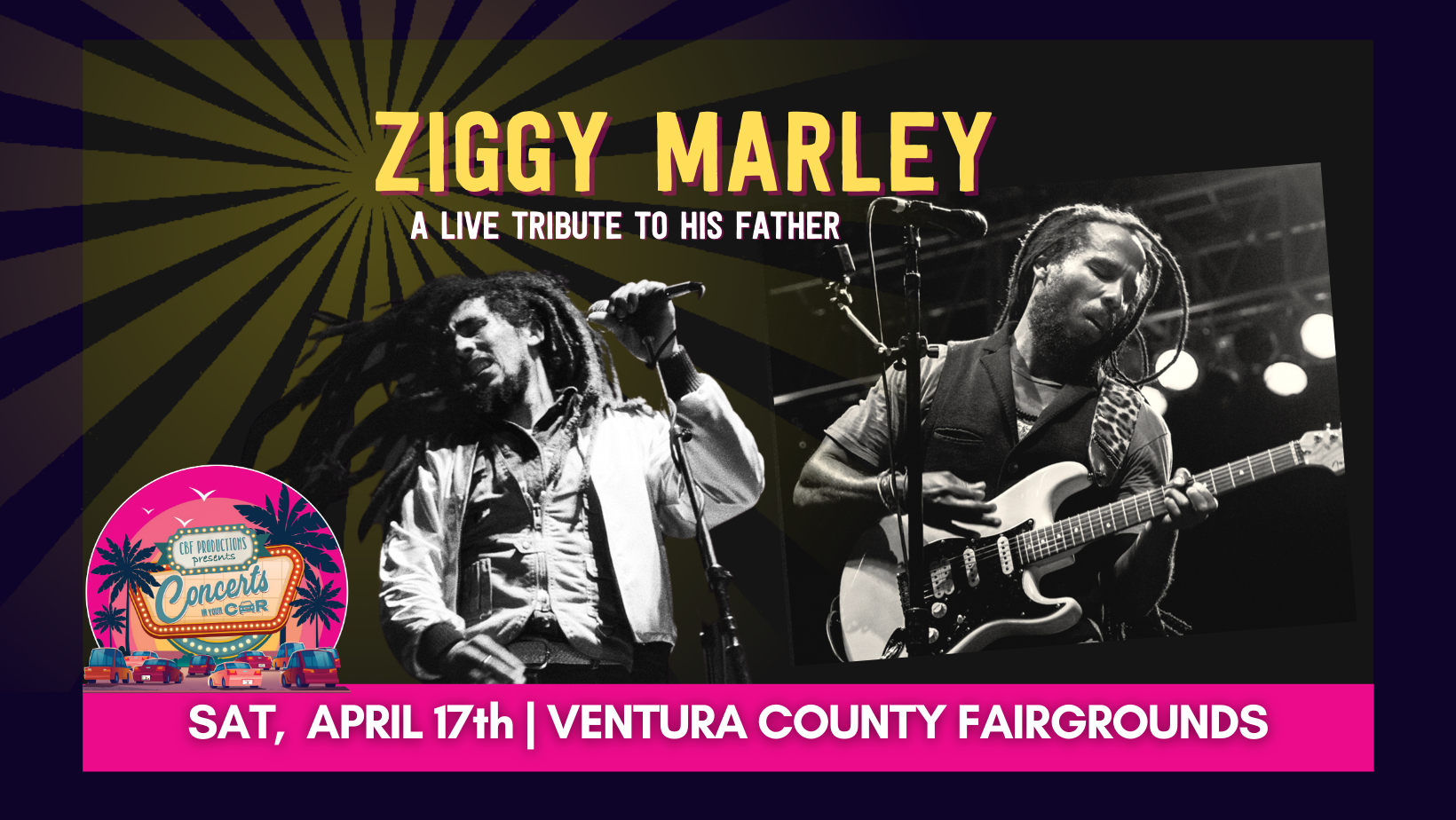 The music is BACK!  "Concerts in Your Car" returns to the Ventura County Fairgrounds with a blockbuster live concert by Ziggy Marley.  An eight-time Grammy winner, Emmy winner, guitarist, songwriter and humanitarian, Marley will perform, along with his band, a tribute to his legendary father, Reggae Icon Bob Marley.  This year will mark the 40th anniversary of his father's death.

Ziggy Marley is known as a musical pioneer, infusing the reggae genre with funk, blues, rock and other elements.  Marley, who is a prolific composer, usually primarily performs his own compositions.  Sets focusing on his late father's music are a rare event.

Two performances are scheduled for Saturday, April 17 at 5 pm and 8:30 pm at the Ventura County Fairgrounds.  Tickets start at $99. per car for up to four passengers, with additional passenger tickets available for purchase.  The number of passengers must not exceed the number of safety belts/seats in the vehicle.  Tickets are sold in advance and online only.

All "Concerts In Your Car" events include a visual light show and multi-media entertainment.  The combination of an extra high, theatre-in-the-round style, four-sided stage and four over-sized screens ensures that every seat is the best seat in the house.  The events are designed to comply with all state and county restrictions.  Sound comes from the stage like a traditional concert and can also be heard via car stereos on an FM station.