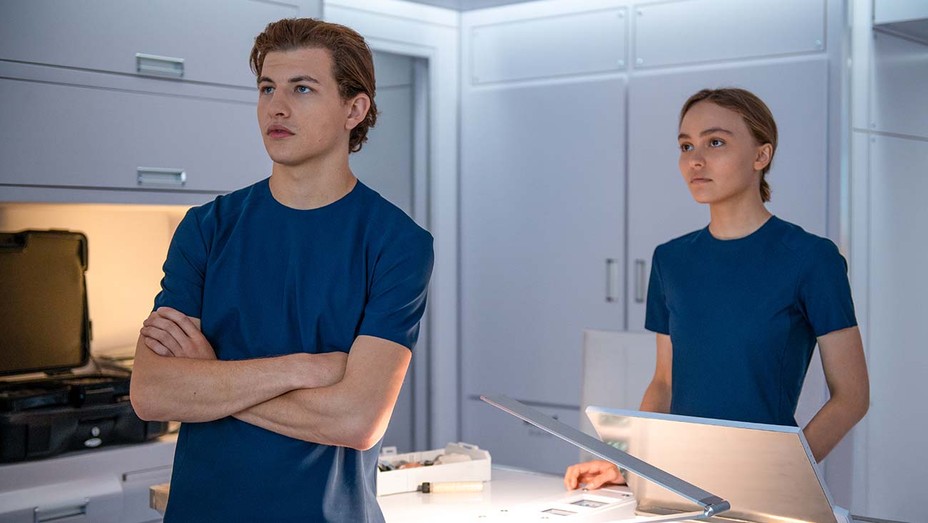 Colin Farrell leads a young crew on an expedition to colonize a distant planet, but the mission is jeopardized by some disturbing secrets along the way in “Voyagers,” a stellar interstellar thriller featuring Tye Sheridan (“Ready Player One”)  and Lily-Rose Depp.

Written and directed by Neil Burger, the visionary director whose wide-ranging credits include “Divergent,” “The Illusionist,” and most recently, “The Upside,” this futuristic space film is a thrilling journey into the darkest impulses of human nature, told with the assuredness of a veteran filmmaker in full control of his craft.  An intriguing look at what happens when humans rebel against the system and give in to their primal instincts, Burger’s smart and suspenseful script incorporates plenty of food for thought into a tight narrative featuring gripping action and engaging drama. Making the most of its spaceship setting, "Voyagers" is elevated by the masterful production design of Scott Chambliss, the tense score by Trevor Gureckis, and the immersive imagery by cinematographer Enrique Chediak (“127 Hours”). Also helping this space flick achieve flight is the top-notch acting of the up-and-coming cast, most notably Tye Sheridan as an enterprising young crew member and Lily-Rose Depp as his voyager companion. 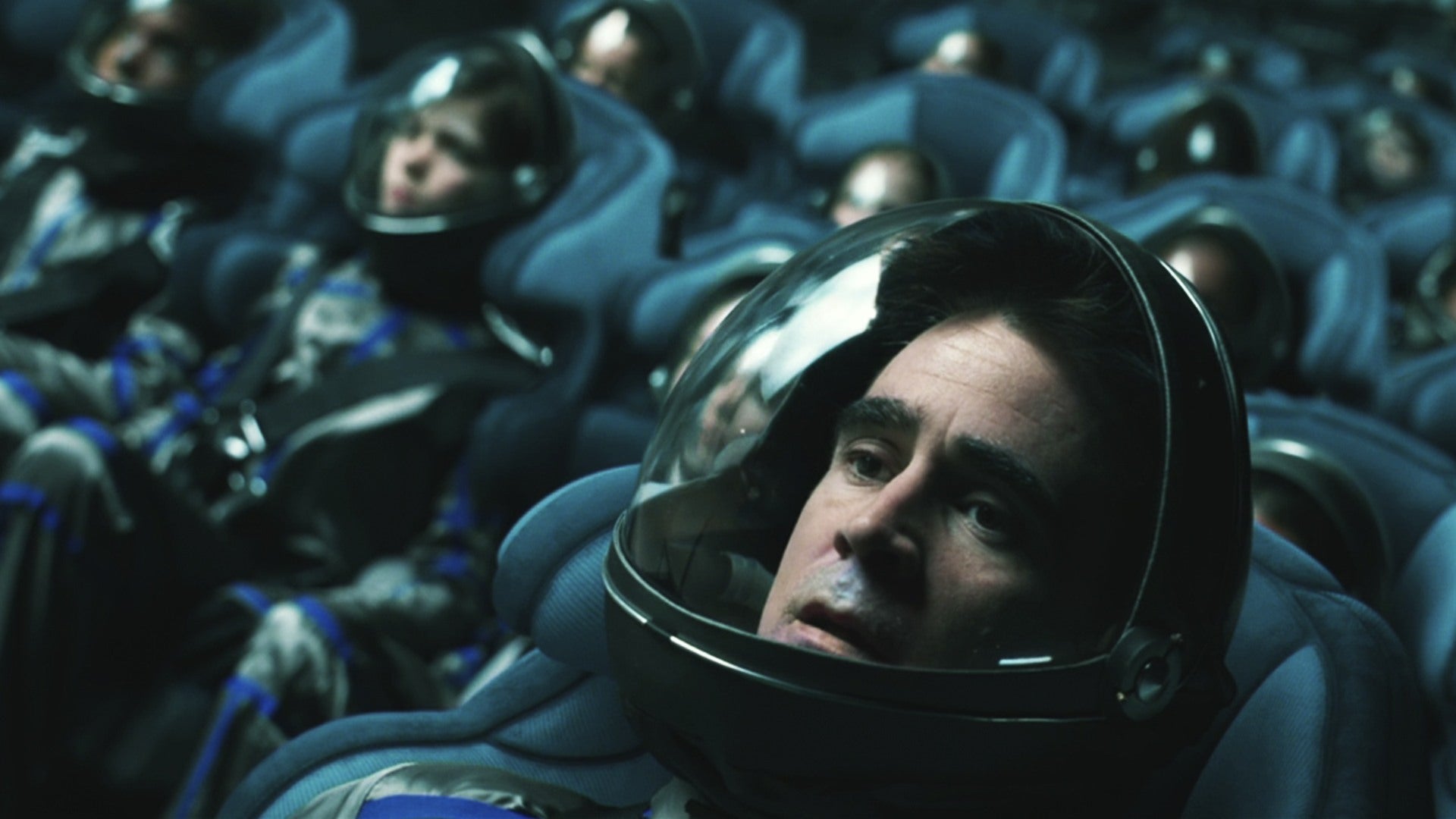 In “Voyagers, the earth has been ravaged by disease and drought, and scientists seek out a new planet to support human life, which they find in 2062. However, since the journey there will take eighty-six years to complete, Richard (Colin Farrell), a selfless scientist, decides to breed thirty supremely intelligent humans and train them from birth as crew members on the ship, with the grandchildren assumed to be the planet’s first inhabitants. And while Richard isn’t supposed to be a part of the mission, the fatherly scientist ultimately decides to join the crew in an effort to jumpstart the journey a couple years early, knowing full well he’ll die somewhere along the way.

Cut to ten years later, the crew members are now in their early twenties and, despite their otherworldly environement, living a relatively routine existence in a highly controlled environment. Christopher (Tye Sheridan) is the curious one of the bunch, and he senses something off about the mission – a feeling that is validated when he discovers that Richard is drugging the crew with a behavior-controlling substance that renders them lethargic and sexually inert. Christopher and his good friend Zac (Fionn Whitehead) stop taking the substance, and before long their energy increases, as does their sexuality and overall aggression. Once word spreads about the deception onboard, it doesn’t take long for the crew to carry out a full-fledged rebellion, leaving the mission in jeopardy and the future of civilization hanging in the balance.

Taking a relatable story about human desire and Darwinism and setting it in space, Neil Burger’s sharp script keeps the tension up as it explores its intellectually stimulating premise, giving audiences a surprising amount of ideas to ponder as the thrilling adventure plays out. Even when the story goes down a somewhat predictable survival-of-the-fittest path, the direction is so thoroughly engaging and the human drama so nimbly plotted that the familiarity of certain story beats never detracts from the proceedings. Of course, a space-set sci-fi thriller wouldn’t be much without some quality action to go with it, and rest assured “Voyagers” delivers plenty on this end, particularly in the final third when the mission deteriorates into utter chaos. Bringing Burger’s singular vision to the screen is the memorable camerawork of Enrique Chediak, who captures the intimacy among voyagers and the crazy action aboard the ship with equal skill. Also deserving of a special nod is the accomplished editing of Naomi Geraghty, which nicely relates the euphoria and confusion of the crew members after they’ve stopped taking their behavior-controlling drugs. 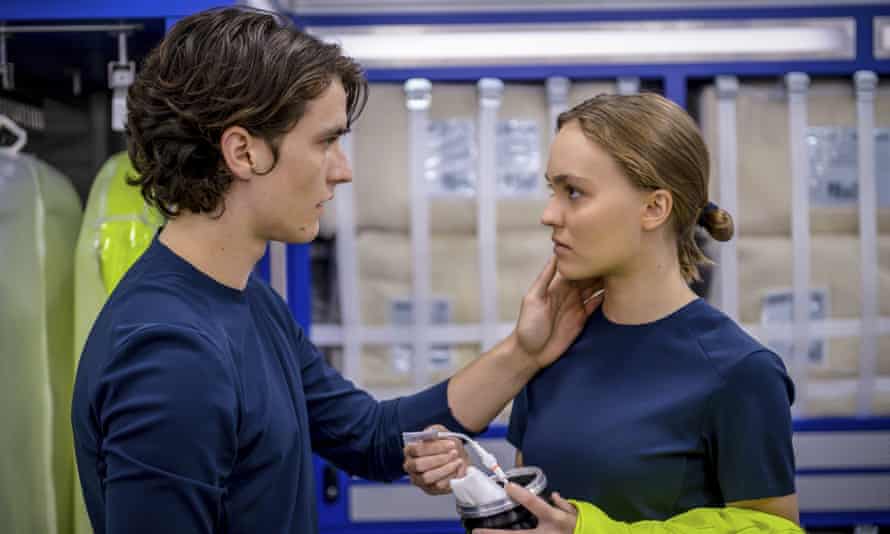 “Voyagers” stands out for its deft direction, smart writing, and the impressive acting of its young cast, with Tye Sheridan making the most of his lead role as Christopher, the intellectually curious crew member whose discovery sets the action in motion. Playing the chief medical officer caught in a love triangle, Lily-Rose Depp proves a solid addition to the cast and continues to excel in her blossoming acting career. In the role of Richard the selfless scientist, Colin Farrell gives a more subdued performance than we’ve come to expect but still stands out in his minimal screen time, while Fionn Whitehead is aptly antagonistic as a wily crew member with a dangerous inferiority complex.

Despite some familiarity, “Voyagers” is a worthwhile sci-fi thriller.

Film
Film Review: ‘Nobody’ is an Edgy Action Thriller