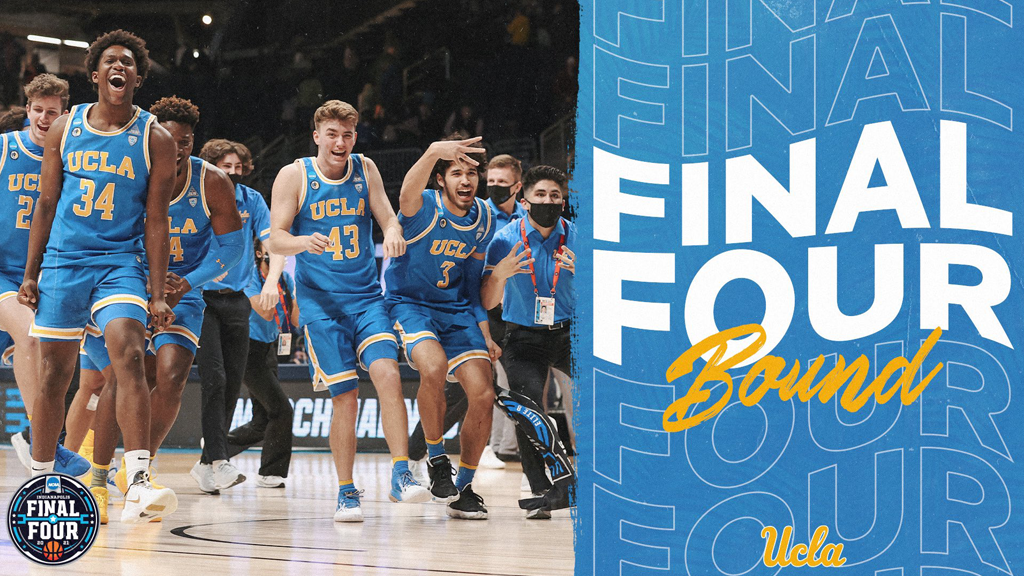 UCLA Bruins became the first team since VCU in 2011 to advance from the First Four to the Final Four, holding on to upset top-seeded Michigan 51-49 on Tuesday night. The Bruins was one of four at-large teams selected to the NCAA tournament and earned an 11-seed.

The Bruins led for most of the final 25 minutes of the game.

The Bruins move on to face overall No. 1 seed Gonzaga on Saturday.

Sophomore guard Johnny Juzang finished with a team-leading 28 points to lead the Bruins past Michigan, 51-49, on Tuesday night. UCLA has secured its first appearance in the NCAA Final Four since 2008.