Shakira & NBC Join Forces For "Dancing with Myself" Challenge Series 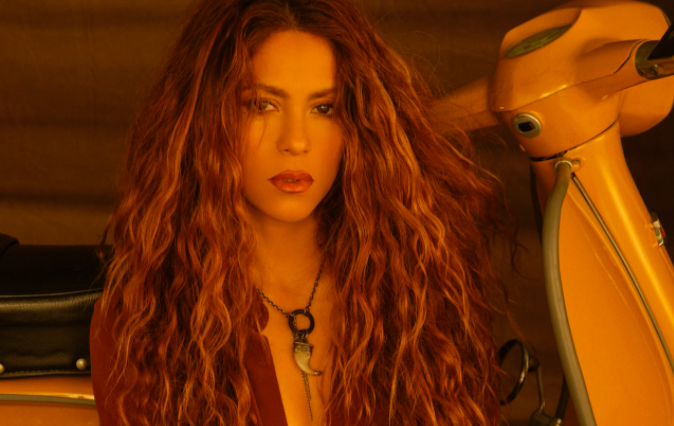 Taking the social media dance craze to a new level, NBC is joining forces with international superstar Shakira on the exciting dance challenge series "Dancing with Myself."

With more than 300 million followers, 80 million records sold worldwide and multiple Grammy Awards, music and dance icon Shakira broke the Internet in 2021 with her own viral dance, "Girl Like Me." Motivated by her passion and love for dance and the proliferation of dance challenges that have taken the world by storm, "Dancing with Myself," from Irwin Entertainment, is the ultimate family-friendly high-spirited competition that brings out the performer in all of us.

Every week a new group of fun-loving dancers from all walks of life and of all ages compete in a series of high-energy dance challenges that are designed and demonstrated by the show's celebrity creators, including Shakira. Isolated in their own pods, contestants have a short time to learn the new routines, add their unique flare and then perform their hearts out in front of a live audience.  As each round of the competition progresses, Shakira and her judging panel provide instant feedback and encouragement, but, ultimately, it's the studio audience that decides who wins Best Dancer of the Night and gets to take home the cash prize.

"I'm excited to be a part of a dance competition that places such a high value on creative movement and how it translates into personal expression, not to mention how it contributes to a sense of community," Shakira said. "I've personally been blown away by some of the talent I've seen thanks to people having access to their own platforms through social media. Dance has been an incredibly potent force throughout my life, and I'm eager to show the world how transformative, empowering and fun it can be."

Universal Television Alternative Studio, a division of Universal Studio group, and Irwin Entertainment are on board to produce the series. For Irwin Entertainment, John Irwin, Dave Kuba, Eli Frankel and Ben Thursby-Palmer are executive producers. Jaime Levine executive produces the series alongside Shakira. "Dancing with Myself" is licensed by NBCUniversal Formats, a division of Universal Studio Group.