Five individuals have been selected as winners of the 2021 Academy Nicholl Fellowships in Screenwriting competition.  The fellows will each receive a $35,000 prize and mentorship from an Academy member throughout their fellowship year.  From November 8 to 12, one fellow per day will be featured on the Academy's YouTube channel, in content including conversations with filmmakers Destin Daniel Cretton, Phil Lord, Our Lady J, Rawson Marshall Thurber and Olivia Wilde.  View a preview here.

The 2021 winners are (listed alphabetically by author):

Haley Hope Bartels (Los Angeles, CA), "Pumping Black"
After a desperate cyclist takes up a team doctor's dangerous offer, he seems on course to win the Tour de France.  But as the race progresses and jealous teammates, suspicious authorities, and his own paranoia close in, he must take increasingly dark measures to protect both his secrets and his lead.

Karin delaPeña Collison (West Hollywood, CA), "Coming of Age"
In 1965 Britain, Charlotte, a sheltered, studious schoolgirl, lands on a British Farce tour her mother stage manages, where private tutoring by company members replaces her formal schooling, with surprising success, and she experiences a Lolita-like flirtation in the morally wobbly era of Free Love, which leads both her and her mother to 'come of age.'

Byron Hamel (Winnipeg, Manitoba, Canada), "Shade of the Grapefruit Tree"
When a severely abused white boy befriends his sci-fi obsessed Black landlady, his fantasy of becoming a robot empowers him to recklessly confront his murderous stepdad. 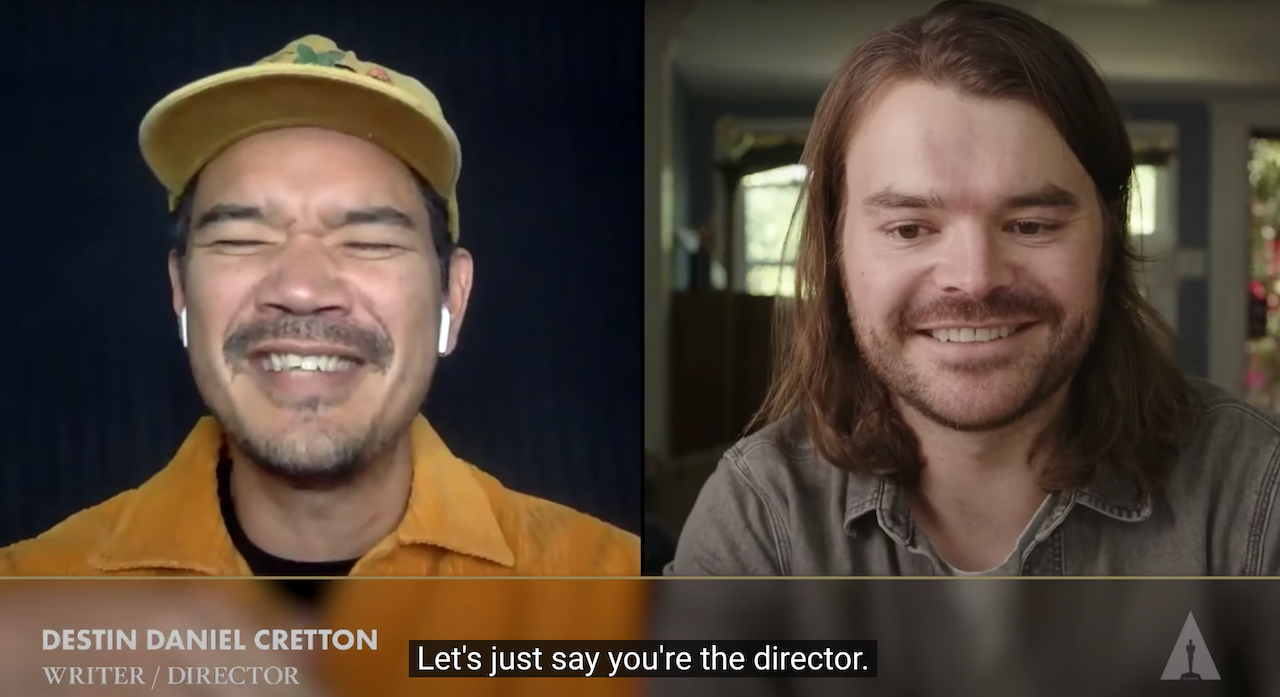 Laura Kosann (New York, NY), "The Ideal Woman"
Set in American suburbia during the Cuban Missile Crisis: A 1960's ex-actress and housewife finds her house-of-cards world begin to tumble as she continues to be pitted against two identities.

A record number of 8,191 scripts, from 89 countries, were submitted for this year's competition.  The first and quarterfinal rounds were judged by industry professionals, including graduates of the Academy's Diverse Reader Training Workshop, a free referral-only program established to train individuals from underrepresented communities to be story analysts.  The semifinal round was judged by Academy members across the spectrum of the motion picture industry.  Ten individual screenwriters were selected as finalists.  Their scripts were then read and judged by the Academy Nicholl Fellowships Committee, who ultimately voted the winners.

The 2021 finalists are (listed alphabetically by author):

Fellowships are awarded with the understanding that the recipients will each complete a feature-length screenplay during their fellowship year.  The Academy acquires no rights to the works of Nicholl fellows and does not involve itself commercially in any way with their completed scripts.

The global competition, which aims to identify and encourage talented new screenwriters, has awarded 171 fellowships since it began in 1986.  In 2021, several past Nicholl fellows added to their feature film and television credits:

For more information about the Academy Nicholl Fellowships in Screenwriting, visit oscars.org/nicholl.