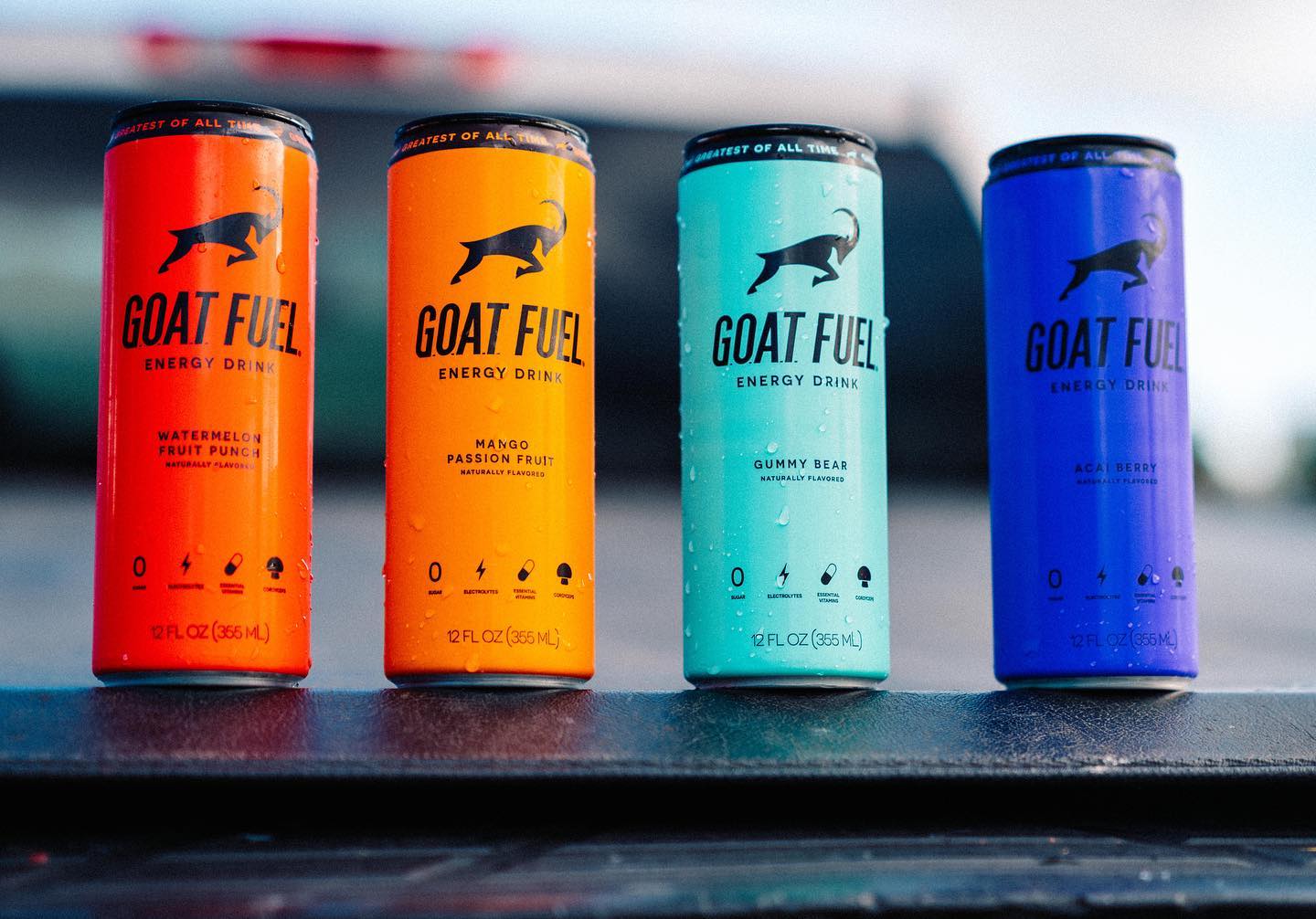 Today, the Los Angeles Lakers announced G.O.A.T. Fuel ® as the official energy drink of the team. G.O.A.T. Fuel ® is a health-focused energy drink, founded by NFL Hall of Famer and noted G.O.A.T. Jerry Rice, his daughter Jaqui Rice Gold and Trevion Gold. The multi-channel sponsorship will see G.O.A.T. Fuel ® activate across the Lakers' digital landscape via social media & website integration and visibility on the Lakers mobile app, in addition to retail sweepstakes promotions, brick-and-mortar pass through rights and in-arena corner board LED signage. Along with sponsorship activations throughout the year, a community-based initiative will also be launched, the G.O.A.T. First Responders Program, honoring front line workers on the court during games twice a season.

The sponsorship marks the first of its kind for the Lakers, establishing G.O.A.T. Fuel ® as the first energy drink brand the Lakers have aligned with. Rice, who is celebrated as the greatest NFL receiver of all time, serves as Executive Chairman of G.O.A.T. Fuel Inc. The deal illustrates the company's continued rise in the energy drink space and solidifies its position as the go-to energy drink for athletes and those looking for a clean boost of energy.

"The Lakers are one of the greatest sports teams of all time, and I'm excited they've chosen G.O.A.T. Fuel as their first official energy drink. Seeing how dedicated the team is both on and off the court, we're thrilled to offer to help keep them energized and fueled up with our health-focused drink, which is not just an energy drink, but a whole lifestyle," said Rice.

"We want nothing but the best for our players and successful, enduring careers are always the goal. And with the longest career of a wide receiver in NFL history, we feel Jerry Rice and his team at G.O.A.T Fuel have a good understanding of longevity and durability," said Tim Harris, President, Business Operations, Lakers. "We're excited to bring them on as the first official energy drink of the Los Angeles Lakers."

G.O.A.T. Fuel ® provides increased oxygen performance and a clean energy boost thanks to cordyceps mushrooms - the first energy drink to tap into the powerhouse adaptogen. Containing zero sugar and zero preservatives, G.O.A.T. Fuel ® delivers sustained energy and is powered by natural caffeine, green tea, BCAAs and 10 essential vitamins to improve recovery. The ideal beverage for anyone chasing greatness. Visit goatfuel.com to find out where G.O.A.T. Fuel ® can be purchased.