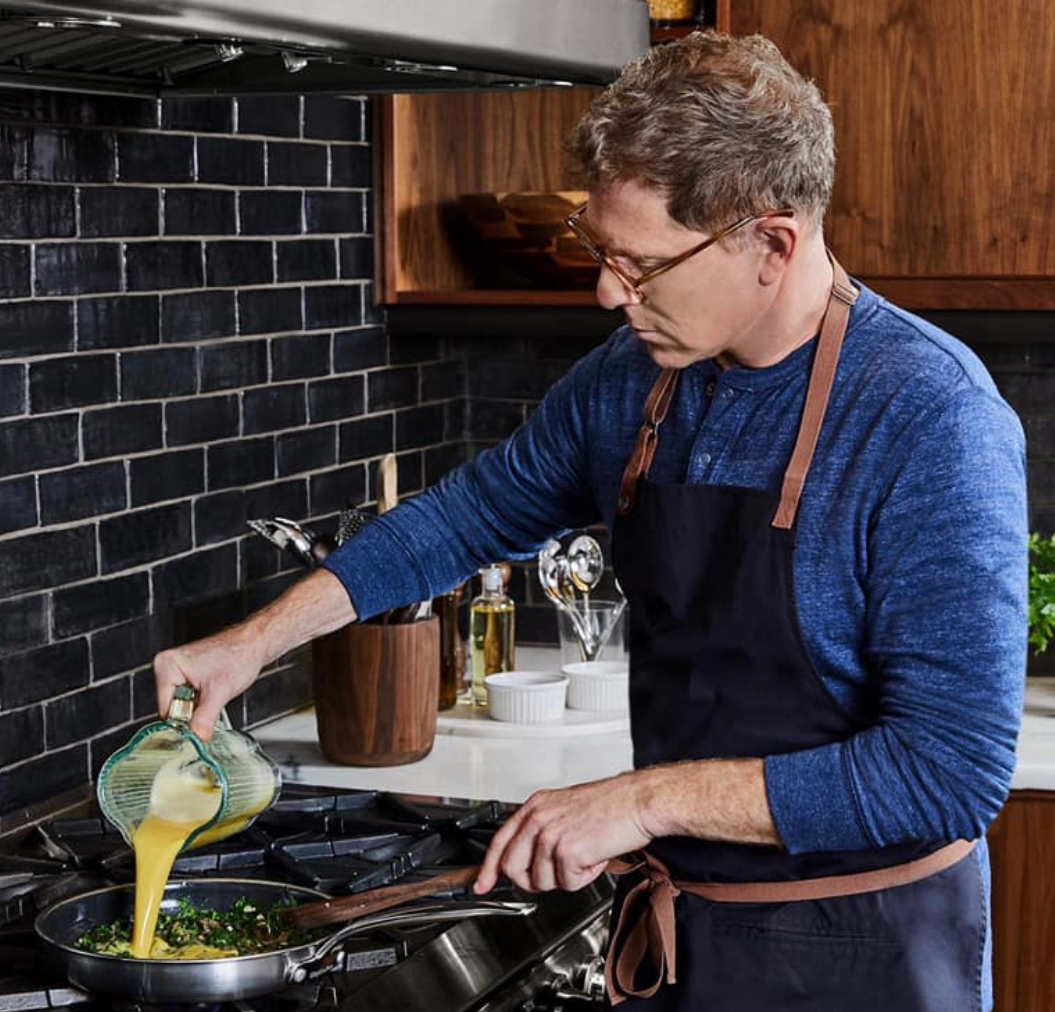 The new deal spans three years and includes development of new content for Food Network as well as for elsewhere within the Discovery portfolio. Fans of the superstar chef will be seeing new episodes of Flay’s primetime culinary competition series, Beat Bobby Flay, along with a new project, Bobby and Sophie on the Coast (wt), featuring the chef alongside his daughter Sophie, set to premiere in 2022. A versatile talent both on and off camera, Bobby has been a major influence in shaping how audiences experience the evolving world of food.

One of the most respected food authorities and the longest-running Food Network talent to have new episodes or series in premieres, with this new deal Flay will be continuing to share his skills and talent with audiences globally for years to come. The culinary icon will continue to take an active role in the development and production of his own series through his Rock Shrimp Productions. Bobby Flay made his first appearance on the network in 1994 and by 1996 was co-hosting his own series, Grillin' & Chillin'. Additional iconic and award-winning series that have helped to make Flay a household name include: BBQ Brawl, Bobby Flay's Barbeque Addiction, Boy Meets Grill, Brunch @ Bobby's, Food Network Star, FoodNation with Bobby Flay, Grill It! with Bobby Flay, Hot Off the Grill, Iron Chef America, Throwdown with Bobby Flay, his digital series Bobby Flay Fit, as well as numerous holiday specials and guest appearances.

“We are thrilled to continue Bobby Flay's long standing relationship with Food Network. He captivates our audience with his incredible culinary skill, fierce competitive spirit and his trademark ability to share a deep passion for food,” said White. “Bobby generously invites viewers into his culinary world, sharing his #WeCook philosophy and inspiring everyone in the kitchen. Continuing this creative relationship with such an extraordinary talent is the perfect way to usher in the holidays.”

Added Flay, “I'm thrilled to extend my relationship with Food Network and Discovery. Although these talks to renew took a little longer than expected, the important thing is that both sides are happy that we can now build on an already rock solid foundation. Stay tuned for some incredibly exciting new shows as I promise to take food and cooking to places we've never imagined before.”

Bobby Flay is an award-winning chef, restaurateur, cookbook author and media personality. He's opened numerous upscale restaurants in New York City and beyond, the first of which was the renowned Mesa Grill in 1991. In May of 2021, Bobby opened Amalfi at Caesars Palace in Las Vegas. This all-new restaurant concept celebrates the vibrant cuisine of Italy's Amalfi Coast, a place near and dear to Bobby's heart. In addition to his fine dining restaurants, there are several outposts of Bobby's fast-casual concept, Bobby’s Burgers, across the country - including Caesars Palace in Las Vegas and at Yankee Stadium. Bobby is the author of 16 best-selling cookbooks, including the most recent titled Beat Bobby Flay, featuring recipes from his hit Food Network show with the same name. He is currently hard at work on his next cookbook, which will be released next year. Flay has starred in dozens of Food Network programs, including BBQ Brawl, Beat Bobby Flay, Brunch @ Bobby’s, The Flay List, Iron Chef America as well as numerous specials. In 2021, Bobby and Giada in Italy, premiered as a launch title for the new discovery+ streaming service. Among his many distinctions are the 1993 James Beard Award for Rising Star Chef of the Year, his induction into the James Beard Foundation’s Who’s Who of Food and Beverage in America in 2007. Bobby has received five Daytime Emmy Awards for Boy Meets Grill, Grill It! with Bobby Flay and Barbecue Addiction. In 2015, he received a star on the Hollywood Walk of Fame - the first chef ever to be awarded one. Bobby is the proud father to daughter Sophie, who works as a journalist for a major television network in Los Angeles. Bobby and Sophie have a podcast called Always Hungry with iHeartRadio. He also has two Maine Coon cats, Nacho and Stella, who have made quite a name for themselves on social media. Nacho Flay recently launched his very own brand of chef-driven, cat-crafted cat food, Made By Nacho, so can now call himself an entrepreneur and business Founder as well.