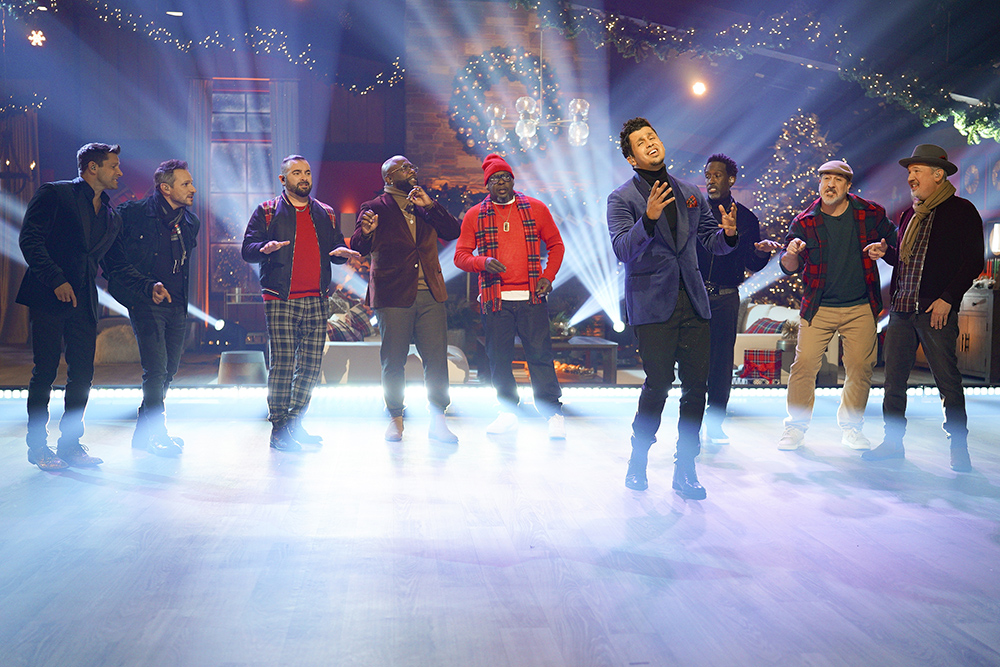 The special will debut a new original song appropriately titled "A Very Boy Band Holiday" performed by *NSYNC's Joey Fatone and Boyz II Men's Wanya Morris, a special performance of "This One's For The Children" by Joey McIntyre and his son Griffin McIntyre, as well as some of the groups' hits and a mix of classic holiday favorites including "Let It Snow," "This Christmas," "Merry Christmas, Happy Holidays" and more. It's a festive night to reminisce, harmonize and invite families to curl up on the sofa together with a warm cup of cocoa, sharing a merry night full of falalalas.