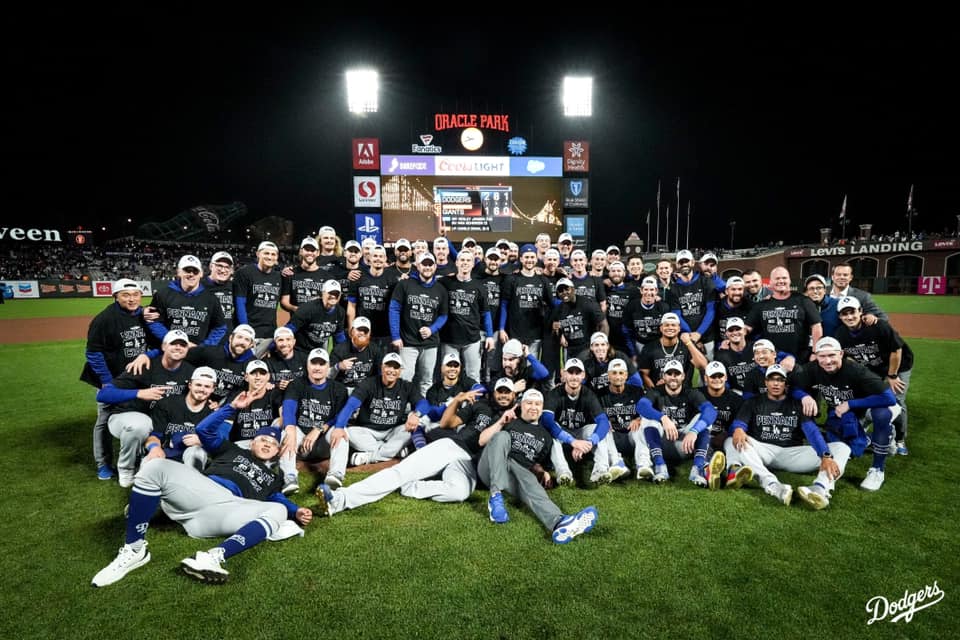 Cody Bellinger delivered the biggest hit of the Dodgers’ season, a two-strike RBI single in the ninth inning to help Los Angeles beat San Francisco, 2-1, in a thrilling Game 5 of the NL Division Series on Thursday night.

As reported, in order for the Dodgers to finally get past the Giants, they needed just about every player on the roster to contribute. Through eight innings, the Dodgers and Giants had the same number of runs, hits and men left on base, a fitting summary of just how close the battles were between the two longtime rivals over the last seven months.

Both teams came into Thursday’s game with 109 wins this season. The team to 110 would move on to the next round. After chasing the Giants for seven months, the Dodgers can finally say they beat their rivals.