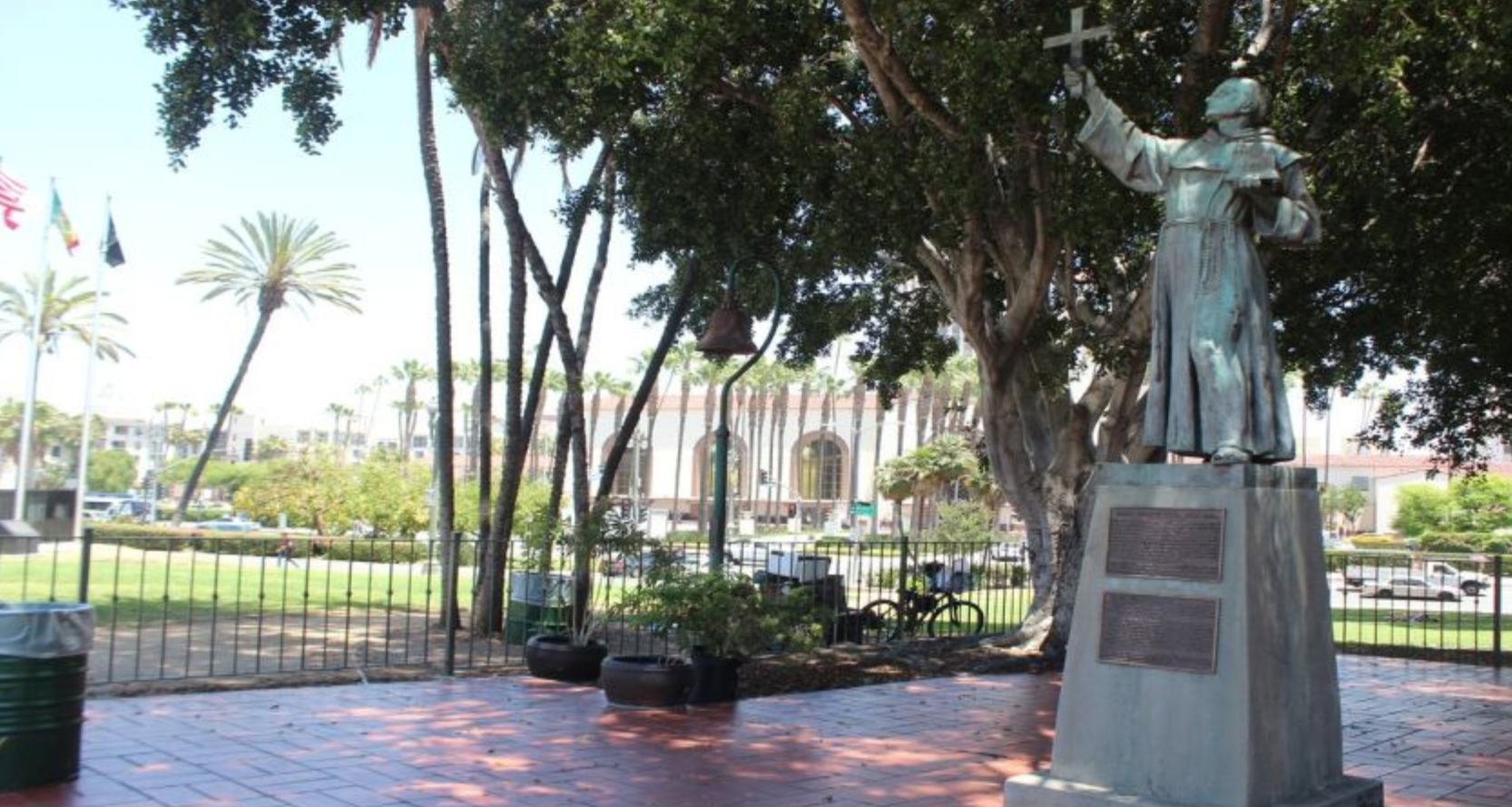 Mayor Eric Garcetti today announced the beginning of a process to rename La Plaza park informally known as Father Serra Park in Downtown L.A. In collaboration with Councilmember Mitch O'Farrell and local tribal communities, an Indigenous Cultural Easement will also be created to give local indigenous communities priority access to the park for practice of traditional ceremonies.

"Los Angeles is a city of belonging that takes responsibility for the mistakes we've made in the past," said Mayor Eric Garcetti. "Our indigenous brothers and sisters deserve justice and today we take a step toward delivering both greater cultural sensitivity and spaces for Angelenos to gather and perform their traditional ceremonies."

In partnership with Councilmember Mitch O'Farrell and the Native American Indian Commission (NAIC), the City plans to remove Junipero Serra's name from a portion of the park. Until a new name is formally adopted, that part of the park will be referred to by its official name, La Plaza Park. This partnership has also yielded a framework to establish an Indigenous Cultural Easement at the park and eventually in other locations across Los Angeles.

"All land is Indigenous," said Councilmember Mitch O'Farrell, a member of the Wyandotte Nation and the first Native American on the Los Angeles City Council. "With the Indigenous LAnd Initiative, for the first time ever, we are putting Native American communities at the center of decision-making on issues related to our history and our future."

In November 2019, Mayor Garcetti convened the Mayor's Office Civic Memory Working Group, a group of 40 historians, indigenous elders and scholars, architects, artists, curators, designers, and other civic and cultural leaders. Its main charge was to produce a series of recommendations to help Los Angeles engage more productively and honestly with its past — especially where that past is fraught or has been buried or whitewashed.

In April 2021, the group published Past Due, a report with 18 key recommendations on how the City can begin recognition of its past wrongdoings. The recommendations on Indigenous Land Acknowledgement and the Work of Decolonization are helping set the stage for the initiatives being announced today. The late Tongva cultural leader Julia Bogany, who passed away earlier this year, was an instrumental member of the committee that developed these recommendations, among other Indigenous elders and leaders.

Lifestyle
It's Fire Prevention Week: Here's What You Need To Know