The Sopranos are having a moment. Spurred by everything from mid-pandemic Netflix binges to The Many Saints of Newark's premiere, everyone's favorite mafia family has found itself at the center of the cultural zeitgeist once again amongst fans new and old. And it just so happens that Dietz & Watson has launched a new Halloween campaign inspired by Tony Soprano's favorite snack: capicola, or gabagool.

Dietz & Watson premium meats and cheeses of Philadelphia has something for everyone. So, they created a seasonal cooking show that features everything Dietz has to offer including everything for a spooky, ooky Halloween gathering. It's called "Halloween Hosting with The Gabaghoul."

Vincent Pastore (Big Pussy) has turned into a real ghoul. "The Gabaghoul" to be more specific  – a meat and cheese loving monster who's here to show the world his culinary tips and tricks. And while he is certainly ghastly, he's South Philly born and bred with plenty of local attitude.

In short videos, he attempts to show the world his culinary tips and tricks, each of which gets thwarted by an unexpected mishap. In one spot, a bat flies away with one of his hotdogs, while, in another, salty snacks eerily float out of a Jack-o'-lantern.

The campaign launches today, October 12th, and will be promoted on social media and online video through the end of the month. Consumers will be directed to the dietzandwatson.com/halloween where they can learn more Halloween meat and cheese recipes such as a Spooky Charcuterie Board, Mummy Dogs, and a Snackable Skeleton.

Developed by its creative agency of record, Red Tettemer O'Connell + Partners (RTO+P), the new campaign builds on other fun, offbeat moments that Dietz & Watson has created over the past few years. In 2018 they launched Dietz Nuts, a packaged meat snack promoted by Craig Robinson. In 2019, they created Delishop, the world's largest collection of meat and cheese apparel, in a pop up storefront on Philadelphia's South Street. The Gabaghoul fits in this tradition of "playing with your food." 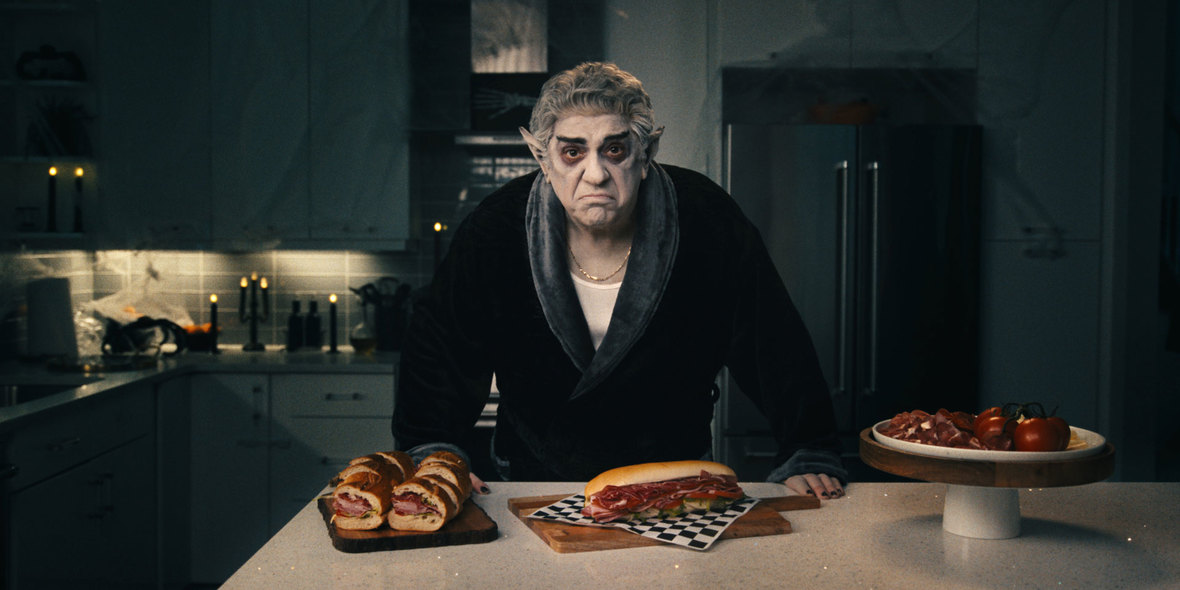 Lifestyle
Halloween Safety Tips: Why Chocolate Is Bad For Your Dog