Disney+ shared the trailer for its upcoming original documentary series "Marvel's 616," streaming on the service November 20. The eight-episode anthology series gives viewers a deeper look into the creative world of Marvel.

"Marvel's 616" explores Marvel's rich legacy of pioneering characters, creators and storytelling to reflect the world outside your window. Each documentary, helmed by a unique filmmaker, showcases the intersections of storytelling, pop culture, and fandom within the Marvel Universe.

Episodes in this anthology series will cover topics including Marvel's world-spanning artists, the trailblazing women of Marvel Comics, discovering the "forgotten" characters of Marvel, and much more. 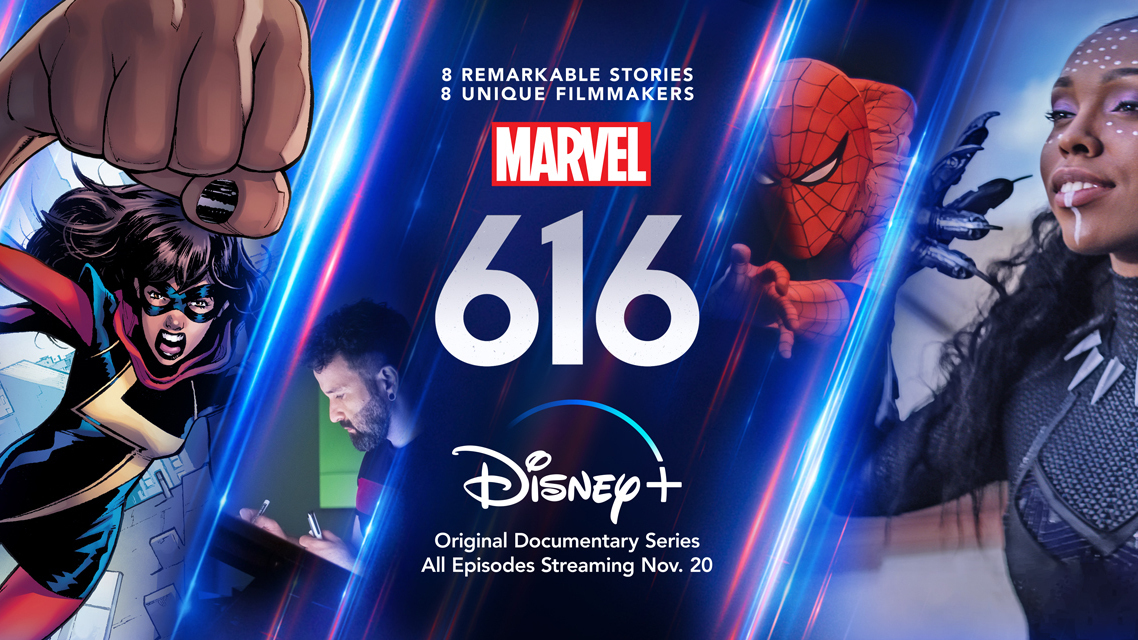