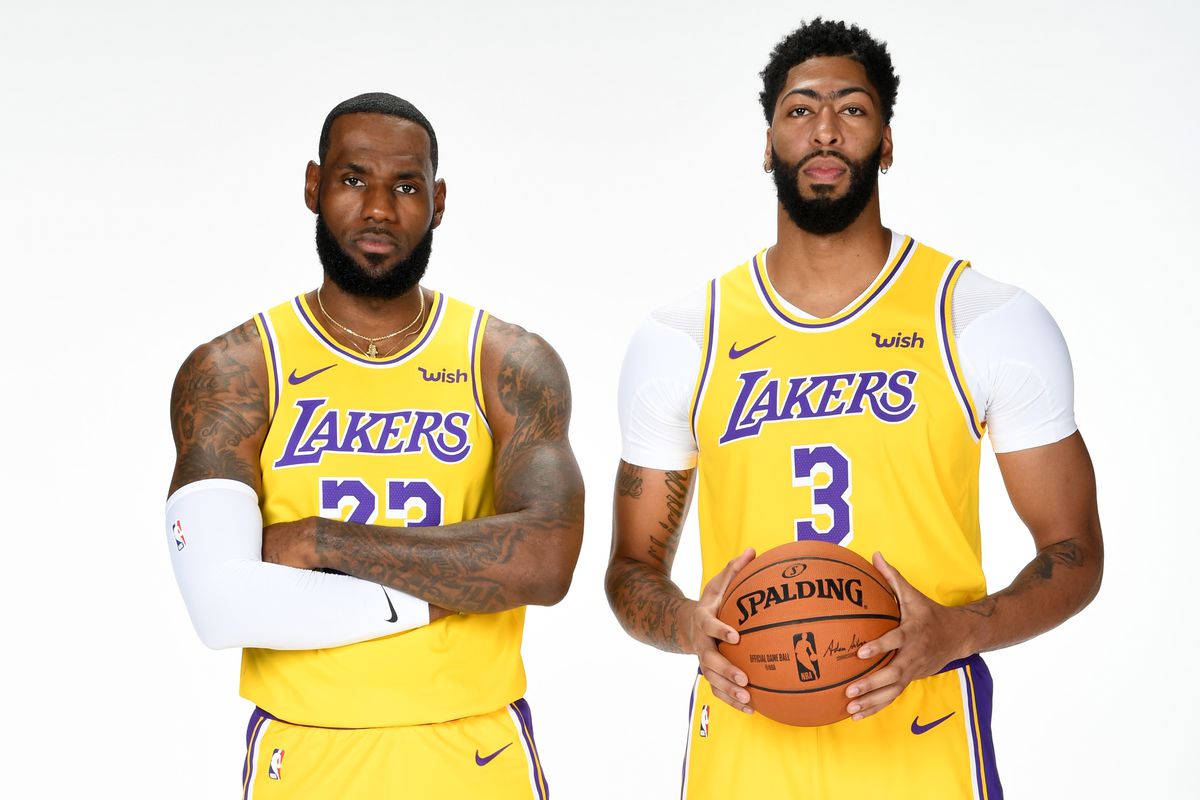 Los Angeles Lakers forwards LeBron James and Anthony Davis have been named to the All-NBA First Team, it was announced today. It marks the 13th time the Lakers have had multiple First Team selections, a first since Kobe Bryant and Shaquille O'Neal following the 2003-04 season. The duo led a Lakers squad that finished with a conference-leading 52-19 regular season record in 2019-20 and earned the team's first Western Conference Finals appearance since 2010.

James received First Team honors for an NBA-record 13th time after averaging 25.3 points (.493 FG%), a career-high and league-leading 10.2 assists, 7.8 rebounds and 1.2 steals over 67 games this season. It is the 16th consecutive All-NBA honor of his career, surpassing former Lakers Kobe Bryant and Kareem Abdul-Jabbar, as well as Tim Duncan, for the most selections in league history. A 16-time NBA All-Star, James also moved to third place on the NBA's all-time scoring list this season and extended his NBA-record double-digit scoring streak to 995 games.

Davis, selected to the All-NBA First Team for the fourth time in his career, earns the honor for the first time since 2017-18. In 62 games, he averaged 26.1 points (.503 FG%), 9.3 rebounds, 3.2 assists, 2.3 blocks and 1.5 steals in his first season with the Lakers. Davis, a seven-time NBA All-Star, was named to the NBA All-Defensive First Team last week, finished second in Defensive Player of the Year voting and was one of two players to average at least 2.0 blocks and 1.5 steals per game this season.

The All-NBA Teams were selected by a global panel of sportswriters and broadcasters. The media voted for All-NBA First, Second and Third Teams by position with points awarded on a 5-3-1 basis.  Voters selected two guards, two forwards and one center for each team, choosing players at the position they play regularly. Players who received votes at multiple positions were slotted at the position where they received the most votes.

Television
Meet the New Teams For CBS' THE AMAZING RACE