STAPLES Center Will Transform Into A Voting Center For Elections 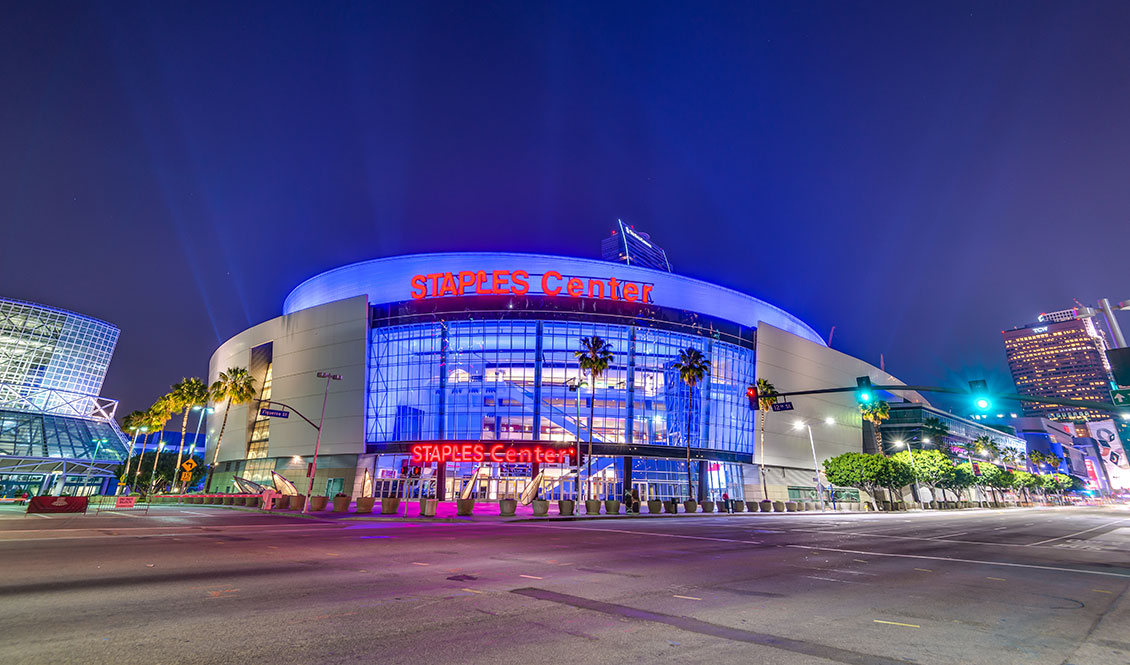 Voters can cast their ballot at STAPLES Center beginning Friday, October 30 through Election Day, November 3. STAPLES Center will also act as a Vote by Mail Drop Box location for those who prefer to drop off their voted mail-in ballot in an official drop box provided by the L.A. County Registrar's office.

"The Lakers organization is extremely pleased to be able to partner with AEG and the County of Los Angeles to open up STAPLES Center to provide a safe and easily accessible location for people to vote," said Jeanie Buss, Lakers Governor. "For our democracy to function, all citizens need to be able to vote in a secure and safe way – and we're very happy to be able to play our part in ensuring that they can."

"We are proud to partner with the Los Angeles Lakers, the State of California and the County of Los Angeles in support of all of our residents who are guaranteed a safe and secure location to exercise their right to vote and have a voice in our democracy," said Dan Beckerman, President and CEO, AEG.

"For more than 20-years, STAPLES Center has been the heart and soul of Los Angeles and hosted some of the most iconic events our fans have attended, watched or participated in.  It's the right decision at this critical time for our Country that once again we provide a safe and convenient location for our fans to come together, this time to exercise their right to vote," said Lee Zeidman, President STAPLES Center, Microsoft Theater and L.A. LIVE.

"In 2020, Angelenos can vote with a Mamba Mentality," Secretary of State Alex Padilla said. "The Lakers are taking action to meet the NBA Players Association and NBA's commitment to create a more equitable democracy. Larger venues like Staples Center are at a premium to provide safer voting options during the pandemic. A vote center at Staples Center is a slam dunk for Los Angeles voters. I am thankful for the collaboration between elections officials, the Lakers, and AEG to create a meaningful partnership that will help more citizens have their voices heard and stay safe."

"Partnering with the Los Angeles Lakers, AEG, and STAPLES Center to act as a Vote Center in the upcoming Presidential General Election speaks to the organization's commitment and spirit of enfranchising Los Angeles County voters. Hosting a Vote Center at STAPLES Center provides voters with a safe in-person experience while ensuring access and opportunity for voters who might otherwise face barriers to participate," said Dean C. Logan, Los Angeles County Registrar-Recorder/County Clerk.  "In these uncertain times, this collaboration strengthens the civic health and vitality of the nation's largest electorate."

"I would like to extend my gratitude to the Los Angeles Lakers and Staples Center for their partnership with Los Angeles County in opening a vote center for the November General Election," said Los Angeles County Supervisor Hilda L. Solis.  "As the players of the Lakers and the NBA as a whole have shown, now is the time to be active in voicing our values for real change. This partnership will serve to uphold our most sacred democratic institution—the right to free and fair elections."

FYI
Los Angeles: To Trick or Treat Or Not?