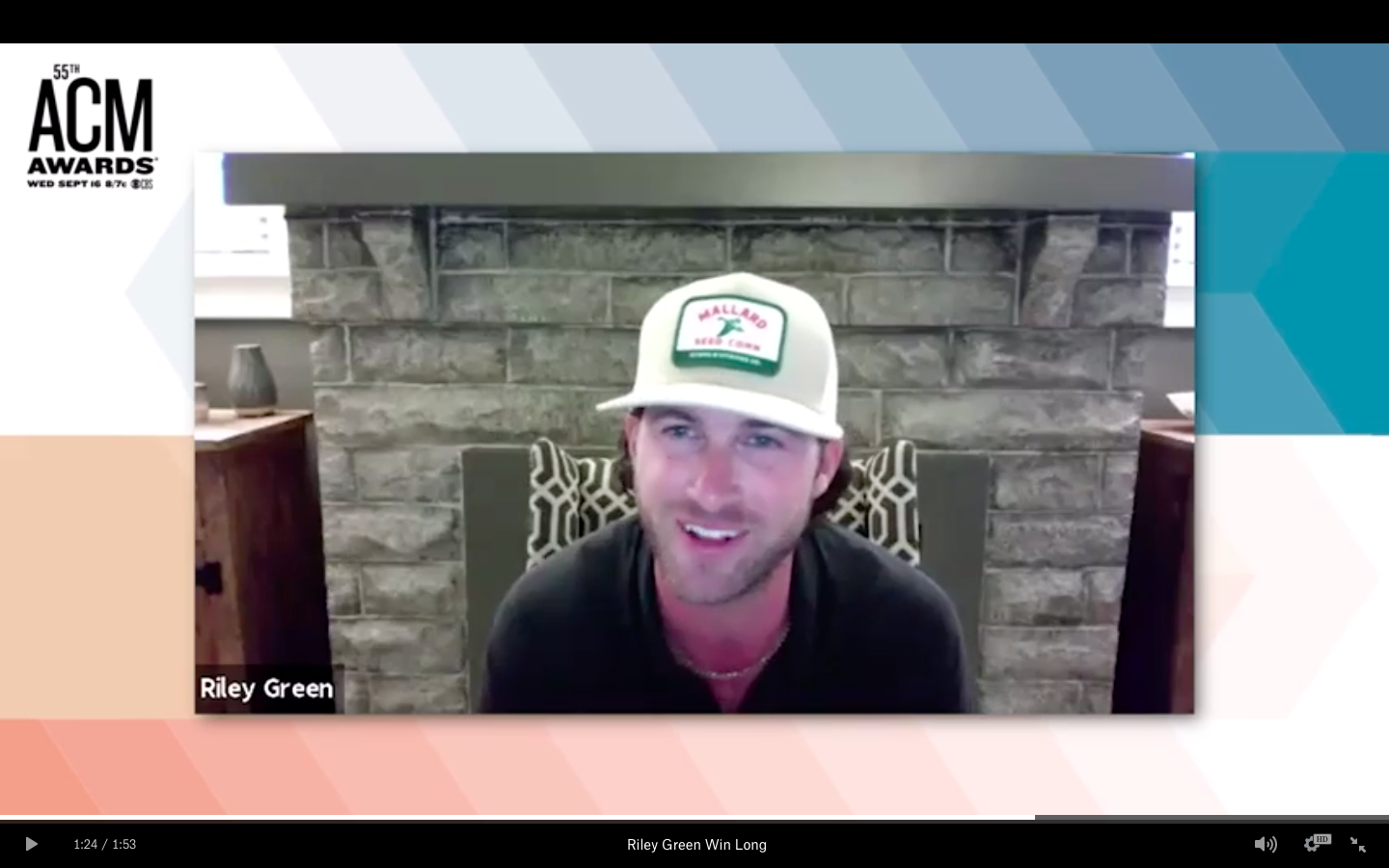 The Academy of Country Music® revealed Riley Green as the New Male Artist of the Year and Tenille Townes as the New Female Artist of the Year for the 55TH ACADEMY OF COUNTRY MUSIC AWARDS™, a night of heart and hits live from Nashville, to be broadcast Wednesday, Sept. 16 (8:00-11:00 PM, live ET/delayed PT) on the CBS Television Network, and available to stream on demand and on CBS All Access. Both will perform on the telecast.

Green and Townes were surprised with the news of their wins during a video meeting crashed by 55TH ACM AWARDS® host, reigning ACM® Entertainer of the Year and 15-time ACM Award winner Keith Urban. For the first time in the show’s history, the ACM Awards will take place in Nashville, broadcasting from three iconic country music venues including the Grand Ole Opry House, Nashville’s historic Ryman Auditorium, and the Bluebird Cafe.

“When we had to come off the road back in March, I wasn’t sure what the rest of 2020 would look like,” said Green. “So much has happened in the world since then, and I’m really excited to have a moment to play music again. My grandfathers’ love for country music is what led me to this moment, and I have to dedicate this award to them. Thank you to everyone who believes in my music enough to let this boy from Alabama get to share his songs like this.”

“I’ll always remember this feeling, standing here as a new artist,” said Townes. “I feel so honored and incredibly grateful just to be a part of this country music community that inspires me. Receiving this ACM Award feels like belief from that community, and that means so much to me.”

“This year’s New Artists have experienced astounding success already, and the Academy feels honored to be able to present them with their first ACM Award win,” said Damon Whiteside, CEO of the Academy of Country Music. “We hope this is a memory that they will carry with them as their careers continue to thrive. A huge congratulations to all of this year’s well-deserving nominees, and a special thank you to the artists’ teams who helped the Academy pull off the surprise, especially our host Keith Urban for making this moment monumental. We can’t wait to see Riley and Tenille on the 55TH ACM AWARDS stage on Sept. 16!”