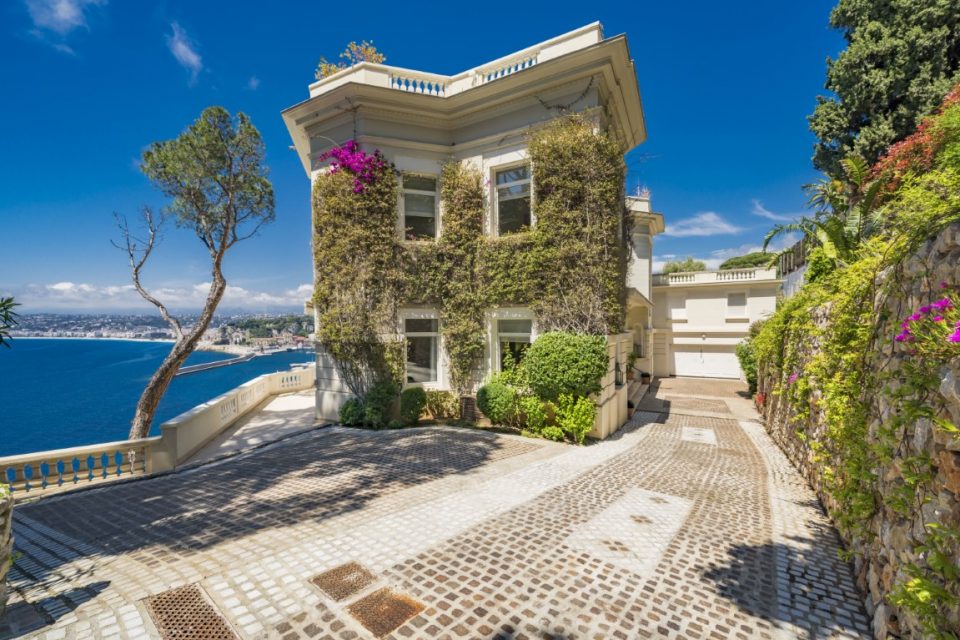 Sir Sean Connery was the quintessential James Bond. The screen’s original 007: smart, handsome, refined, debonair and the most popular of the nine actors who took on the classic-spy role created by British-naval-intelligence-officer Ian Fleming in 1953. Instantly recognized by most people through the James Bond film franchise of the 1960s to ‘80s including Goldfinger, Diamonds are Forever, Dr. No and From Russia With Love, Connery eventually went beyond the Bond roles winning an Academy Award for The Untouchables, three Golden Globes and Kennedy Center Honors in an acting career of over 50 years.

A Scottish expat, Connery lived in Spain for some years before moving to the South of France into one of the region’s most stunning and well-located villas with views overlooking the city of Nice and the Mediterranean Sea from a hill on the Cap de Nice.  Adding a touch of reality to his Bond films, Sean’s home was used in several scenes of the Bond-movie Never Say Never Again that was filmed in Nice and nearby Monaco.  Now for sale, Sean Connery’s former home is priced at $33.87 million. 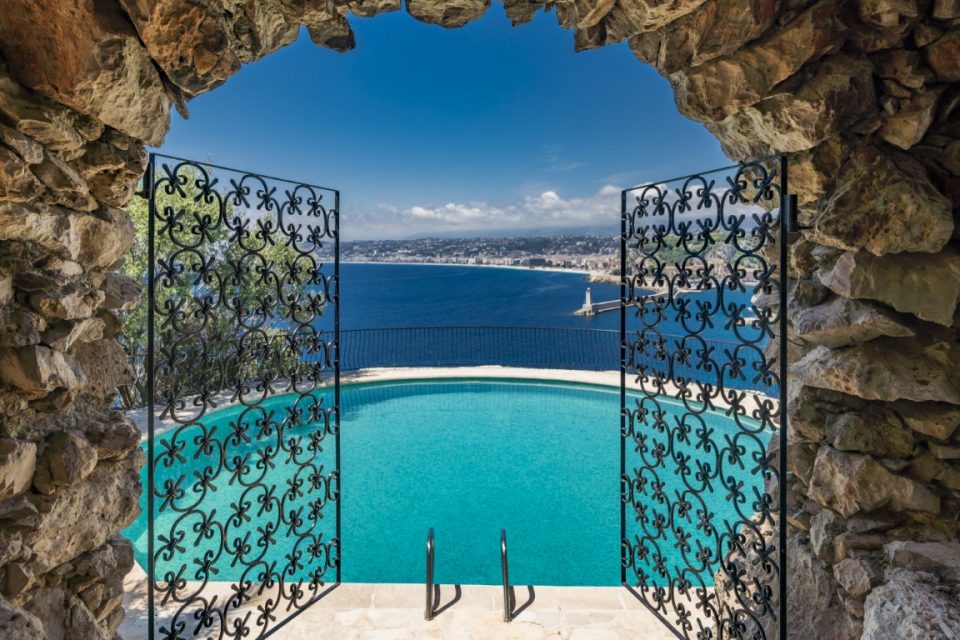 By the time Connery moved into the French home, he had already achieved wealth in the hundreds of millions and was turning down roles that would have paid him as much as $450 million for one film.  In 1971, Connery insisted he was through with acting and would never return to it because retirement “was so much fun.” But when he was asked in 1983 to play yet another James Bond film based on Ian Flemming’s novel Thunderball, he couldn’t resist the script and agreed to do the film.  It was his wife, Micheline Roquebrune, who named the film Never Say Never Again, based on his previous claims that he would never do a seventh James Bond movie.

Sited on over one acre,Connery’s home includes landscaped terraces that flank a winding path to the sea, green strips of lawn, a saltwater pool at the edge of the cliff with amazing views over Nice, the Promenade des Anglais and the Old Port, along with two complete two-bedroom guest houses.

Above the two-car attached garage is a staff apartment.  All located behind the entrance gate for complete privacy, the main stone mansion, styled in the classic French architecture of the 1920s, is dressed in colorful wisteria vines adding more romance to its already idyllic setting.  Built on five levels with an elevator and rooftop terrace, its five bedrooms and baths are distributed between all the floors.  The entrance opens into the grand hall with floor-to-ceiling windows capturing more views of Nice, mountain and sea.  Wrap-around and garden terraces invite lounging, sunset cocktails and dining under the stars. Period details such as wide-planked parquet floors run throughout the building.  The main level also houses a family room and another room and kitchenette currently being used as an office.  The dining room and kitchen are located on the lower floor and open to a garden terrace.  The upper-level master suite has his-and-her baths, a dressing room and private balcony.  The bottom level has a fitness complex with gym, hammam and large indoor swimming pool that opens to the gardens, shower and dressing areas. 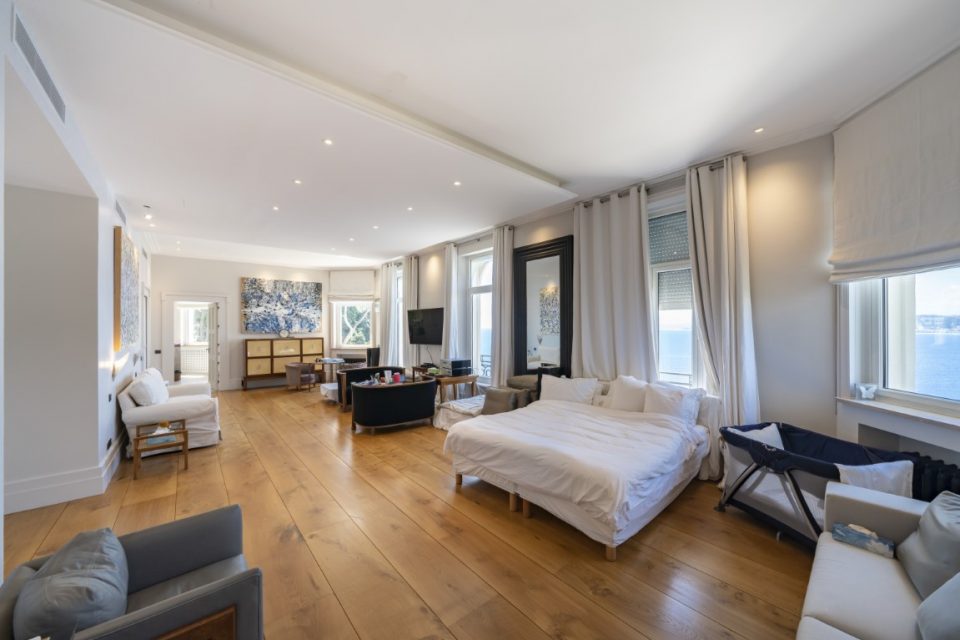 Just like James Bond who enjoyed the best food, drinks, cars and girlfriends, the spectacular villa where Sean Connery lived for many years in the South of France is for sale. Priced at $33.87 million, it is listed with Edward de Mallet Morgan, Knight-Frank, Nice, France.