The Nantucket Film Festival (NFF) announced the film lineup for its new online series, NFF NOW: AT HOME. With NFF's in-person summer festival cancelled in the wake of the pandemic, organizers swiftly shifted gears to present instead an online program. NFF NOW: AT HOME offers a selection of new feature-length and short films, filmmaker Q&As, and In Their Shoes...® conversations for NFF Passholders between June 23-30. 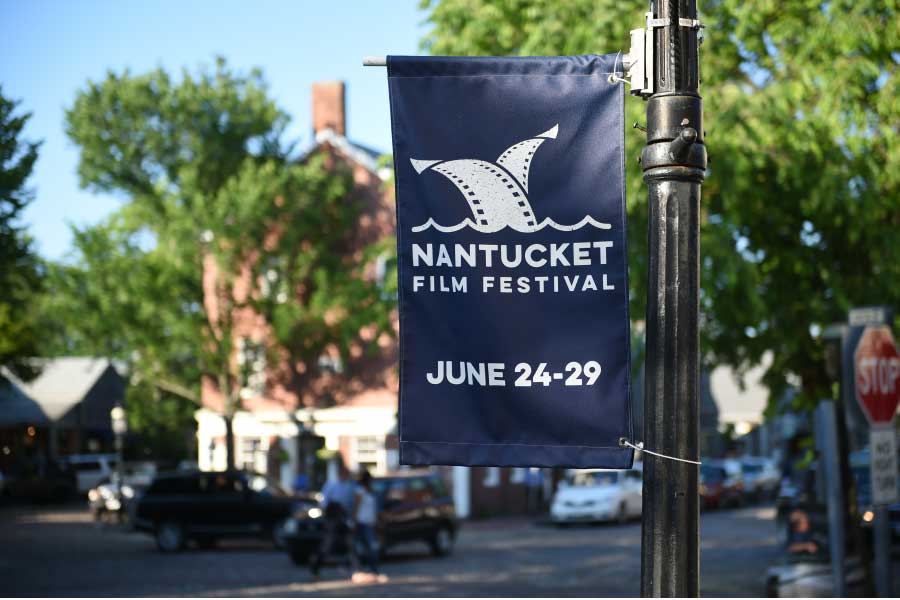 Twelve new features explore the worlds of art, politics, music, and comedy, and include JIMMY CARTER, ROCK & ROLL PRESIDENT, directed by Mary Wharton, about the US president's strong connection to music; LAPSIS, written and directed by Noah Hutton, a smart sci-fi parable about humans competing with robots in a near-future gig economy; 9TO5: THE STORY OF A MOVEMENT, directed by Academy Award-winning directors Julia Reichert and Steven Bognar (AMERICAN FACTORY), about the secretary-led movement for better work conditions, which inspired the hit movie; AGGIE, directed by Catherine Gund, a portrait of the filmmaker's mother, philanthropist and social justice activist Agnes Gund; MADE YOU LOOK: A TRUE STORY ABOUT FAKE ART, directed by Barry Avrich, a deep dive into the largest art fraud in US history; THE MOLE AGENT, directed by Maite Alberdi, which follows an 83-year-old spy as he goes undercover in a retirement home; MIRACLE FISHING, directed by Miles Hargrove, which immerses viewers in a tense story of kidnapping and ransom negotiations in 1990s Colombia; MAYOR, directed by David Osit, a disarming portrait of life under occupation through the experiences of the mayor of Ramallah; THROUGH THE NIGHT, directed by Loira Limbal, about the owner of a 24-hour daycare center and the families who depend on it; BABY GOD, directed by Hannah Olson, which reveals the unexpected secret of an acclaimed fertility doctor; RIVER CITY DRUMBEAT, directed by Marlon Johnson and Anne Flatté, which follows the co-founder of a Louisville drum corps as he passes the torch to the next generation; and, making its World Premiere, JULIA SCOTTI: FUNNY THAT WAY, the humorous and heartfelt comeback story of the trans comedian.

In addition, 19 short films from fresh new talent will be presented in three programs. Take a deep dive into the meaning of family in the narrative program Family Matters, and explore modern life with a bit of levity in the narrative program Humor and Honey. Rounding out the shorts series is the timely documentary program Excellence in Action, which shines a spotlight on breaking barriers.

NFF Film Program Director Basil Tsiokos said, "This announcement comes at a particularly challenging time in our country. NFF stands with those speaking truth to power. We believe in the importance of words, the impact of voices, and the healing capacity of shared stories. For 25 years, the Nantucket Film Festival has brought hundreds of filmmakers and storytellers together to  share their films and personal stories. NFF NOW: AT HOME continues in that tradition, with a new selection of stories that should be heard."

NFF NOW: AT HOME runs from June 23-30, 2020. Passes are only $75, provide access to all online programming, and are currently on sale at the Festival's website (www.nantucketfilmfestival.org).

The full film program for NFF NOW: AT HOME is listed below.

9TO5: THE STORY OF A MOVEMENT

In the 1970s, fed up with on-the-job abuse, America's secretaries took to the streets, creating a movement called 9to5, which later inspired the hit film.

AGGIE explores the nexus of art, race, and justice through the story of art collector and philanthropist Agnes "Aggie" Gund, a true maverick who demonstrates the power of art to transform consciousness and inspire social change.

Hailed a miracle worker, Las Vegas fertility doctor Dr. Quincy Fortier practiced for decades. Now, with the advent of commercial DNA testing, his secret is out.

A testament to the power of music, JIMMY CARTER, ROCK & ROLL PRESIDENT traces how popular music helped propel Jimmy Carter into the White House and explores the significant role that music has played in President Carter's life and work.

WORLD PREMIERE. Decades ago, Julia Scotti performed as Rick Scotti, and appeared on bills with Jerry Seinfeld and Chris Rock. Now, the trans comedian returns to the stage as "the crazy old lady of comedy," in this tender, funny, and triumphant comeback story.

In this sci-fi parable, delivery man Ray Tincelli is struggling to support himself and his ailing younger brother. When he turns to a strange new corner of the gig economy, Ray faces a pivotal choice to either help his fellow workers or to get rich and get out.

MADE YOU LOOK: A TRUE STORY ABOUT FAKE ART

Controversy erupts when an unassuming couple floods the American art market with a collection of fake art valued in the millions, bewildering the art world elite, in this entertaining and suspenseful tale of an ingenious con that everyone wanted to believe was real.

This captivating portrait of life in Palestine under Israeli occupation follows Musa Hadid, the Christian mayor of Ramallah, over the course of his second term as he navigates civic responsibilities in a volatile political climate.

The story of a group of ordinary people who joined together to overcome relentless hurdles and achieve the impossible: freeing their loved one from Colombian kidnappers.

When a family becomes concerned about their mother's well-being in a retirement home, they hire a private investigator, who plants 83-year-old Sergio inside the home as an undercover spy.

For 30 years, Nardie White has dedicated his life to empowering African American youth in Louisville, Kentucky through his River City Drum Corps. With retirement approaching, he must train his successor in this powerful, uplifting story of music, love, and legacies.

An exploration of the personal cost of our modern economy through the stories of two working mothers and a child care provider whose lives intersect at a 24-hour daycare center.

Values, love, and support are highlighted in this deep exploration of what a family looks like.

IF ANYTHING HAPPENS I LOVE YOU

Jack, a man disillusioned with life, works the night shift at a cryogenics facility.

A first generation Chinese-American father and his son navigate the complexities of race, ethnicity, and identity.

Rosa Forlano, a 90 year old Nonna, falls in love with a robot while teaching it how to make spaghetti.

Birdie, a biracial girl raised by her Jewish mom, spends a rare day with her father while preparing for her bat mitzvah.

A PIECE OF CAKE

When a desperate father discovers his daughter's favorite cake decoration is illegal, he descends into a confectionery black market.

Stories about the trials and potential of modern life, with a hint of sweetness.

Three Indian people imagine their personas as their "coffee shop names," the names they give baristas because their real names are hard to pronounce.

A local TV news reporter, driven to advance his career, meets a psychic who offers to share his visions of future breaking news stories.

LANCE (IN A NECK BRACE)

After a devastating breakup, Lance listens to instructional cassette tapes on how to heal his broken heart.

THE POET AND THE PLANT

A poet loves his new houseplant so much he kills it.

Set in a neo-steampunk world, Douglas enlists the help to win the girl of his dreams.

Jay and Alex, roommates and best friends, debate whether it's instinct or social norms that drives their sexual identities.

Two childhood friends with a holiday tradition catch up and realize how their lives have diverged.

An actress takes a stand against the prosthetic mole that is preventing her from reaching cinematic brilliance.

Films that chronicle historic and contemporary commitments to breaking barriers.

A music and art project gets instruments back into the hands of Philadelphia students.

A portrait of Lizbeth Mateo, an attorney in Los Angeles who started a law practice, took an oath to uphold the US Constitution, and has no legal right to be in the country.

THE MAGIC OF CHESS

A group of kids at the 2019 Elementary Chess Championships share their uninhibited philosophical insights about the benefits of chess.

A former Guantánamo detainee and best-selling author and his one-time American guard form an unlikely friendship.

ONCE IN A HUNDRED YEARS: THE LIFE & LEGACY OF MARIAN ANDERSON

Marian Anderson, a young girl from South Philadelphia, armed with only a voice, fought to break down one of the most daunting barriers closed to black Americans in the 1930s—the classical music stage.