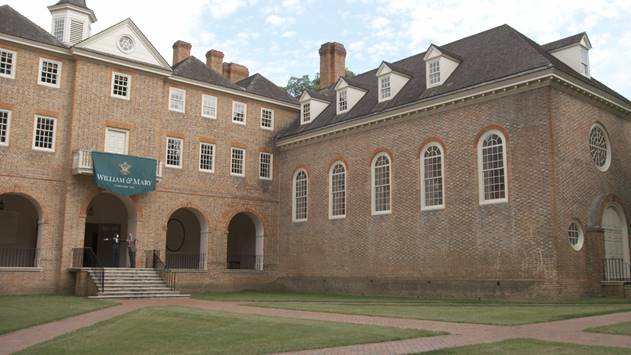 America’s colleges will be challenged with uncertainties as they prepare to begin the fall semester in a few months, amid a pandemic and the resulting slump in the economy. Some will use remote learning, risking a fall-off in enrollment from those who won’t pay for a virtual college experience.

Others will reopen cautiously but can’t be sure students and faculty will fully cooperate on distancing, and if cases of COVID-19 emerge, they could be forced to quarantine or return to remote education. The strain the pandemic has put on the economy has lowered state revenues and could affect needy students at state schools. Job losses rob students of tuition money and education’s path to the American Dream. John Dickerson takes a look at the big college test on the next edition of 60 MINUTES Sunday, June 14 (7:00-8:00 PM, ET/PT) on the CBS Television Network.

The University of North Carolina at Chapel Hill plans to allow students back to campus in a new environment requiring distancing, wearing masks and the designation of two campus dormitories as quarantine quarters. The school’s chancellor, Kevin Guskiewicz, believes the plan is safe and could work. “We’re not going to bring students, faculty, staff back onto a campus where we don’t believe it’s a safe environment,” he tells Dickerson. But he can’t be sure. “There certainly is some risk, but we believe we’re putting in place the right measures to mitigate that risk…We’ll look for clusters. If there was a cluster of positive cases, that would potentially create an off-ramp for us, and we could pivot back to a remote learning environment.”

UNC student body president Reeves Moseley says some students will not want to pay for the remote educational experience, which remains an option this fall. “One of the biggest concerns about… the potential of having a fall semester online…you’re paying these tuition dollars. And if you’re having an online instruction experience, that’s nowhere like the actual experience you’d be having otherwise.”

California announced its large state college system will remain in a remote mode for the fall semester.

Dickerson also speaks to Katherine Rowe, president of William & Mary in Virginia, who worries the sluggish economy could have a devastating effect on enrollment, interrupting or ending students’ educations. “I think that’s one of the questions that is most concerning and that we still don’t know the answer to. If you think about 40 million people in the country out of work – some of them will be parents of our students,” says Rowe.

The slowing economy means less revenue for state governments to spend on higher education. This worries John King, the president and CEO of the Education Trust, a non-profit working for underserved students. Budget cuts could hobble institutions like New York City’s CUNY system he says. “I think a lot about CUNY partly because it’s such a powerful engine of social mobility today and has been for generations, generations of low-income folks, generations of immigrants who through CUNY have gotten access to the American Dream.”

The path to the American Dream for Katherine Trejo was to begin when she graduated from George Mason University in Virginia next year. But she lost her two jobs that helped her support her family and pay tuition. She’s in debt and can’t afford health insurance. “I worry about it every day. Just sometimes I get really overwhelmed, and I do feel like the dream is slipping away.” Asked by Dickerson what happens if she can’t make it back to college, Trejo, the daughter of a Bolivian immigrant, responds, “That’s not an option…whether it’ll take me five years or another 10 years to get it, it’s just not an option to not go back,” she tells Dickerson.

FYI
How To Pay Less For College: Follow These Tips...