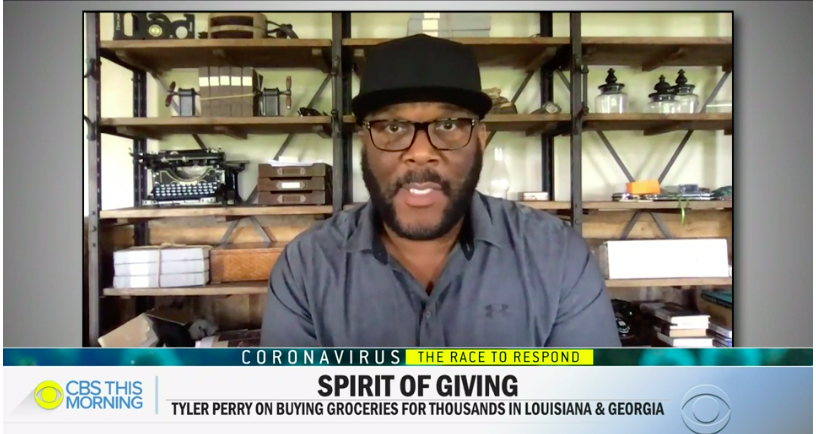 Tyler Perry is certainly giving back during this COVID-19 crisis.

The actor and director surprised elderly shoppers and others who are high-risk at several supermarkets by paying taking care of their grocery bills.

As many grocery stores across America have rescheduled specific early hours for senior citizens to shop separate from others, Perry wanted to help that demographic specifically.

He told CBS that he reached out to Kroger and other companies in Georgia and Louisiana so he could "drive the point home there." Perry is hoping that this will inspire others to do acts of generosity during this time.

So, what did he do exactly? Perry paid off bills at 73 stores — 44 Kroger supermarkets in his hometown, Atlanta, and 29 Winn-Dixies in New Orleans — during the hour dedicated for vulnerable customers on Wednesday.

L. A. Glam
Beauty Gives Back: Benefit Cosmetics Wants You To Nominate Your Hero For A Care Package