Continuing on what’s already been an exciting start to 2020, Kyle Girard and Dylan Lee of Midnight Kids release their new track “Monsters” today. Click HERE to listen. They also announce their forthcoming EP, "The Lost Youth" will be released soon via RCA Records.

The debut EP will continue to show Midnight Kids ability to create anthemic records with powerful messages that achieve their goal of bringing people closer with a sense of togetherness and relatability.

In addition to “Monsters,” The Lost Youth EP will include the previously released “Last Time” and “Run It” ft. Annika Wells, which recently reached #1 at US Dance Radio. “Run It” closed out a massively successful 2019 for the duo which included playing Coachella on the Heineken Stage, Shaky Beats, Electric Zoo and more. Midnight Kids also hit the road last year as support to Jai Wolf, and later Loud Luxury. The Kids have already amassed tens of millions of streams and are becoming regulars on key radio platforms like SiriusXM and iHeartRadio.

Idolator named the duo one of “40 Artists to Watch in 2020” calling them “one of the most exciting new acts in EDM” and describing “Run It” as “shimmery, ’80s-evoking bliss… the sweet spot between nostalgia…and dream-pop…”

Listen to “Monsters” and keep an eye out for more from Midnight Kids coming soon. 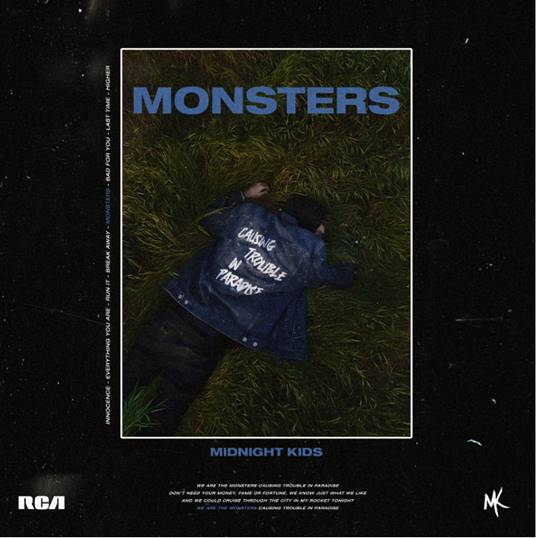