The American Film Institute (AFI) announced today the launch of AFI Movie Club – a daily virtual gathering to leverage our collective love of film on behalf of optimism in this time of global uncertainty. AFI Trustee Steven Spielberg introduced the inaugural film, THE WIZARD OF OZ, in a video that reminds in a timely manner, "There's no place like home."

AFI – the authority on American film – will continue to select an iconic movie each day for the world to watch together, creating a communal viewing experience during these unprecedented times of social distancing. Other special guests will announce select AFI Movies of the Day in short videos posted on AFI.com and social media platforms. Audiences can "gather" at AFI.com/MovieClub to view the featured movie of the day with the use of their preexisting streaming services. The daily film selections will be supported by fun facts, family discussion points and exclusive material from the AFI Archive to enrich the viewing experience. Audiences can continue the conversation online using the hashtag #AFIMovieClub.

"AFI's goal is to live in a world of art above anxiety," said Bob Gazzale, President and CEO. "We're honored to have Steven Spielberg, the greatest storyteller of our day, lead the way."

Seven of Spielberg's films appear across AFI's 100 YEARS...100 MOVIES lists – SCHINDLER'S LIST, E.T.: THE EXTRA-TERRESTRIAL, JAWS, RAIDERS OF THE LOST ARK, SAVING PRIVATE RYAN, THE COLOR PURPLE and CLOSE ENCOUNTERS OF THE THIRD KIND. And in 1995, AFI awarded Spielberg with the AFI Life Achievement Award, the highest honor for a career in film. 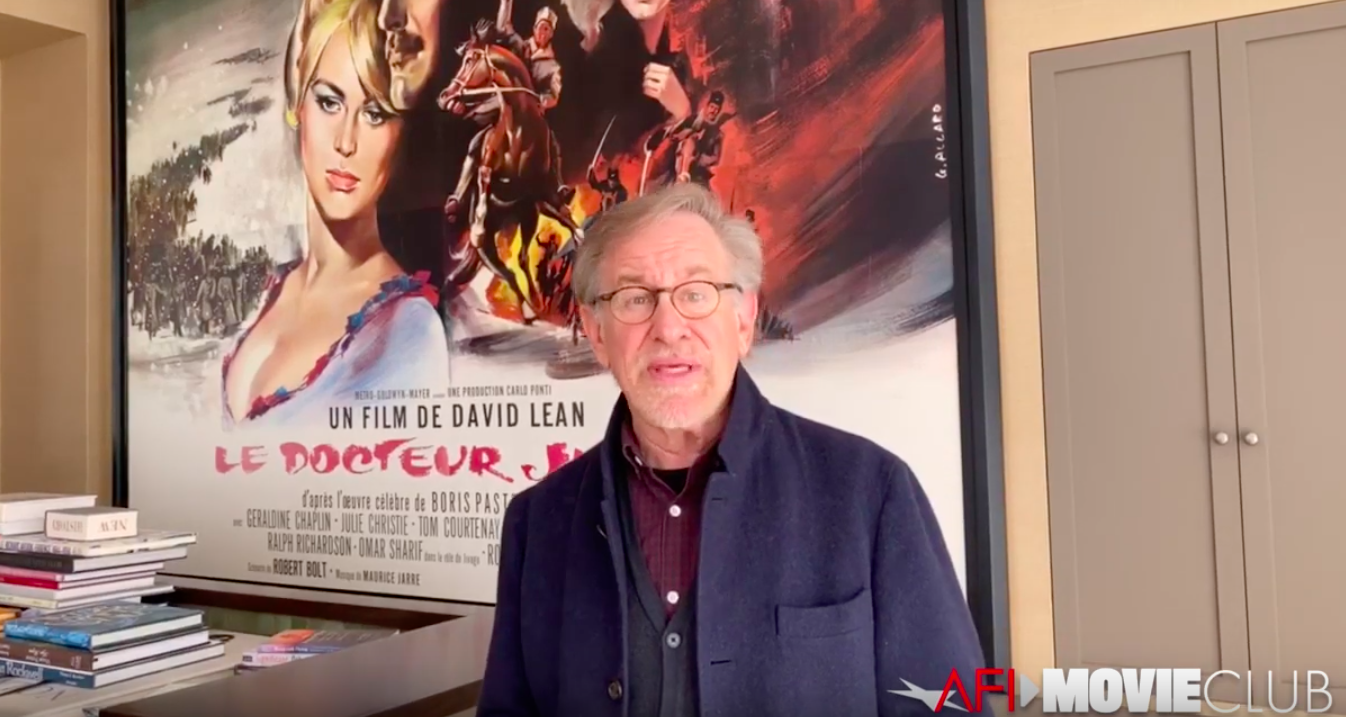