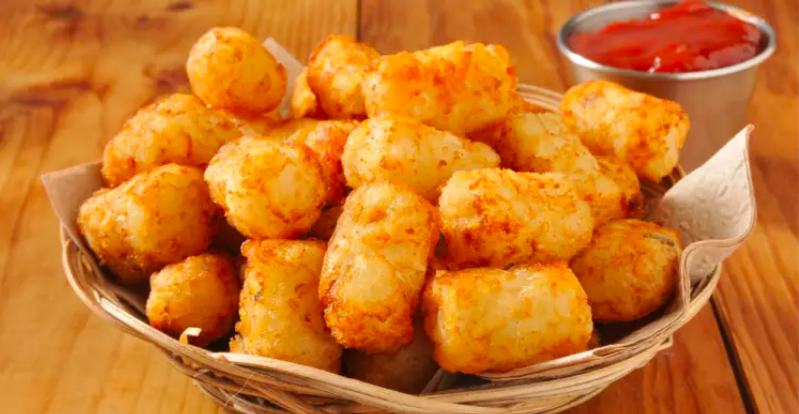 Yes, as we know there's a holiday for everyday. March 31st is not only National Crayon Day... but it's National TATER Day! Celebrating all things tater and crispy made from the beloved potato.

Perfect for parents who are at home with the kids, here's a scrumptious recipe for TATER TOTS! And while you're at it, why not plant your own potatoes in your garden! There is nothing quite like a homegrown potato. The flavor can’t be beat, and potatoes are quite easy to grow. A new variety called Keuka Gold (pronounced Que-kah) is a wonderful, golden-fleshed potato that tastes great when boiled or baked. Developed by Cornell University, Keuka Gold is the best golden potato for producing big yields in organic growing conditions.

Keuka Gold is a terrific golden potato (similar to Yukon Gold) that is an exceptionally reliable producer of delicious potatoes that store well. A 2.5-pound bag of organic seed potatoes from Wood Prairie Family Farm sells for $16.95, and larger bags are available—all the way up to 50 pounds. Order directly from the grower at WoodPrairie.com.