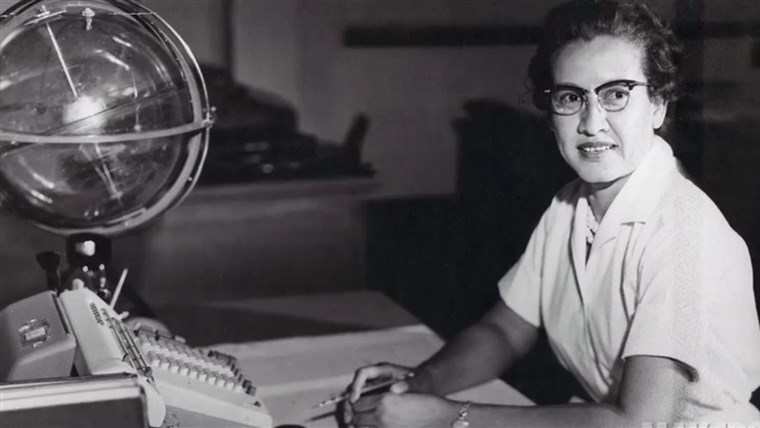 The legendary Katherine Johnson, NASA mathematicians depicted in the award-winning film "Hidden Figures" has died at the age of 101.

"Johnson helped our nation enlarge the frontiers of space even as she made huge strides that also opened doors for women and people of color in the universal human quest to explore space," NASA Administrator Jim Bridenstine said in a statement.

NASA tweeted, "Tonight, count the stars and remember a trailblazer. A figure hidden no more, Katherine Johnson helped lead us into a new era in space exploration, and for that we are forever grateful. Join us in reflecting on her powerful legacy."

In the Oscar-nominated film "Hidden Figures," Johnson was portrayed by Taraji P. Henson. The film was based on a book by the same name.

Johnson began working at NASA's predecessor, the National Advisory Committee for Aeronautics (NACA) in 1953 at the Langley Laboratory in Virginia.

She was responsible for making the calculations that helped sync Project Apollo's Lunar Lander with the moon-orbiting Command and Service Module. This helped to put us on the moon in 1969.

Johnson was also the first woman in the Flight Research Division to receive credit as an author of a research report for her work with Ted Skopinski on detailing the equations describing an orbital spaceflight.