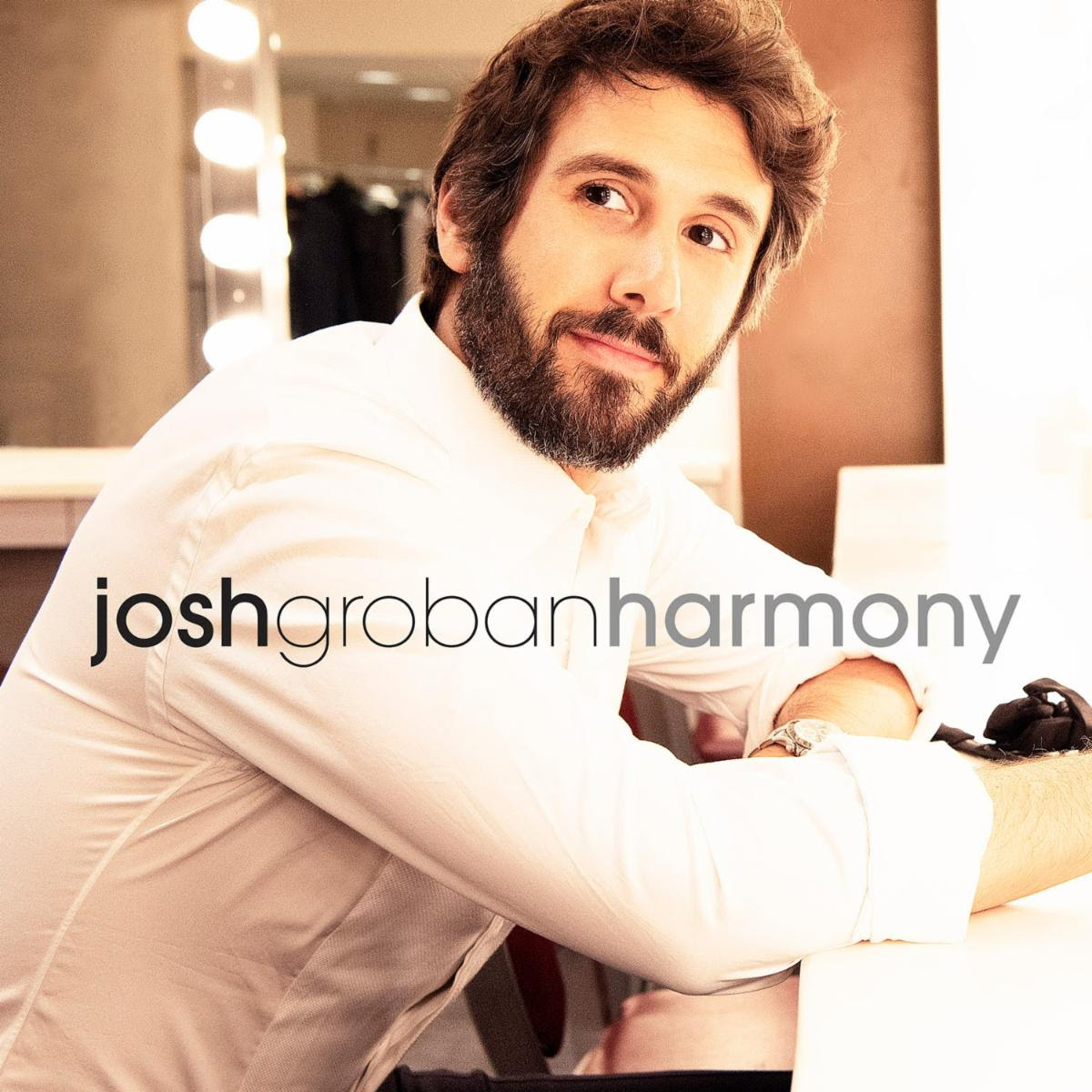 With "Harmony," Groban performs a collection of timeless songs along with two originals, showcasing the artist’s unparalleled vocal prowess. The record includes timeless classics such as “The Impossible Dream,” “Angels,” “I Can't Make You Love Me,” “Celebrate Me Home,” “She” and many more. The album was mostly produced by Bernie Herms with additional songs produced by Steve Jordan, Tommee Profitt, and Federico Vindver.

“Harmony was recorded in two parts. Before the pandemic we recorded about five songs, with the full intention of making this an album of classics that I love and have always wanted to sing. Beautiful in its simplicity of scope. We were recording and finding songs between concerts and fully expected to continue doing that for the next couple of months,” Groban said. “Then, sound was replaced with solitude. To have nothing but space, and to be sharing in a collective global tragedy, changed everything. Suddenly I was not steering the ship confidently on course. The waves had to take me to, hopefully, some sunlight. The result is an album that began to take a new shape.”

“When I was finally able to really sing again, to interpret, to immerse myself in these timeless melodies and stories, it became my saving grace and not just a pleasure. Musicians and producers from all over the country and the world blended together from their respective studios and homes. The title of the album represents the seemingly miraculous full picture of those efforts becoming clear,” Groban continued.

Next week, Josh will perform a livestream concert in celebration of the release of Harmony, watch the trailer for the concert HERE. The concert will take place on Thanksgiving Day, November 26, 2020 at 1pm PST / 4pm EST / 9pm GMT / 8am AEDT. Immediately following, the livestream will be available to screen all weekend. Individual tickets start at $25 at JoshGroban.com/Livestream/Harmony.

Coming up, PBS will be airing "Josh Groban: An Evening Of Harmony," a special program that gives fans an exclusive inside look at Josh's virtual concert tour. The show is constructed in three parts and will feature a number of Broadway classics such as “Bring Him Home” and ”Over the Rainbow,” and numerous never-before-seen performances captured specifically for PBS viewers. "Josh Groban: An Evening Of Harmony," will premiere on PBS stations beginning Saturday, November 28, 2020 (check local listings).