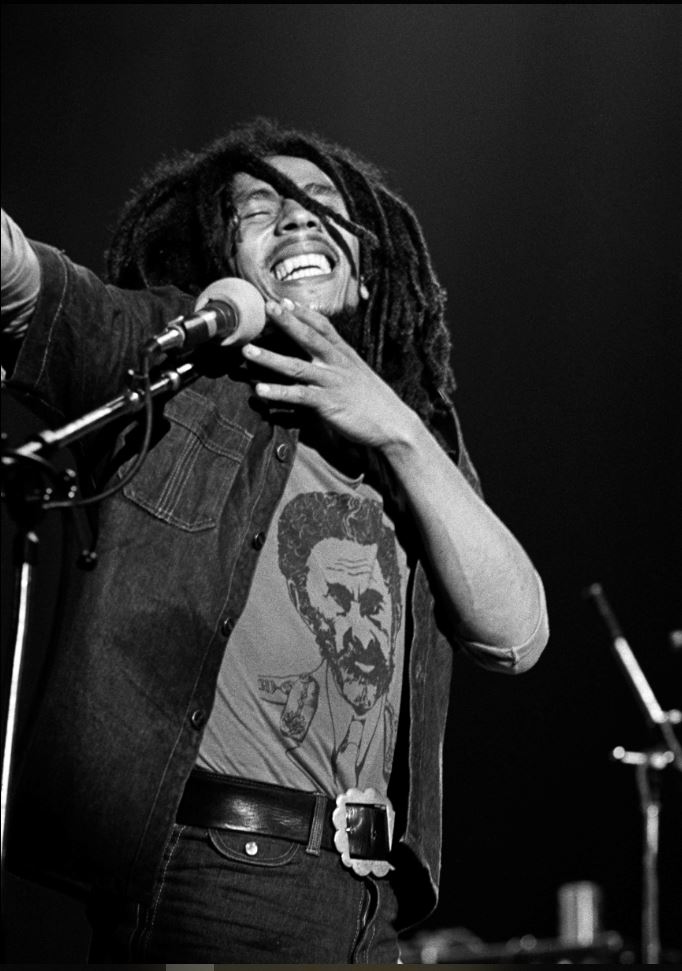 The Marley family, Island Records, UME, and Primary Wave Music Publishing will honor the legacy of Bob Marley commemorating his 75th birthday milestone and his importance in the history of global music with a year-long celebration. The ONE LOVE celebrations will encompass all things music, fashion, art, photography, technology, sport and film, providing fans unprecedented access to archives from the legendary artist’s estate in new, thoughtful, and innovative ways. Bob Marley’s music continues to inspire generation upon generation, as his legacy lives on through his message of love and unity, a sentiment needed more than ever in 2020.

THE ONE LOVE HOTEL presented by MASTERCARD for GRAMMY Week 2020, invoking Marley’s global hit, "One Love," will take place at the 1 Hotel in West Hollywood.  Primary Wave Music Publishing, Island Records, and the Marley Family will host a full slate of events at THE ONE LOVE HOTEL presented by MASTERCARD. There will be a pop-up shop offering Marley product exclusively for GRAMMY Week including a high-end capsule collection featuring the art created for the Redemption Song video, House of Marley consumer electronics, and Bob Marley vinyl. GRAMMY Week, sponsored by Mastercard, runs from Tuesday, January 21st, through Sunday, January 26th.

"Daddy’s message has always been one of love and unity. For decades passed and for generations to come, his music serves to lift and inspire all over the world. We are so excited to come together at the One Love Hotel during Grammy week to celebrate and remind ourselves of the power of music and everything he stood for.” - Cedella Marley

An all-star roster of Island Records’ talent will be on hand for performances and activa­tions at THE ONE LOVE HOTEL presented by MASTERCARD (at 1 Hotel West Hollywood) during the week.  Skip Marley, the grandson of Bob Marley, will launch the event on Tuesday night with Marley family and friends in attendance. Wednesday night will feature DJ sets from iHeart Radio Music Award nominated production duo, NOTD as well as genre-defying artist Shallou. Thursday will present platinum-certified recording artist, Bishop Briggs, with a special performance from Julian Marley, son of Bob Marley and a 2x GRAMMY-nominated artist whose current album: AS I AM has been nominated for “Best Reggae Album” 2020. Friday will feature recent Urban One Honors performer Jac Ross, and critically acclaimed GRAMMY-nominated Jessie Reyez (whose debut album arrives early 2020). Saturday night will roll out a gala pre-GRAMMY party with special guest DJ, co-hosted by Primary Wave Music Publishing, Island Records and Mastercard. Throughout the week Mastercard cardholders will have exclusive access to events and happenings at the hotel. The ONE LOVE HOTEL presented by MASTERCARD (at 1 Hotel West Hollywood) will also enable visitors to Tap & Go™ throughout the property with contactless-enabled room access, retail and dining environments.

In November, Darcus Beese, Jessie Reyez, and Island Records founder Chris Blackwell gathered at the GRAMMY Museum in Los Angeles, for an historic conversation moderated by the Museum's Founding Executive Director Bob Santelli. An intimate performance by Reyez followed the event. Mr. Blackwell, who signed Bob Marley and the Wailers to Island in 1972, will be attending One Love GRAMMY Week events at THE ONE LOVEHOTEL presented by MASTERCARD (at 1 Hotel West Hollywood).

“Some almost 40 years later Bob Marley is still a symbol of hope and freedom. Important to so many because he spoke to people in all walks of life and in all corners of the earth. He felt their struggle and fought their fight.” – Chris Blackwell, founder, Island Records.

“Island Records and Primary Wave Music Publishing’s GRAMMY Week residency at THE ONE LOVE HOTEL will honor the life and music of Bob Marley, whose spirit carries on every day as one of the foundations of the company,” said Darcus Beese, president, Island Records. “At the same time, we are privileged to showcase some of Island’s incredible talent including Skip Marley, Bishop Briggs, NOTD, Shallou, Jac Ross, and Jessie Reyez, whose music looks ahead to the next 60 years of Island history.”

For the past two decades, UMe, Universal Music Group’s global catalog company, have been the stewards of Bob Marley’s unparalleled catalog and continues to explore and unearth rare and previously unreleased material, as well as assemble high-quality box sets of Marley music. “Bob Marley is unique in that he not only made his mark with his significant musical accomplishments but also communicated to his fans worldwide, bringing together people of all ages, cultures and race with his message. He exerted a tremendous influence on the style and substance of music and culture,” said Bruce Resnikoff, president and CEO, UMe. UMe plans to celebrate Marley’s life and legacy throughout the year. More details to be announced soon.

“Bob Marley changed the cultural ethos of generations of human beings and we’re proud to honor his legacy during the biggest week in music at The One Love Hotel. I spent many years working with my longtime mentor Chris Blackwell at Island Records so it made perfect sense to partner with the legendary label for this week-long celebration.” - Larry Mestel, CEO & Founder of Primary Wave Music Publishing.

“There are few artists whose approach and music drives a sense of community and inclusivity like Bob Marley and we are honored to celebrate his legacy,”said Cheryl Guerin, EVP marketing and communications for Mastercard. “The culture, passion and sense of community Marley fostered come to life in an immersive manner throughout the hotel that will allow our cardholders to celebrate their passion for music.”