Surf dogs can hardly wait to show off the skills they’ve fetched at the ultimate summer-closer.  Helen Woodward’s Surf Dog Surf-a-Thon was the first-of-its-kind, turning ‘dogs on surfboards’ into a platform to raise life-saving funds and reminding the world that “man’s best friend” can do phenomenal things. 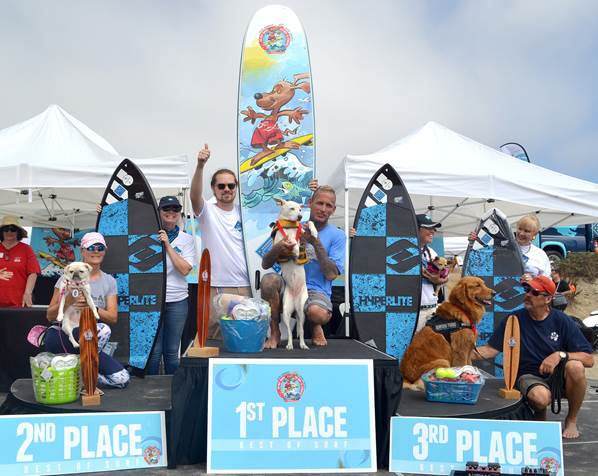 Helen Woodward Animal Center’s 14th annual Surf Dog Surf-a-Thon, presented by Blue Buffalo, dives into action at Dog Beach Del Mar THIS Sunday, September 8th, 2019, from 8am to 2pm PST.  It’s certain to make some very big waves!  If you can’t be there in person, you can watch the Surf Dog Surf-A-Thon unfold on Facebook by heading to https://www.facebook.com/surfdogsurfathon/ at 8:30am PT/11:30am ET.

WHERE:  Dog Beach in Del Mar

·     Land-loving pups showing off at the Canine Costume Contest.

·     Surfing dog-loving vendors joining in on the fun.

·     Hallmark Channel “Adoption Ever After” Host for Home & Family Larissa Wohl:  Larissa grew up with a heart to heal and a determination to save the underdogs of the world.  At a very young age, Larissa and her mother Liz found themselves saving unwanted animals of all sorts.  During her teen and college years Larissa furthered her interest in animals by becoming active in animal welfare issues and volunteering at local shelters.  As a news anchor, field reporter and journalist, Larissa became the local animal expert in every news market she resided.  Larissa’s life mission became clear… use her voice to help the voiceless.  You can now watch Larissa in action everyday as Hallmark Channel’s “Adoption Ever After” host for “Home & Family”.  She can also be seen helping host several projects for Hallmark Channel including the 2018 and 2019 American Rescue Dog Show, Kitten Bowl Live and Countdown to Valentine’s Day and Adoption Ever After Preview Special!

·     Surf Judge JC Toro, a California native, born and raised right here in beautiful North County San Diego. He has been surfing for over 18 years and some of those years professionally.  JC spends most of his time in the ocean, working, or with his two dogs Reef and Indy. Both Reef and Indy were adopted from Helen Woodward Animal Center.