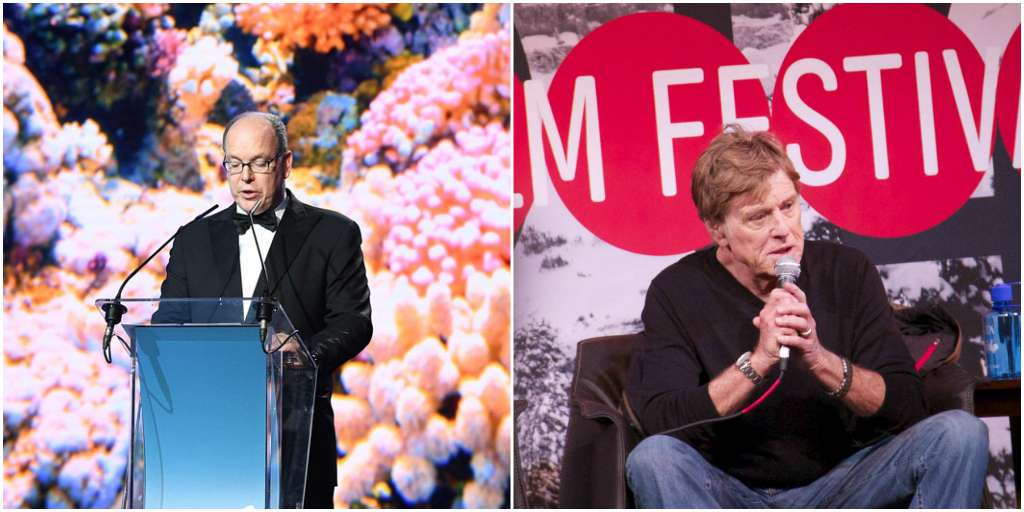 The Prince Albert II of Monaco Foundation today announced world-renowned actor, activist, director, and producer Robert Redford will be honored at the third annual Monte-Carlo Gala for the Global Ocean on September 26, 2019 on the terraces of the Opera of Monaco.

Organized by the Prince Albert II of Monaco Foundation with the support of Global Fundraising Chairman Milutin Gatsby, the Gala will conclude a week of activities dedicated to the health of our Ocean. In bringing together global policymakers, business leaders, scientists, and celebrities, HSH Prince Albert of Monaco will once again shine a light on solutions to the existential crisis facing the world's Ocean and its connection with climate change.

"We are delighted to honor Robert Redford, who has highly contributed to raise awareness about the environmental challenges the world is facing," said HSH Prince Albert II of Monaco. "Mr. Redford is a long-time champion for climate change action, and it is our privilege to celebrate his life's work."

"I am honored to be recognized by HSH Prince Albert II of Monaco and his Foundation," said Robert Redford. "The Prince's tireless leadership in the fight to preserve and protect our Ocean sets an example we all should follow. It's our responsibility to work together to overcome the challenges before us in the fight to save our Ocean – and in turn, our planet."

Mr. Redford has devoted his career to spurring meaningful change through the power of media. In his films – including; All the President's Men, The Candidate, Quiz Show,Out of Africa, and Truth – there has always been an underlying message of responsibility and advocacy, whether for the truth itself or for the preservation of the earth and those that inhabit it.

In 1981, Mr. Redford founded the Sundance Institute. The non-profit's annual Sundance Film Festival is one of the largest and most respected film festivals, attracting a global audience to the work of emerging artists in independent film. The Institute's vision states "a story driven by an individual, authentic voice can awaken new ideas that have the power to delight and entertain, push creative boundaries, spark new levels of empathy and understanding, and even lead to social change."

In 2005, Mr. Redford and his son, James Redford, established the Redford Center, dedicated to harnessing the power of film, video, and new media to engage people through inspiring stories that galvanize environmental action.

In December 2015 Mr. Redford delivered an inspiring message at the UN Assembly before the COP 21, on behalf of the National Resources Defense Council of which he has been a trustee for over 40 years.

The Prince Albert II of Monaco Foundation is dedicated to the protection of the environment and the promotion of sustainable development on a global scale. The Foundation supports initiatives of public and private organizations, in the fields of research and studies, technological innovation and socially-aware practices.

All proceeds from the Monte-Carlo Gala for the Global Ocean and its auction will support the Foundation's Ocean initiatives, which make up 60 percent of its philanthropic portfolio and include the development of marine protected areas, the protection of threatened marine species, the mitigation of the impact of climate change and acidification on the ocean and the fight against plastic pollution. In 13 years, the Foundation has supported over 470 projects around the world for a financial amount of more than 55 million euros.

Playing a key role in climate regulation, the Ocean covers more than 70 percent of the Earth's surface, produces 50 percent of the oxygen that we breathe and absorbs 25 percent of carbon dioxide emissions. Overfishing, illegal fishing, rising temperatures and increased pollution are severely disrupting the Ocean's balance.

This year's gala will be the culminating event of a week of activities dedicated to saving the Ocean, including the launch of the Intergovernmental Panel on Climate Change's (IPCC) latest report on the Ocean and climate change. These events are being held in Monaco – a country with a long history of oceanic conservation – to bring world thought leaders together and shine a global spotlight on increasingly dire situations including:

Previously, the Foundation honored Academy Award winner Leonardo DiCaprio and Orlando Bloom with the "Award of the Prince Albert II of Monaco Foundation" for their work to protect and preserve the Ocean.

Additional details on the 2019 Monte-Carlo Gala for the Global Ocean can be found at www.montecarlogala.org. Event co-chairs and performers will be announced in the coming weeks.

L. A. Glam
Daytime Beauty Awards To Honor Oxygenetix With Brand of the Year