Kelsey Grammer's Malibu Estate On The Market For $19+ Million 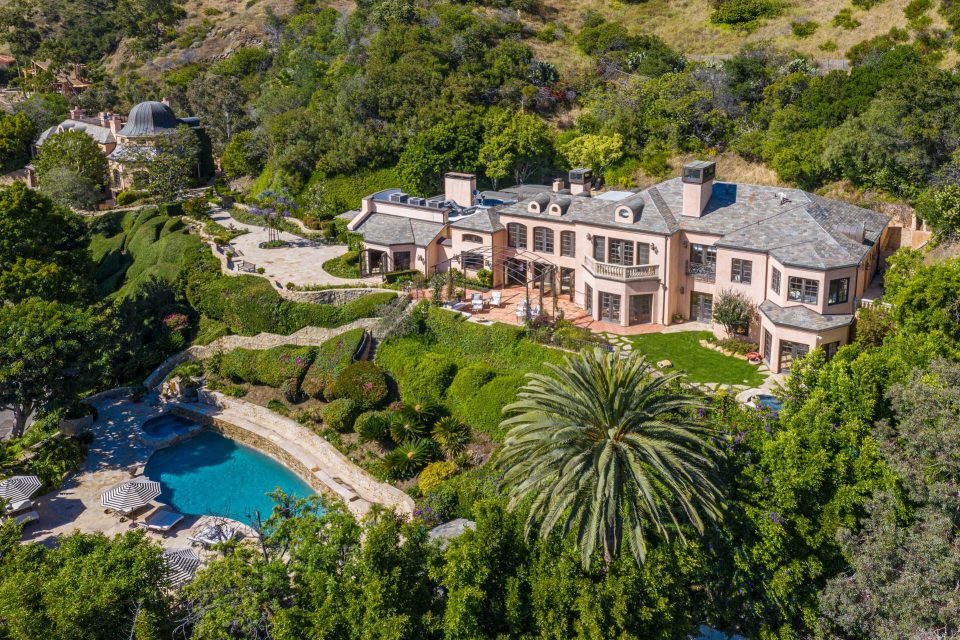 The palatial 1940's Malibu Hills equestrian estate once owned by Kelsey Grammer and ex-wife Camille Grammer, star of 'The Real Housewives of Beverly Hills,' has hit the market priced at $19.95 million.

In addition to its celebrity owners' history, the home was often seen in Camille's 'Real Housewives' television episodes. Married in 1997, Kelsey and Camille purchased the private, guard-gated French Country home in star-studded Serra Retreat a year later and Camille continued to live there after their divorce in 2011. The Grammers put it up for sale in 2012 and it sold in 2015. 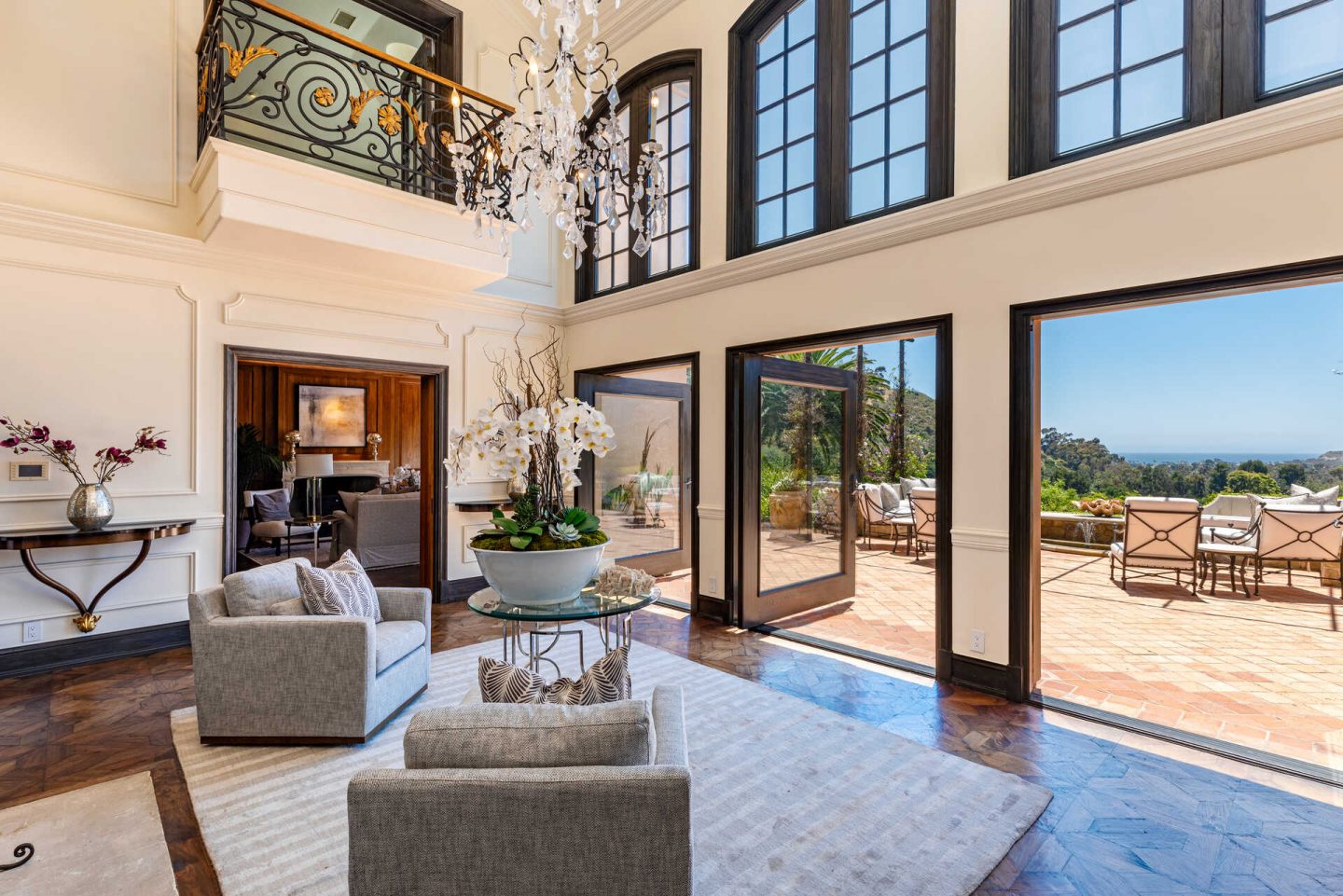 Perched on a terraced hill over five acres and with ocean views, the main house measures 6,650 square feet with formal living and dining and a two-story ballroom perfect for holding large functions. The large kitchen was designed by Wolfgang Puck that includes an indoor-outdoor dining area. There is a wine cellar, large movie theater and wood-paneled library.

The master suite has a sitting room and private terrace with mountain and ocean views and spa-style bath while the luxurious guest suites each include fireplaces. Among the lushly planted gardens and lily pond are a carriage house, a security outpost, a six-stall stable, dressage riding ring, a variety of outbuildings and staff quarters. 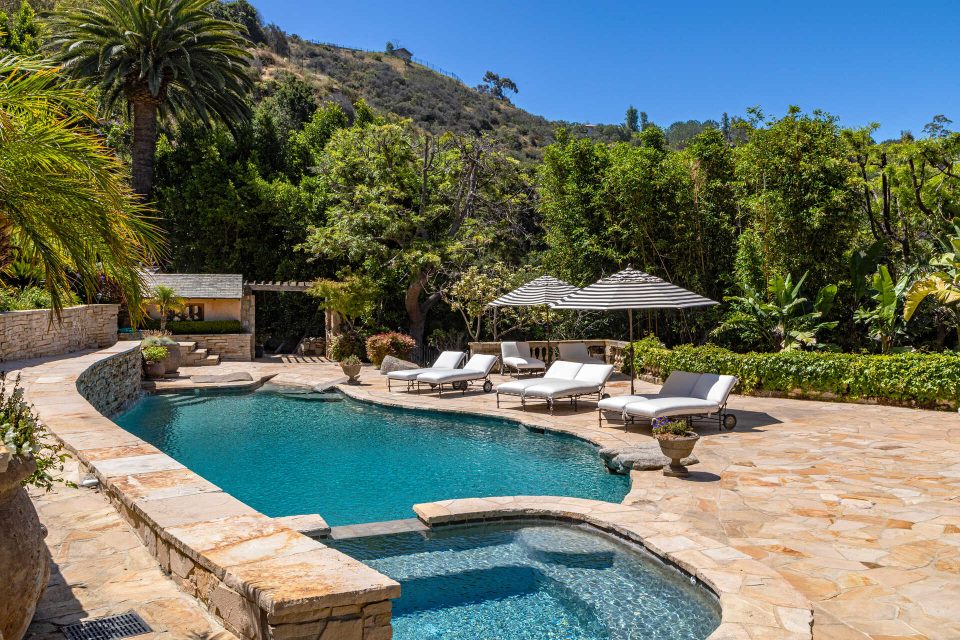 The free-form, resort-size swimming pool has a bathhouse, two spas, an exercise room and a lighted tennis court. Outdoor dining can be enjoyed with organic fruit and vegetables from the garden, cooked outside in the barbecue area where there is also a fireplace to enjoy after-dinner conversation.

Listing agents are Sandro Dazzan and Cooper Mount of The Agency, Beverly Hills.

Click here for more info and other celebrity listings.