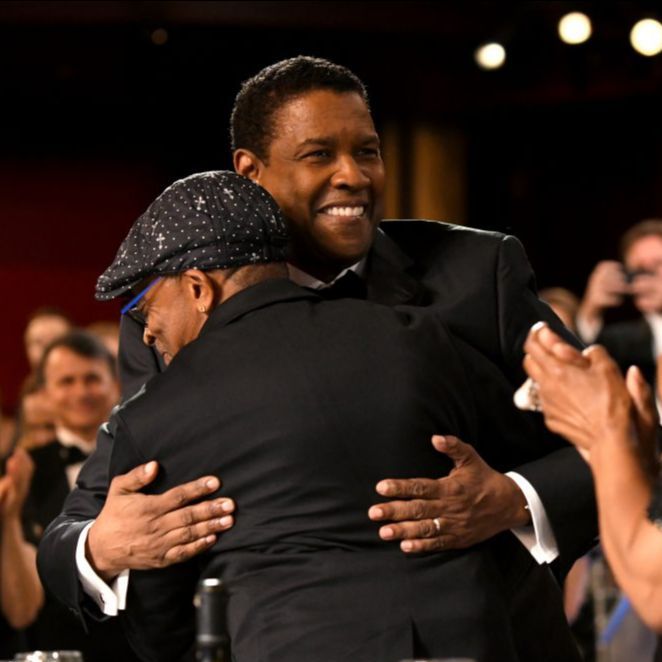 Surprise guest Beyoncé presented AFI's Franklin J. Schaffner Alumni Medal to her frequent collaborator, multitalented film, television and music video artist Melina Matsoukas (AFI Class of 2005). "She is fearless, no matter the challenges, and believes in breaking stereotypes in the industry," said Beyoncé. "As a woman of color, conformity is not her thing. Her drive, vision, taste level and storytelling are boldly unapologetic."

The evening featured a musical performance from Jennifer Hudson, who sang a powerful rendition of Sam Cooke's classic, 1964 civil-rights anthem "A Change Is Gonna Come."

Presenters gave poignant remarks about Washington's influence on their own careers. Chadwick Boseman said, "There is no BLACK PANTHER without Denzel Washington... because my whole cast, that generation, stands on your shoulders."

Julia Roberts, who collaborated with Washington on THE PELICAN BRIEF, said, "Working with you was like working with The Beatles. You are the greatest talent of any time."

Issa Rae, speaking about how Washington's work informed her own, said, "He embodies and commands every role he takes on. His performances demand you look at every moment. And he dares you to look away."

"Your gift is to unite us and inspire us, and I want to thank you for leading the way," said Michael B. Jordan.

Accepting the award, Washington closed the night by saying, "The least we can do is think about the young people, the future, and individually and collectively do the best we can to try and turn this thing around."

At the event, AFI CEO and President Bob Gazzale announced the second recipient of the Audi Fellowship for Women, a full-tuition scholarship created by Audi in 2017 to support a promising female director entering the AFI Conservatory. Nicole Mejia will receive the Fellowship, beginning this August in the Conservatory's prestigious Directing program. On June 10, the inaugural Audi Fellow, Natalie Camou, will graduate at the AFI Commencement. This Fellowship is part of Audi's commitment to drive progress, and a landmark investment in the future of the storytelling community.