TAG Heuer today kicked off Monaco Formula 1 Grand Prix weekend by unveiling the first of five new Monaco collector timepieces celebrating the 50th anniversary of the iconic watch. TAG Heuer will host a series of events throughout the Formula 1 Grand Prix de Monaco weekend - the legendary event that gave the watch its name in 1969. 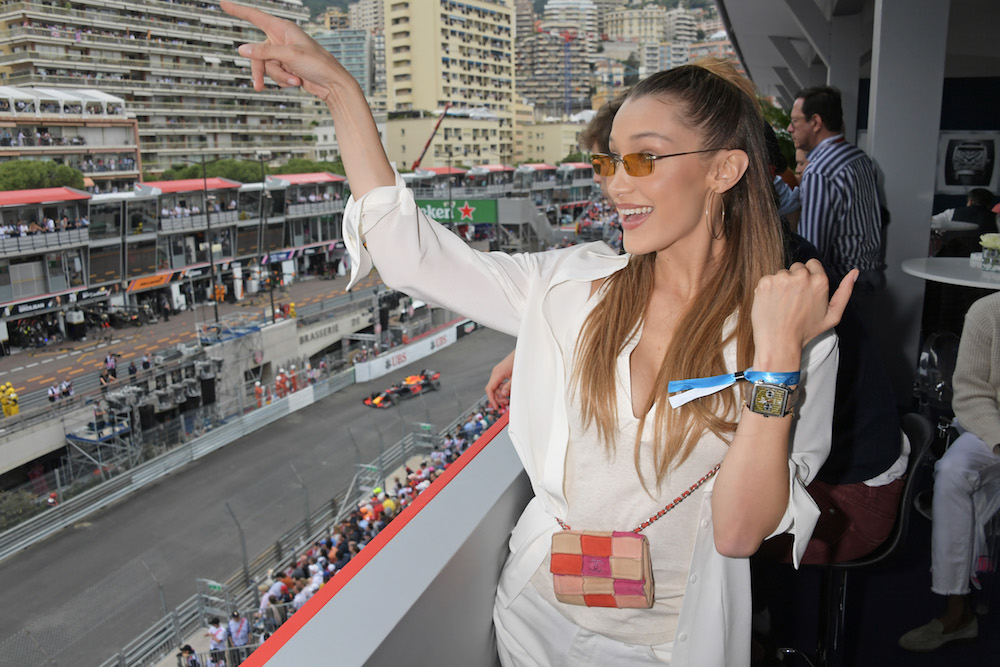 The TAG Heuer Monaco 1969 - 1979 Limited Edition timepiece was unveiled at the beautiful Key Largo Villa, in the presence of Stéphane Bianchi, CEO of the LVMH Watchmaking Division and CEO of TAG Heuer and Frédéric Arnault, Chief Strategy and Digital Officer. They were joined by the rising star of the Aston Martin Red Bull Racing Team, Max Verstappen who delivered the timepiece by helicopter, as well as Patrick Dempsey, Bella Hadid, Winnie Harlow, Kai Lenny and selected guests from all over the world.

Guests enjoyed an immersive exhibition exploring the history of the Monaco followed by a glamorous, 1970’s themed cocktail party and evening dinner.

Since its debut, the Monaco watch and the Monaco Formula 1 Grand Prix, for which TAG Heuer has been the Official Watch since 2011, have had a strong connection – the most glamourous Grand Prix of the Formula 1 season gave its name to the TAG Heuer Monaco collection in 1969.

The daring and iconic design of the Monaco has made it instantly recognizable. Every aspect of the timepiece’s design was radical and went where no other watch had gone before in terms of design and technology. Not only was the TAG Heuer Monaco the first ever water resistant square watch, it was also the first to feature an automatic-winding chronograph movement.

Highlighting the breakthrough and timeless design of the original Monaco, TAG Heuer has created five new models inspired from the trends, colours and styles that characterises each decade of the Monaco’s half-century history. Emblematic geometric shapes and colours from the 70s, associated with a timeless Côtes de Genève pattern are some of the features distinguishing the first model to celebrate the Monaco’s 50th anniversary.

Presented on a brown leather strap with holes lined in light brown, this stainless steel timepiece has been produced as an edition limited to only 169 pieces. The green dial features brown and yellow touches and a Côtes de Genève finishing. The hands are coated with SuperLuminova®. Only a quick glance at the sub-dials and the position of the crown is needed to highlight that this unconventional timepiece is part of the Monaco lineage.

Beating inside the case is the renowned Calibre 11, a modern version of the automatic-winding chronograph movement that made its debut in 1969 inside the original Monaco.