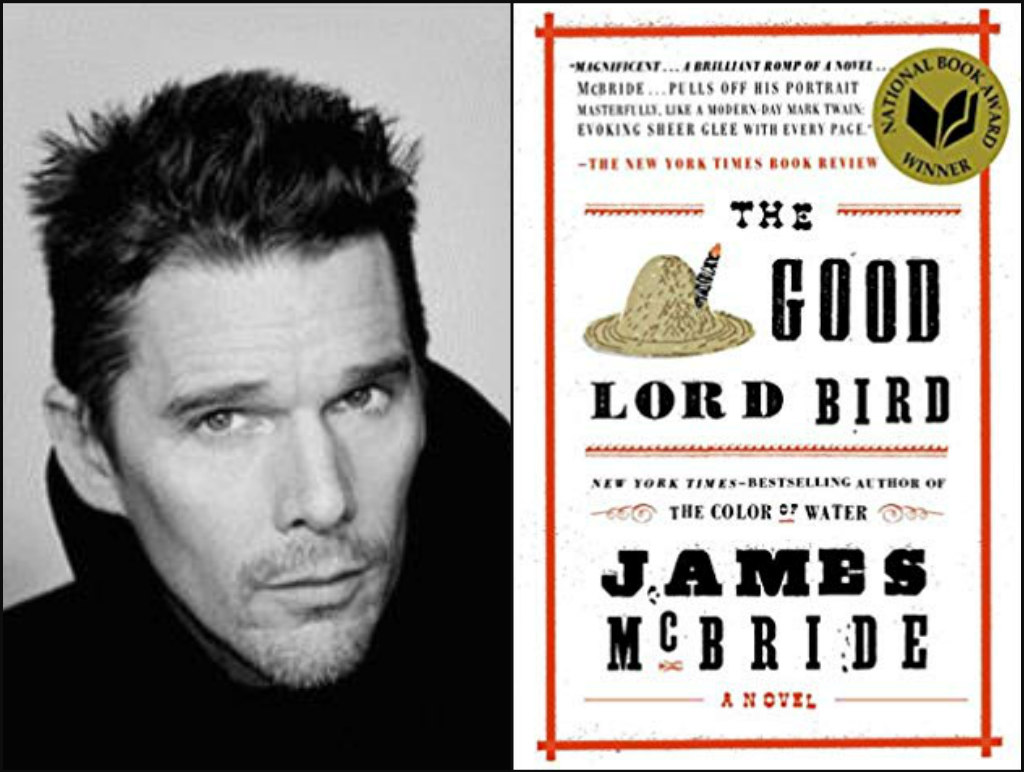 SHOWTIME has ordered the eight-part limited series GOOD LORD BIRD from Blumhouse Television, based on the National Book Award-winning novel The Good Lord Bird by bestselling author James McBride. Oscar®, Golden Globe® and Tony® nominee Ethan Hawke will star as 19th-century abolitionist John Brown and is co-writing and executive producing with award-winning author and producer Mark Richard (The Ice at the Bottom of the World and Hell on Wheels). Emmy winner Anthony Hemingway (Underground) will direct and executive produce. GOOD LORD BIRD is told from the point of view of Onion, an enslaved teenager who becomes a member in Brown’s motley family during the time of Bleeding Kansas, eventually participating in the famous 1859 raid on the Army depot at Harpers Ferry. Brown’s raid failed to initiate the slave revolt he intended, but was the instigating event that started the Civil War.

James McBride said: “This is just the right time for The Good Lord Bird. I wrote it to show we Americans are Family – dysfunctional, screwy, funny, even dangerous to one another at times, but still family nonetheless. Old John Brown always had a knack for landing into the right place at the right time. I’m delighted he’s landed in the lap of one of America’s most gifted and literate actors. Ethan Hawke is special, and I’m thankful that SHOWTIME and Blumhouse have shown faith and trust in one of America’s oddest, most profound, and greatest heroes.”

“Good Lord Bird is one of my favorite books, told with wit, grace and wisdom by the great James McBride,” said Hawke. “Bringing this story to the screen has been a passion project of mine, and I am incredibly fortunate to have partners who are equally enthusiastic and are making it a reality – my wife and producing partner Ryan Hawke, and my longtime friends at Blumhouse. I’m looking forward to working for the first time with the talented folks at SHOWTIME and Anthony Hemingway – both of whom have made some of the best television in the last couple years.”

"I’ve been blessed to tell great stories that make deliberate social impact by tackling topical issues facing the world, especially communities of color,” said Hemingway. “With all that is going on culturally, socially and politically, the climate is ripe for material that is culturally relevant and provocative. Literature is truly transcendent and McBride blew our minds with The Good Lord Bird. Saying yes was apparent for me and my producing partner, Lyah LeFlore-Ituen. We’re both excited to continue building relationships with SHOWTIME, Blumhouse, and our creative partners, including the masterful James McBride. Directorially, this will be filmmaking at its most artistic and I get to fulfill a bucket list experience – working with the incredible Ethan Hawke.”

Lifestyle
Garden Spotlight: Vegetables You Should Grow This Spring

Television
Actor Luke Perry Has Passed Away At Age 52