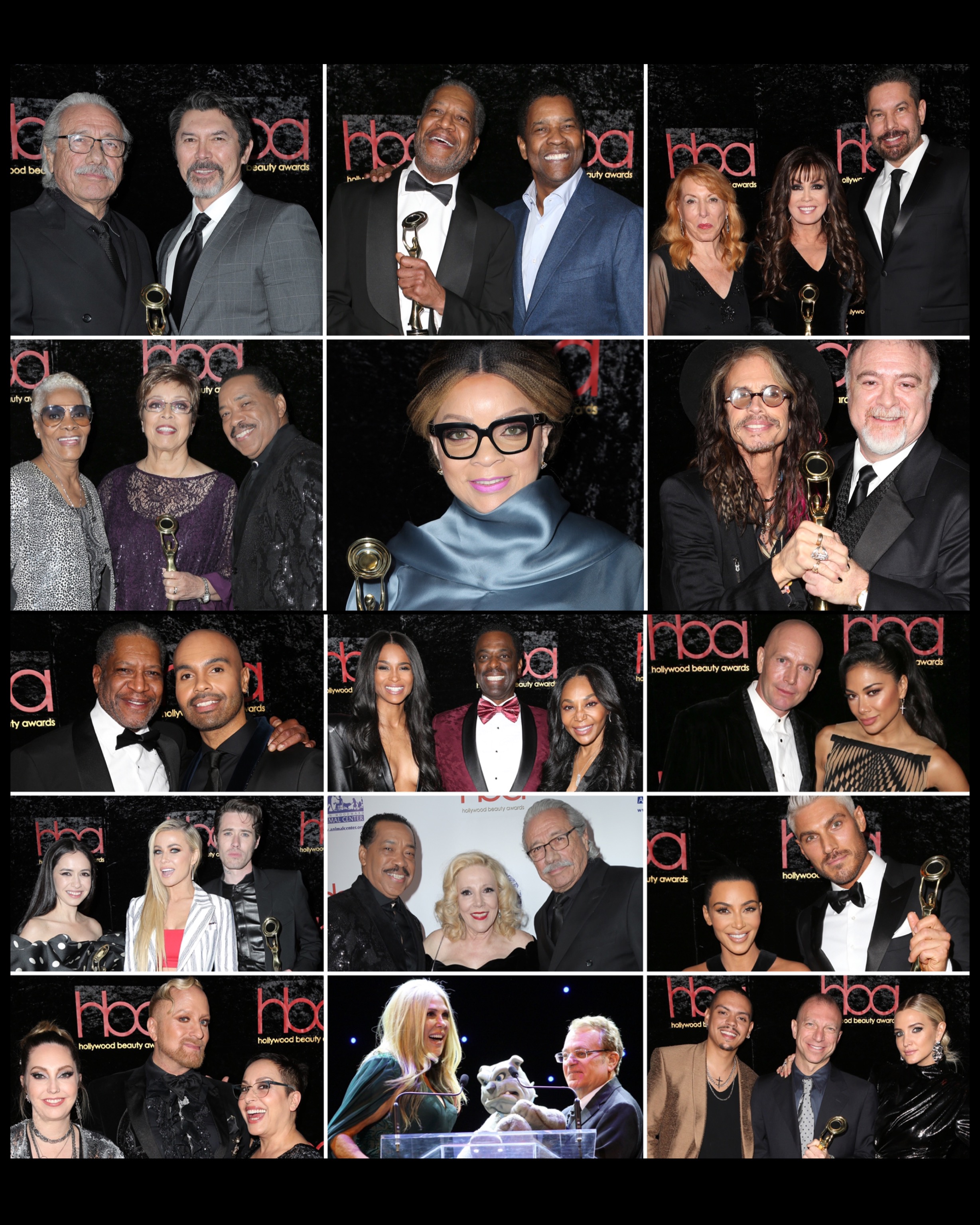 Denzel Washington presenting Outstanding Achievement in Hairstyling to Larry M. Cherry, who has worked with the Oscar and Golden Globe winning actor for almost thirty years.

Kim Kardashian West made a surprise appearance to announce the nominees for The Lori McCoy-Bell Hairstyling Award; revealing her longtime hairstylist, Chris Appleton as the winner of the evening.

Marie Osmond was honored with The Timeless Beauty Award, presented by John Redmann of “The Talk,” with a surprise speech from Garth Brooks and Trisha Yearwood.

PRODUCT OF THE YEAR: Dior for ROUGE DIOR

The HBAs was established in 2014 for the purposes of recognizing excellence in hair, makeup, styling and photography. The voting board is comprised of past honorees, winners, professionals from the beauty industry; encompassing Journalists, Publicists and Beauty Experts. Beginning in 2019, the public will be invited to participate in the voting process.

A private non-profit organization and no-kill facility in San Diego County committed to the philosophy of people helping animals and animals helping people for over 40 years.

L. A. Glam
Take A Look Inside The 2019 Hollywood Beauty Awards Gift Bag!