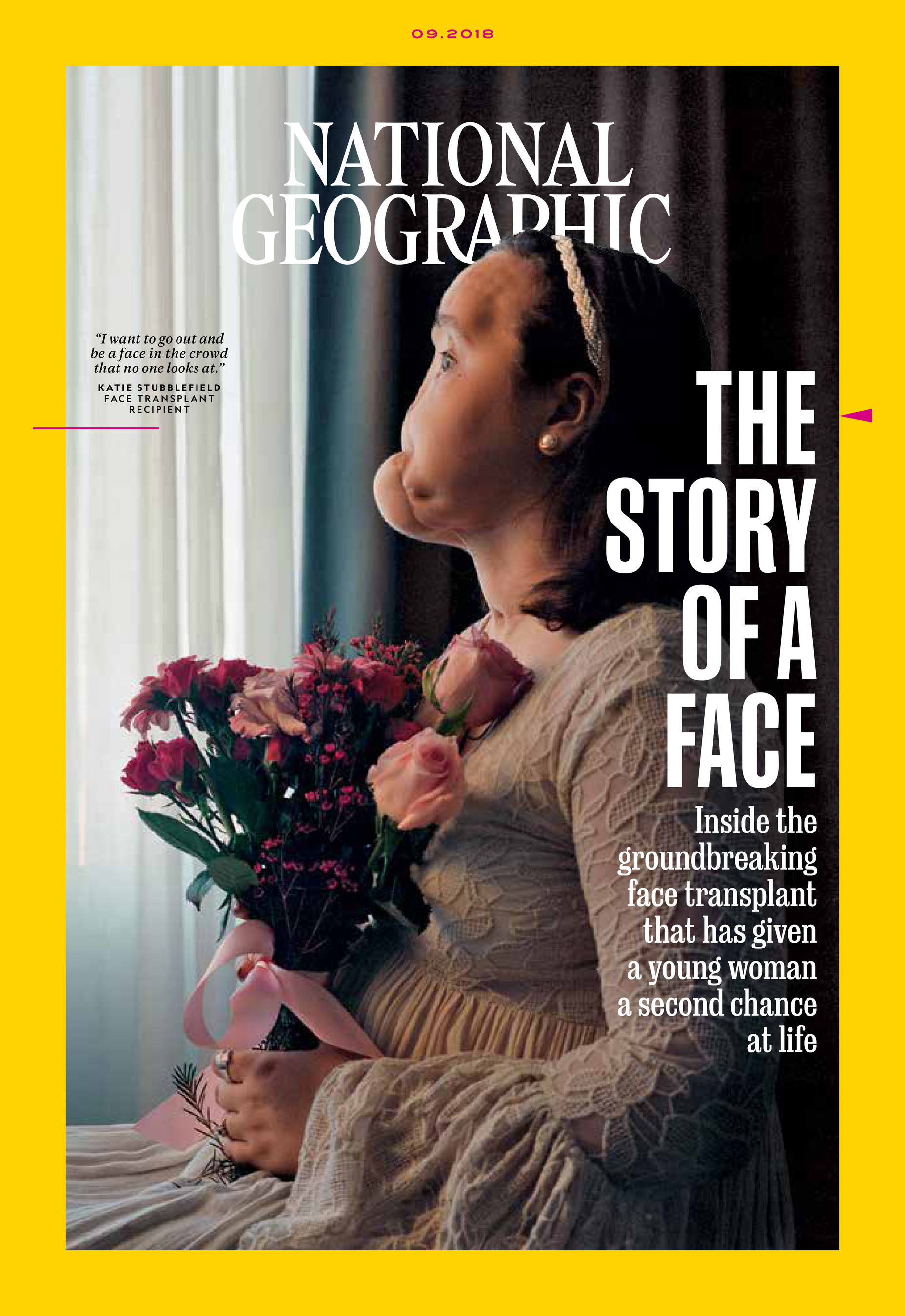 In a world that seems increasingly obsessed with image, National Geographic has today unveiled an exclusive and powerful new story, over two years in the making, that asks the question: 'Are we our faces?'

The Cleveland Clinic performed the full-face transplant over the course of a 31-hour procedure in 2017. Writer Joanna Connors, as well as photographers Maggie Steber and Lynn Johnson, together spent hundreds of hours with Katie, her parents and doctors over a period of more than two years, documenting Katie's story at the Cleveland Clinic, throughout many surgeries, and ongoing as she continues her recovery.

"'The Story of a Face' is about hope and resilience, identity, the power of a family's love and devotion to their daughter, and the medical miracle that gives Katie Stubblefield a second chance at life," said Susan Goldberg, Editorial Director of National Geographic Partners and Editor-in-Chief of National Geographic magazine. "It is told with the unparalleled visual storytelling that National Geographic is known for and uniquely connects audiences to the deeply human story behind the science, thanks to the bravery of Katie and her family who gave us unfettered access to share their journey with the world. The result is an extraordinary look at a breakthrough scientific procedure that will make you question how you think about the relationship between outward appearance and our inner selves."

Katie's face transplant surgery was paid for by the U.S. Department of Defense through the Armed Forces Institute of Regenerative Medicine, in an effort to improve treatment for service members who are wounded in battle and come back with similar injuries. As such, Katie's face transplant surgery has made her a lifelong experiment for the treatment of ballistic trauma to the face.

Katie was on the transplant list for over a year before a donor was found. Adrea Schneider, a 31-year-old woman who had recently passed away, was a match. Her grandmother, Sandra Bennington, made the decision to donate Adrea's face to Katie. Adrea was a registered organ donor whose heart, lungs, kidneys and liver were also donated and saved lives across the United States.

In publishing "The Story of a Face," National Geographic continues its tradition of bringing its audiences around the world incredible stories of science, exploration and the human journey in an up-close and personal way. In the last two years, National Geographic has explored the latest developments in the science behind addiction in response to the global opioid crisis; released a single-topic issue on the shifting landscape of gender that became a finalist for a Pulitzer Prize for Explanatory Reporting; and published The Race Issue, a controversial, yet timely exploration of what race means in the 21st century.

"The Story of a Face," from the September 2018 issue of National Geographic magazine, is available online now at natgeo.com/face and on print newsstands August 28