Koko The Gorilla Who Used Sign Language Dies At Age 46 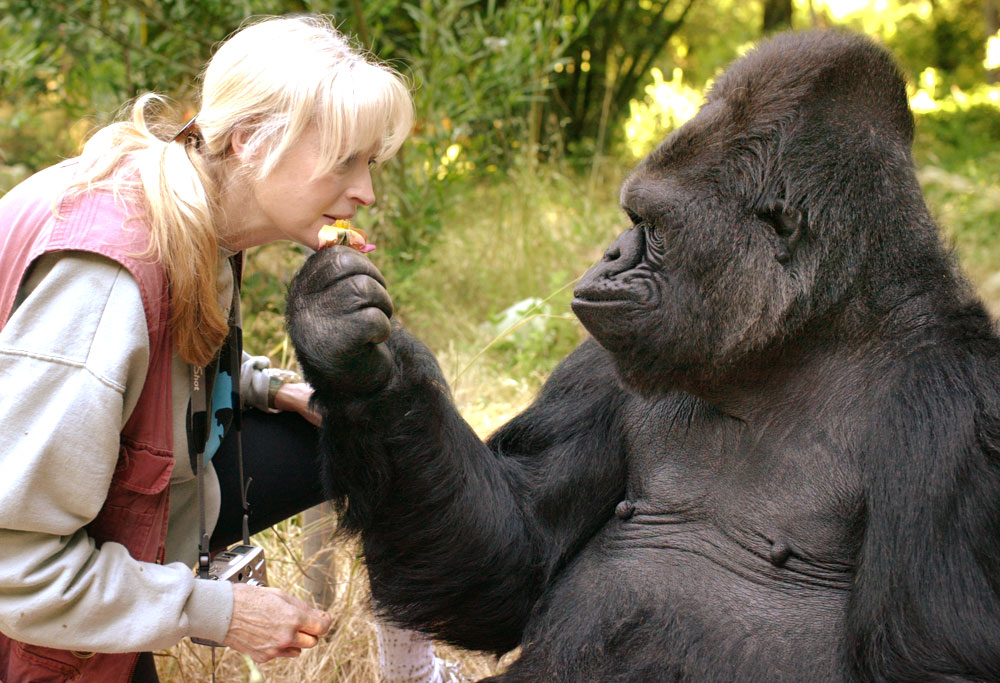 Who was Koko? She was the famous gorilla who learned sign language to communicate with humans. Last week, the beloved gorilla died at the age of 46, according to the Gorilla Foundation and it's leading animal psychologist Francine "Penny" Patterson.

Koko was laid to rest Saturday in a ceremony at an animal sanctuary in Northern California where she lived for decades.

Koko touched the lives of millions as an ambassador for all gorillas and an icon for interspecies communication and empathy. She was beloved and will be deeply missed.

Koko, a western lowland gorilla, was born Hanabi-ko (Japanese for “Fireworks Child”) on July 4, 1971 at the San Francisco Zoo. Dr. Francine “Penny” Patterson began working with Koko the next year, famously teaching her sign language. Dr. Patterson and Dr. Ronald Cohn moved Koko and the project to Stanford in 1974 and went on to establish The Gorilla Foundation. While at Stanford the project expanded to include a second western lowland gorilla, Michael. In 1979 Koko and The Gorilla Foundation moved to the Santa Cruz Mountains where Ndume joined them as a fellow ambassador for their species.

Koko’s capacity for language and empathy has opened the minds and hearts of millions. She has been featured in multiple documentaries and appeared on the cover of National Geographic twice. The first cover, in October of 1978, featured a photograph Koko had taken of herself in a mirror. The second issue, in January of 1985, included the story of Koko and her kitten, All Ball. Following the article, the book Koko’s Kitten was published and continues to be used in elementary schools worldwide. Her impact has been profound and what she has taught us about the emotional capacity of gorillas and their cognitive abilities will continue to shape the world.

The foundation will continue to honor Koko’s legacy and advance our mission with ongoing projects including conservation efforts in Africa, the great ape sanctuary on Maui, and a sign language application featuring Koko for the benefit of both gorillas and children.

L. A. Glam
Get The 'Honey Girl' Makeup Look With Stila's Sarah Lucero

L. A. Glam
How To Get Rihanna's 'Ocean's 8' Premiere Makeup Look