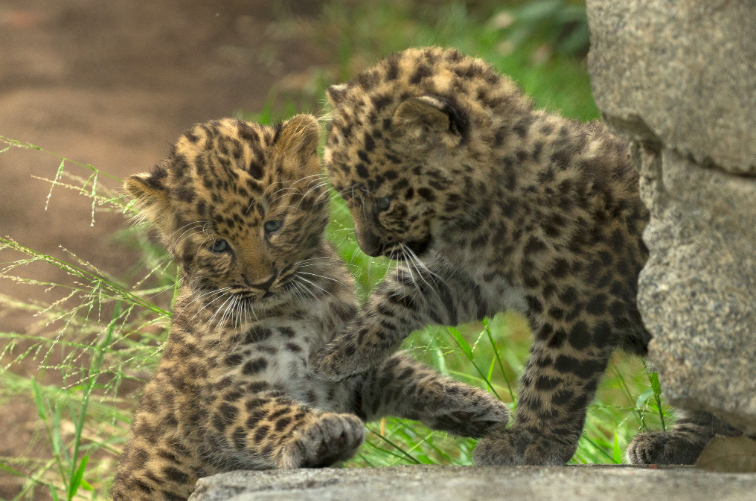 The San Diego Zoo has achieved another milestone this spring, after 4-year-old Amur leopard, Satka, (pronounced Saat Ka) gave birth to two cubs—the first time Amur leopard cubs have been born at the Zoo since the rare species first arrived in 2011. The cubs were born April 5th and are now spending more time outside of their den and in public view.

Over the past few weeks, Satka has been introducing the young ones to their habitat, slowly allowing them to explore, climb and play, before corralling them into the den for feedings or to rest. Animal care staff said that so far, they haven’t had much contact with the cubs. Instead, their objective is to allow Satka to take the lead in their care.

For the past seven years, the animal care staff has worked to gain management experience with this species, transporting cats from Europe to North America for approved breeding as part of the Global Species Management Program (GSMP)—an international conservation effort in which scientists work to increase regional animal populations. Less than 70 Amur leopards have been documented in their native habitat, the Primorye region of the Russian Far East, making them the rarest big cat species on the planet. These mostly solitary animals were once found in northeastern China, Russia and the Korean peninsula, but those populations have been decimated, due to loss of habitat and poaching for their thick, spotted coats. 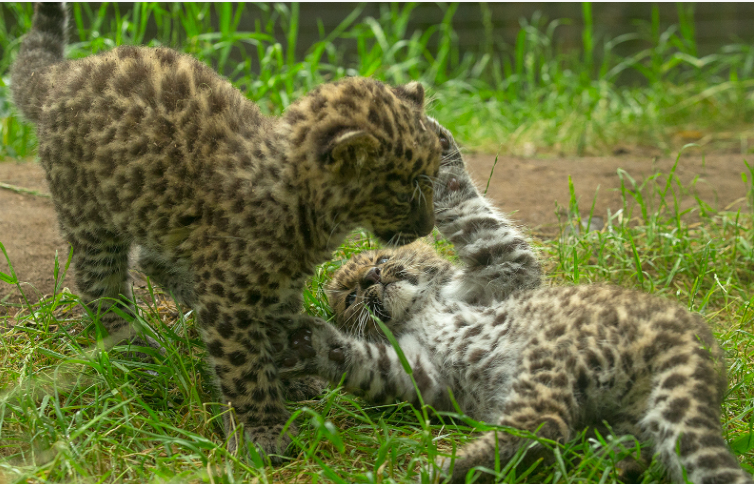 Animal care staff will perform a health check on the cubs within the coming days—including determining their gender. San Diego Zoo guests can visit Satka and her cubs at their home in the Asian Cats habitat found in Panda Canyon.

Lifestyle
Could You Win The Pet Care Innovation Prize?