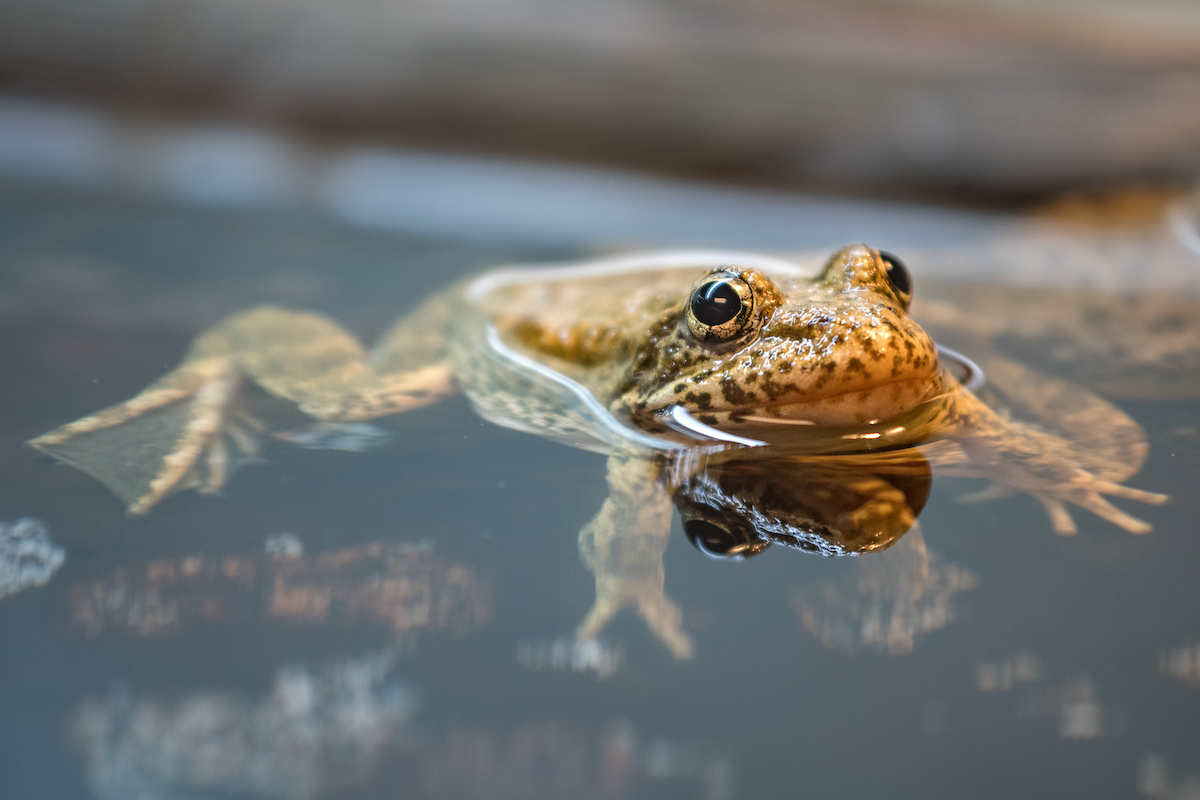 Always wanted to kiss a frog and find your Prince Charming? Now you can kiss 2,000 of them at the Zoo!

The Los Angeles Zoo has successfully reproduced over 2,000 Southern mountain yellow-legged frog tadpoles, an endangered species of amphibian native to the San Gabriel Mountains in Southern California. The tadpoles are the offspring of two groups of adult frogs the Zoo took into its care as tadpoles in 2014 when they were tasked to create an insurance colony for this species on the brink of extinction.

“When we learned there was a species of amphibian in our own back yard that was in danger of becoming extinct, we joined forces with several local and federal organizations to create an insurance colony that could be reproduced and whose offspring could one day be returned to the wild,” said Ian Recchio, Curator of Reptiles and Amphibians at the Los Angeles Zoo. “Based on our past experiences with sensitive amphibian species, we were confident we could raise their numbers. This endangered species of frog is only found in Southern California, so we felt a responsibility to help before it’s too late.”

The L.A. Zoo currently works with 58 endangered species in its care, but it also prides itself on being a zoo without borders. L.A. Zoo’s science, research, and captive breeding expertise is often utilized in the community and around the world to save endangered species in the wild. When Recchio found out this local population of frog was drastically declining due to habitat loss, the introduction of invasive species, and disease, the Zoo decided to bring its husbandry expertise out into the community and joined the Southern Mountain Yellow-Legged Frog Recovery Program. The program is a collaborative endeavor formed in 2006 between the Los Angeles Zoo, the San Diego Institute for Conservation Research, U.S. Forest Service, U.S. Fish and Wildlife Service, U.S. Geological Survey, and the California Department of Fish and Wildlife.

To do its part, the Zoo designed a biosecure amphibian breeding room to create a quiet, temperature-controlled environment for the tadpoles being brought to the Zoo’s captive breeding program. Built by Zoo animal care and aquarist staff, the room is equipped with life support and water quality technology to provide the most optimal conditions for this sensitive species of frog. 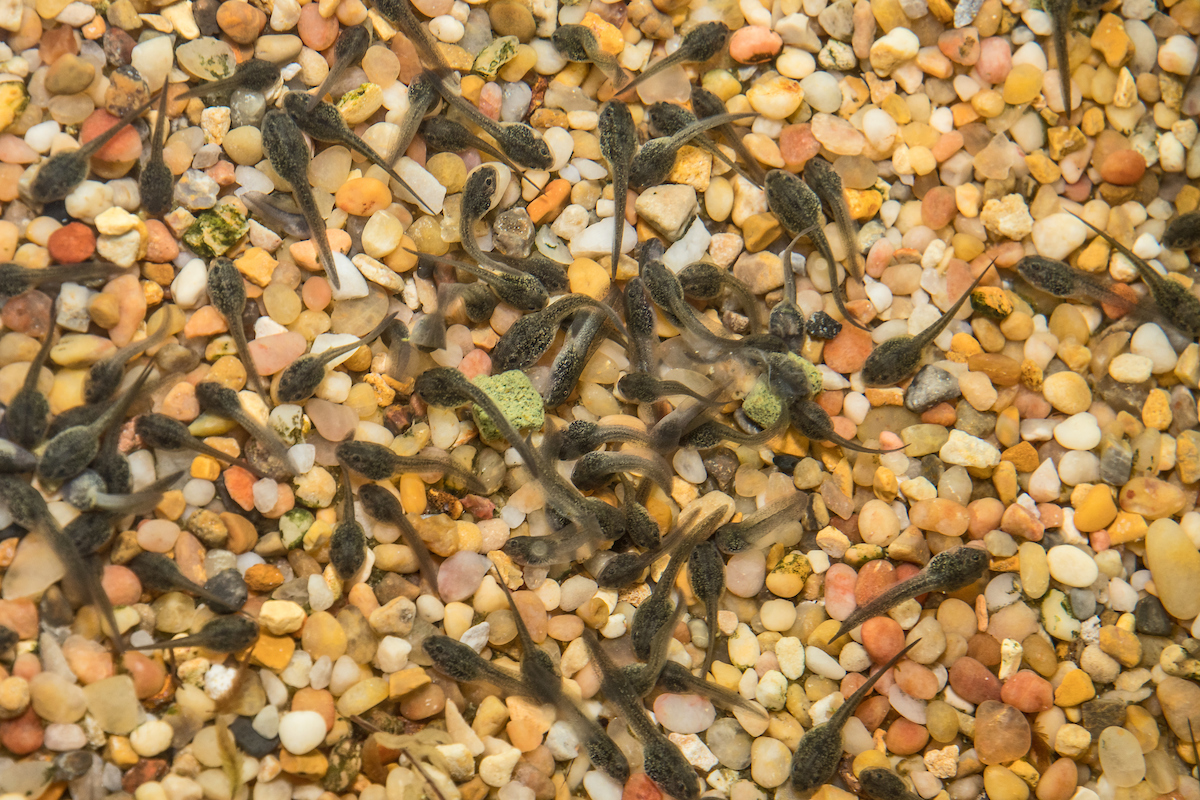 This species of frog lives in perennial streams in select areas of the San Gabriel, San Bernardino, and San Jacinto Mountains. They are a medium-sized amphibian, measuring about 1.5 to 3.25 inches on average. Adult frogs are a mix of brown and yellow coloring but can also be grey, red, or greenish-brown, usually with dark spots or splotches, called cryptic coloration. These spots can look like lichen or moss and make the frog appear camouflaged. The belly and underside of the back legs, and sometimes the front legs, are yellow or light-orange. This gives the frog part of its common name, "yellow-legged."

While Zoo guests can’t currently view the Southern mountain-yellow legged frogs on exhibit because all conservation work is being done behind the scenes, Angelenos can be proud of the amazing work their Zoo is doing to save this native, endangered amphibian. A portion of the 2,000 newly-hatched Southern mountain yellow-legged frog tadpoles will eventually be released back into the San Gabriel Mountains to add to a population that is nearly extinct.