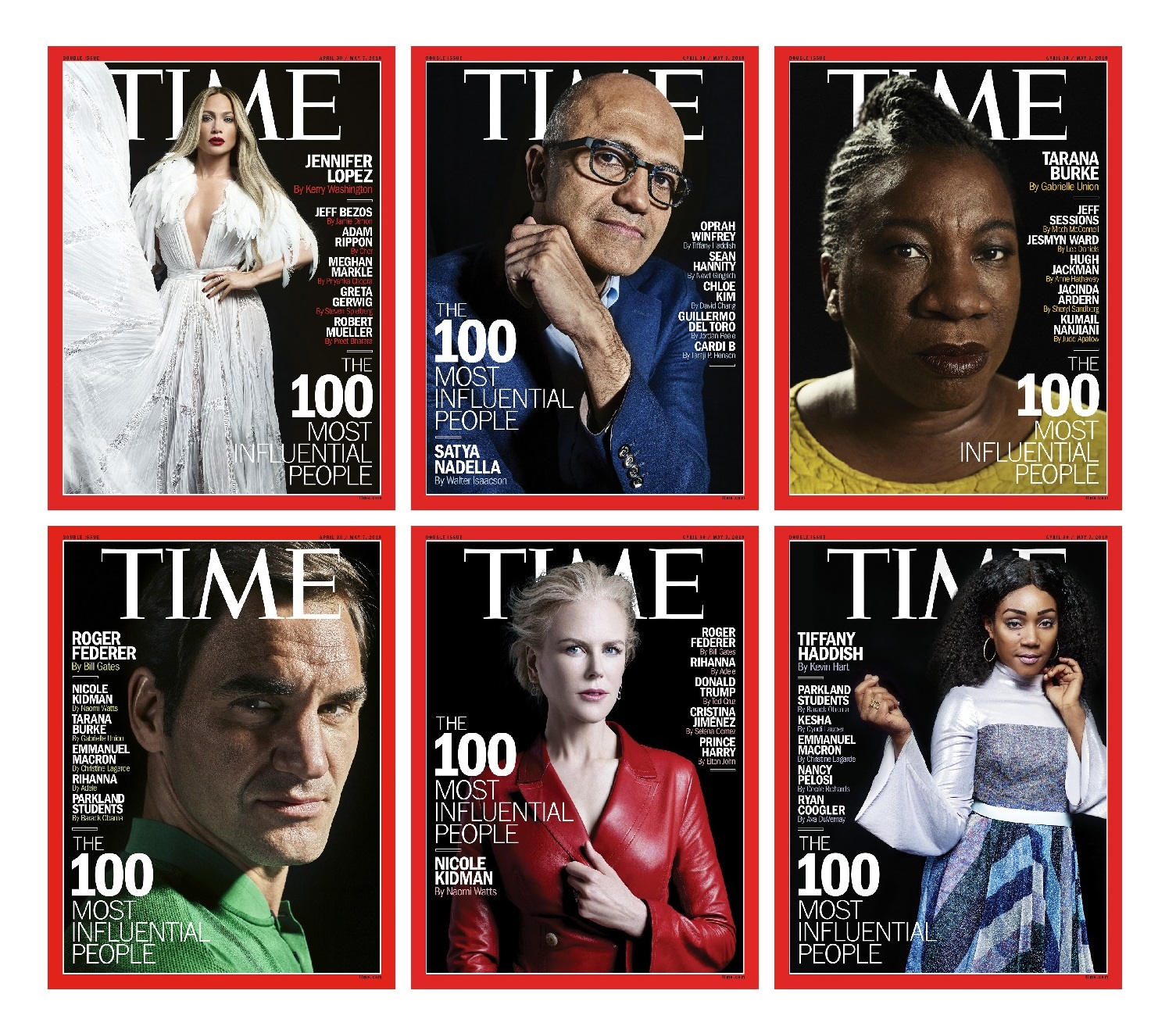 TIME reveals the 2018 TIME 100, its annual list of the 100 most influential people in the world. The issue has six worldwide covers, each highlighting a member of the TIME 100: Jennifer Lopez, Nicole Kidman, Roger Federer, Tarana Burke, Satya Nadella, and Tiffany Haddish.

This year, the TIME 100 list comes with a soundtrack. Throughout the issue, readers will learn what inspires the world’s most influential people—and will also find even more of their musical inspirations on a special Spotify playlist. Listen at spoti.fi/time100

“The TIME 100, always a reflection of its moment, looks quite different than in the past,” notes TIME Editor-in-Chief Edward Felsenthal, citing as one example the record 45 people on this year’s list who are under 40. “Influence increasingly knows no single zip code and no minimum age,” he adds, “and a common theme in the tributes is how much we can learn from [the young].”