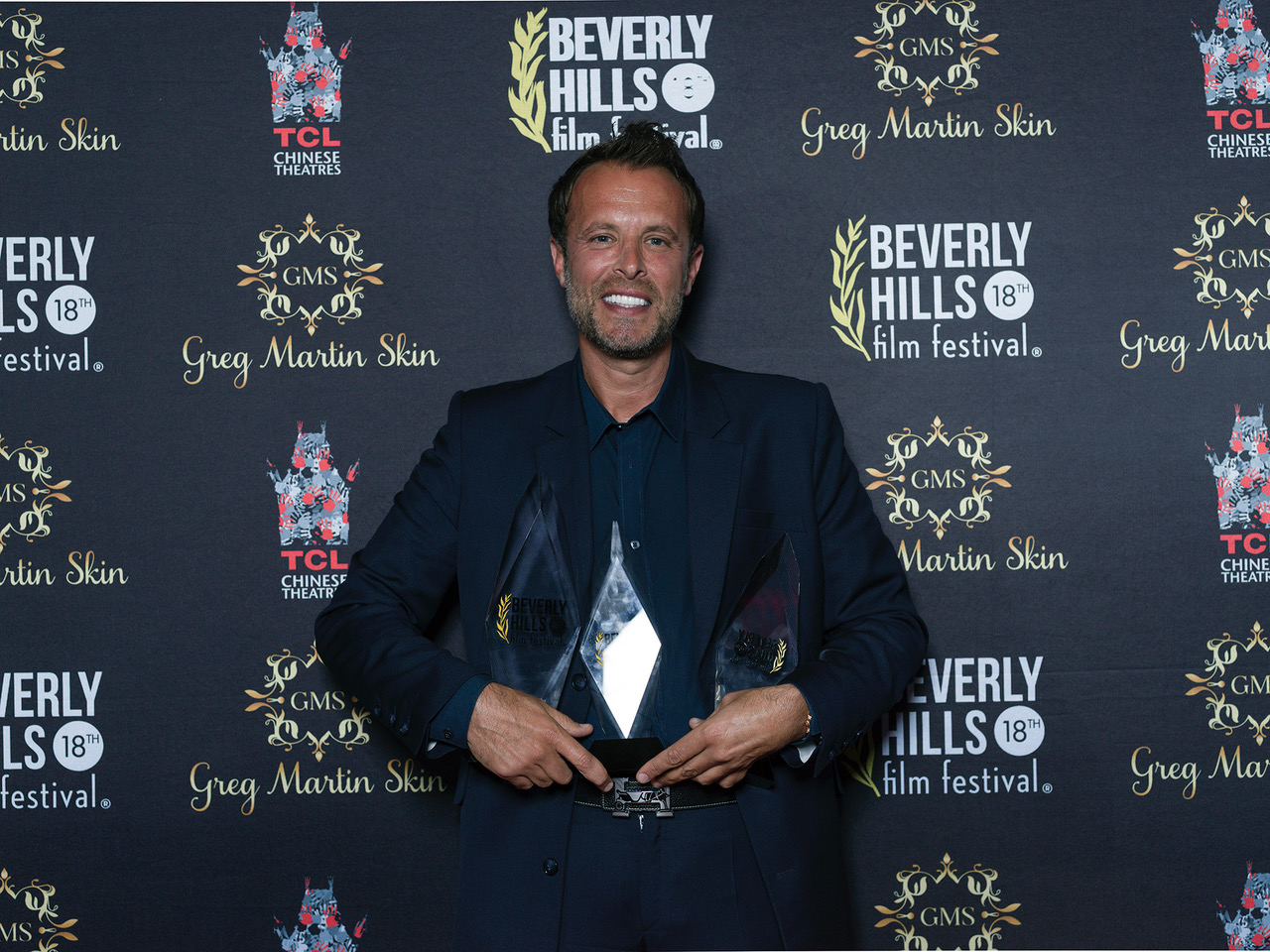 The festival's Gala Awards Ceremony honored the documentary with three trophies, including the fest’s top honor of the Golden Palm for Best Feature Film, as well as Best Cinematography, and the Jury Prize for Best Documentary.

The film features Snoop Dogg, Michael Madsen, Stephen Dorff and Don Ed Hardy and presents an insightful journey into the life and death of fashion designer Christian Audigier, who created the Ed Hardy brand. After being diagnosed with MDS, an aggressive type of blood cancer, Christian must accept his own fate.

The Gala was held at The Hollywood Roosevelt Hotel's famed Blossom Ballroom, the home of the first Academy Awards.

“I promised Christian a few days before he passed away that the project would see the light of day—no matter what.  Christian would have been so proud to receive these three trophies at the Beverly Hills Film Festival. This movie was his biggest dream!” said Sopoglian.

BHFF presented its 2018 line-up of 100 competition films over five days at the TCL Chinese 6 Theatres in Hollywood. The festival kicked-off on Wednesday, April 4th with the Opening Night World Premiere of Bob Saget’s  “Benajmin.”

Best Student Film went to “The Father of Art”

Visit: beverlyhillsfilmfestival.com for the complete line-up of the 2018 official selections.

Film
Milos Forman: Oscar-Winning 'One Flew Over The Cuckoo's Nest' Director Dies At 86