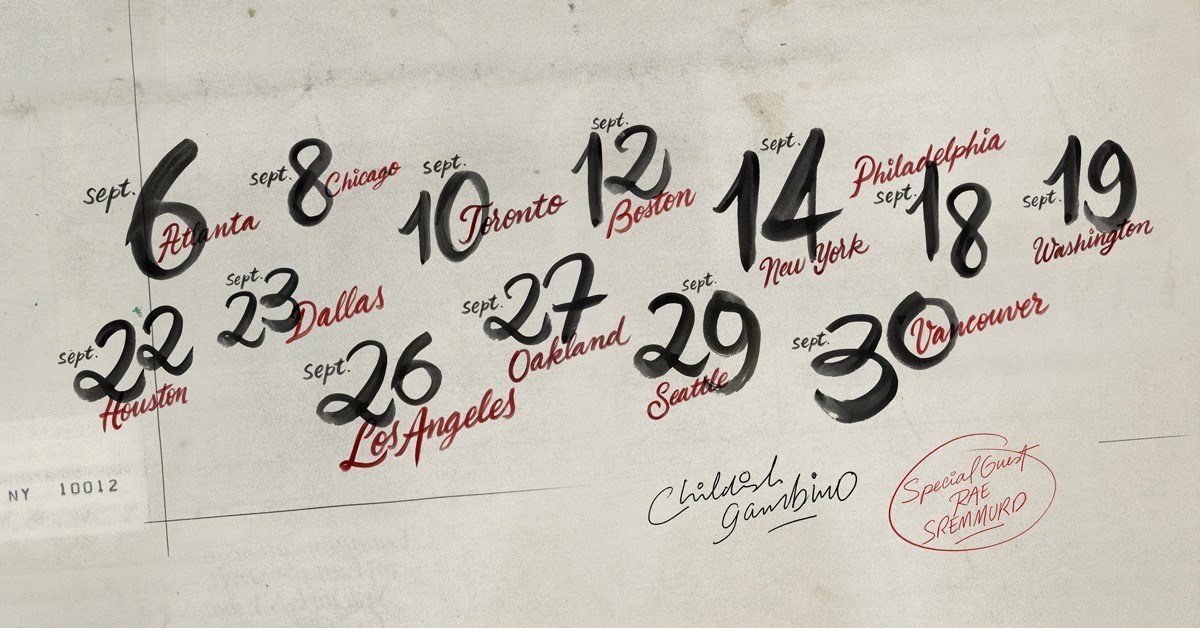 Produced by Live Nation in partnership with Wolf + Rothstein, the month-long outing will visit 13 cities across North America, kicking off in Atlanta on September 6 and wrapping in Vancouver on September 30.

Childish Gambino's last live music production, "PHAROS," was a runaway success in 2016. The highly-acclaimed performances took place in Joshua Tree, California, where Gambino debuted songs from his third studio album "Awaken, My Love!" The performances were recorded and later accompanied the vinyl release of the album, along with a VR headset and an app that allowed owners to access the "PHAROS" performances. The critically-acclaimed, certified gold album was nominated for Album of the Year and Best Urban Contemporary Album at the 2018 GRAMMY Awards, while "Redbone" won for Best Traditional R&B Performance and received nominations for Record of the Year and Best R&B Song.

"PHAROS" returns this year to New Zealand on November 23, 24 and 25. More information and tickets are available now through the Pharos Earth mobile app https://pharos.earth.