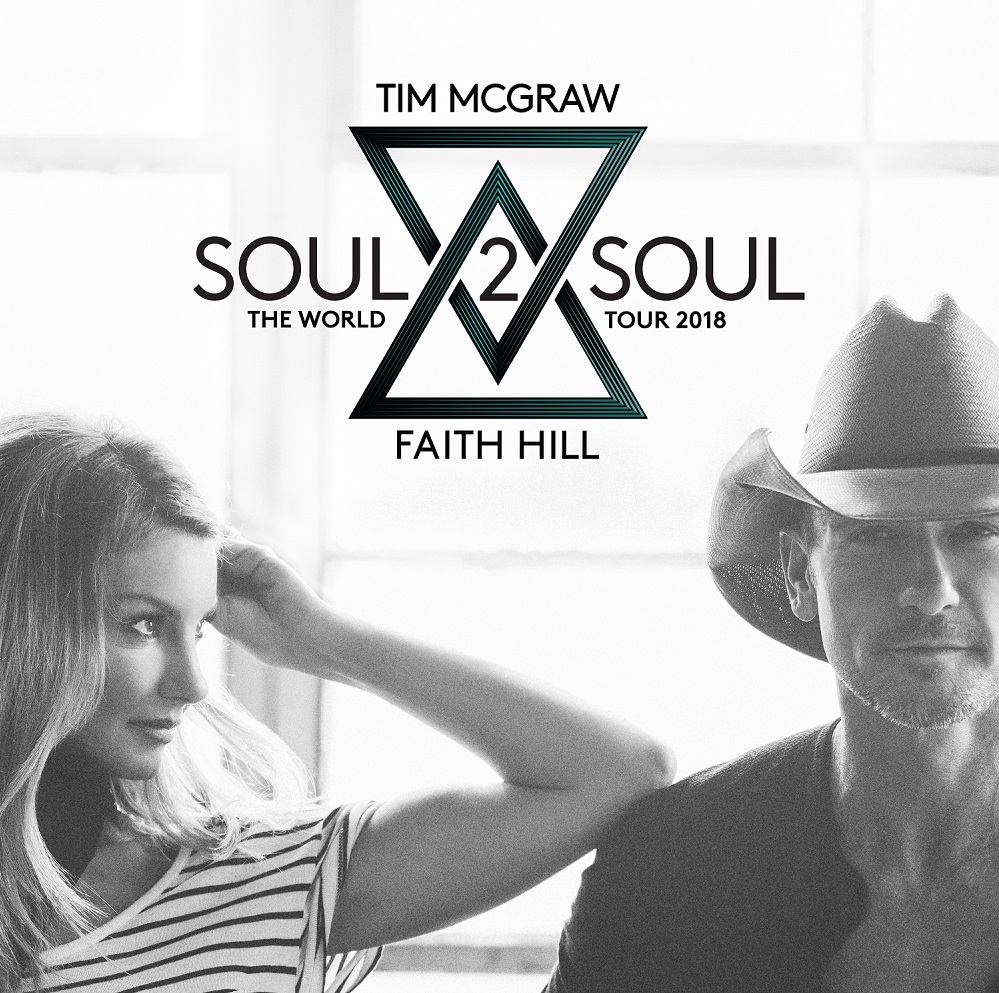 Ahead of the forthcoming summer 2018 leg of their critically-acclaimed Soul2Soul The World Tour, Grammy® Award winning superstars Tim McGraw & Faith Hill have announced rising singer/songwriter Caitlyn Smith and country star Devin Dawson as support acts throughout the run. Tickets for the tour are on sale now at http://soul2soultour.com/.

Smith will serve as opening act from the tour kick-off date – May 31 in Richmond, VA – while Dawson will take over as opening act on June 26 in Bossier City, LA, through the end of the leg. Please see below for full itinerary for U.S. tour support.

The Soul2Soul World Tour – which has sold over 1 million tickets since its initial trek that spanned April-October 2017 – has been a fan favorite and critical success from its launch, with rave reviews and sold out shows. The tour was the #1 Country Tour in Billboard’s Boxscore and among the Top 10 North American tour and Top 20 Worldwide tour all-genres in Pollstar’s year-end 2017 charts. The show has consistently stunned audiences across North America with its sharp production, deep catalog of hits, and McGraw & Hill’s palpable chemistry: