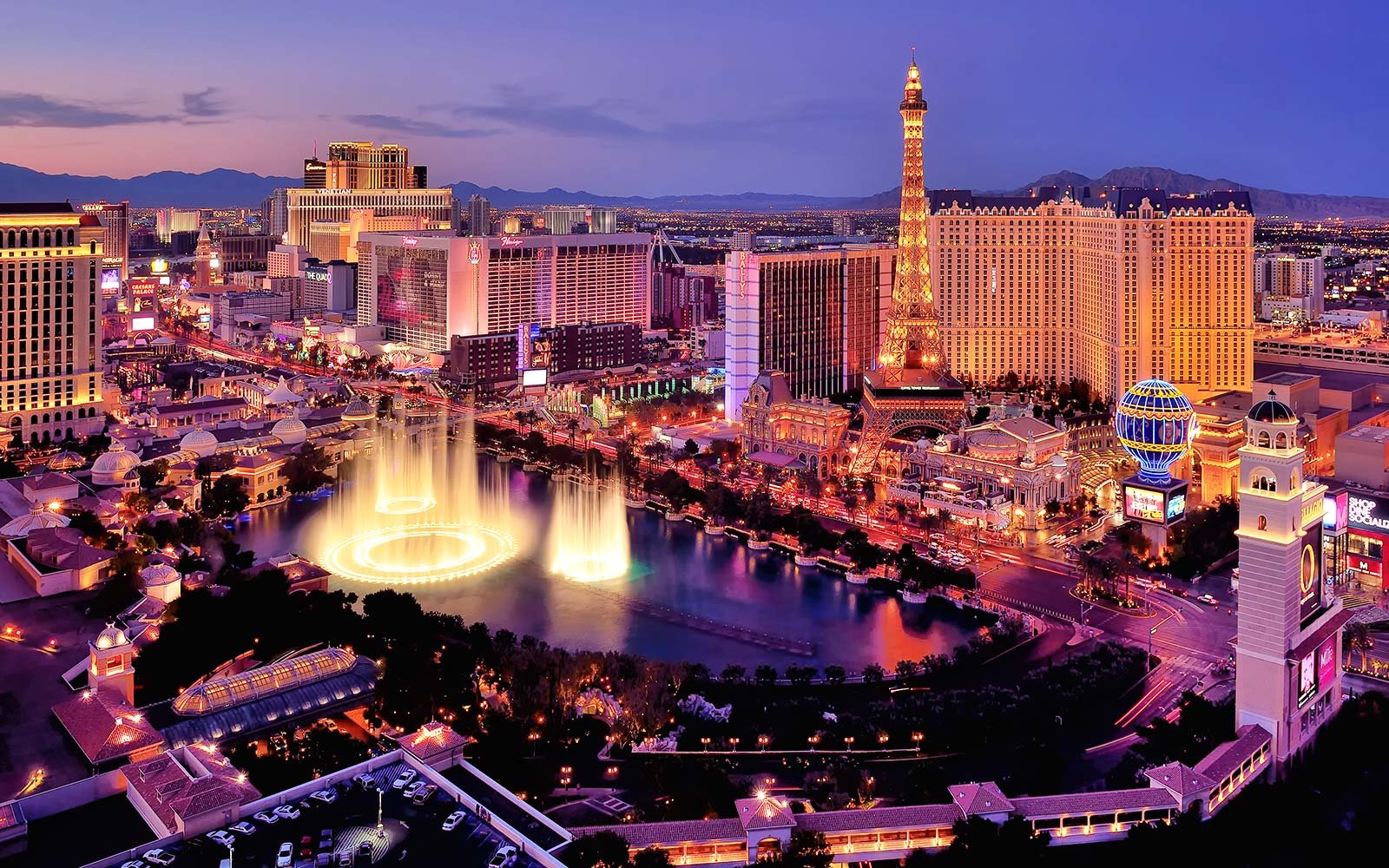 Whether it’s jaw-dropping aerial acts twisting and turning overhead or world-renowned headliners with their name in lights, Las Vegas continues its reign as the Entertainment Capital of the World, delivering over-the-top performances night after night. With new acts opening in the coming months, visitors will be able to enjoy numerous exciting, only-in-Vegas entertainment offerings throughout the destination.

“Visitors from around the world come to Las Vegas each year to take part in our remarkable entertainment offerings,” said Cathy Tull, chief marketing officer for the Las Vegas Convention and Visitors Authority. “With the addition of iconic artists throughout the destination, our resort partners have cultivated an unparalleled wealth of entertainment options that cater to just about every taste. Whether you’re a first-time or repeat visitor, there’s always something new and exceptional to experience in Las Vegas.”

On the heels of an extravagant event in front of Park MGM, Britney Spears announced she is returning to the Las Vegas stage with a spectacular new residency, beginning Feb. 13, 2019. The multi-platinum, GRAMMY® Award-winning superstar will embody her strong, take-charge attitude at Park Theater with her new show, “Britney: Domination.” Designed to give her fans and concertgoers an immersive experience, this show will bring them closer to the excitement than ever before as they party, dance and sing along to her amazing catalogue of hit songs. 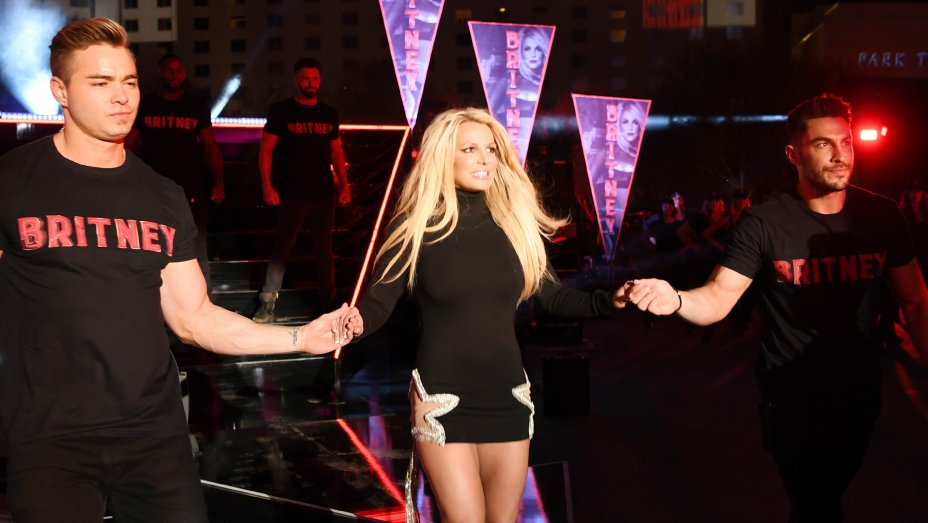 Adding to an already impressive line-up, Park Theater at Park MGM is home to numerous limited engagements and residencies by internationally known superstars.Beginning Dec. 28, 2018 six-time GRAMMY® Award-winner, Golden Globe Award-winner and Academy Award-nominee superstar entertainer Lady Gaga will bring her one-of-a-kind talent and creativity to the stage at Park Theater. Highlighting her iconic energy and raw talent, LADY GAGA ENIGMA is a brand-new odyssey of her pop hits built as an experience unlike any other. A second unique show, LADY GAGA JAZZ & PIANO will feature stripped-down versions of her hits as well as music from the Great American Songbook. 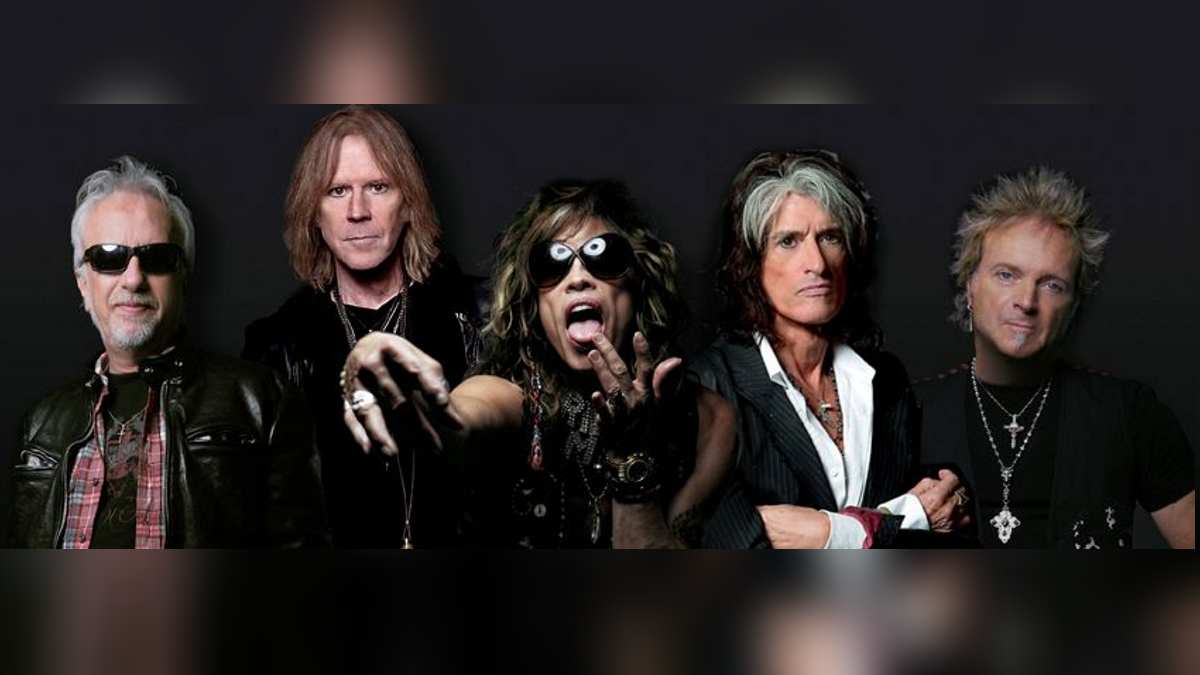 America's all-time top-selling rock ‘n’ roll band, Aerosmith, will bring the audience up-close and personal with their headlining residency, “AEROSMITH: DEUCES ARE WILD,” at Park Theater beginning April 6, 2019. Fans will enjoy performances of some of the band’s most iconic hits including “I Don’t Want to Miss a Thing,” “Walk This Way,” “Sweet Emotion,” and many more inside the state-of-the-art venue.
As the first Country act to headline the venue, Lady Antebellum has announced their first-ever Las Vegas residency, “OUR KIND OF VEGAS,” launching Feb. 8, 2019 at the Palms Casino Resort’s Pearl Concert Theater. The seven-time GRAMMY® award-winning trio will combine their chart-topping songs with unparalleled production and multidimensional staging. Current CMA “Vocal Group of the Year” nominee, Lady A will bring Nashville to Vegas with stripped-down performances each night that will often feature the songwriters behind the group’s fan-favorite hits.
At the other end of the Strip, legendary singer-songwriter, record producer and record executive Smokey Robinson will make his debut at Wynn Las Vegas Feb. 27 and March 1-2, 2019 with his new show, “Live in Vegas!” With more than four decades of hits, Robinson will present his most beloved numbers in a three-night-only engagement at the intimate Encore Theater, including “You’ve Really Got a Hold on Me,” “I Second That Emotion,” “The Tears Of a Clown” and others. 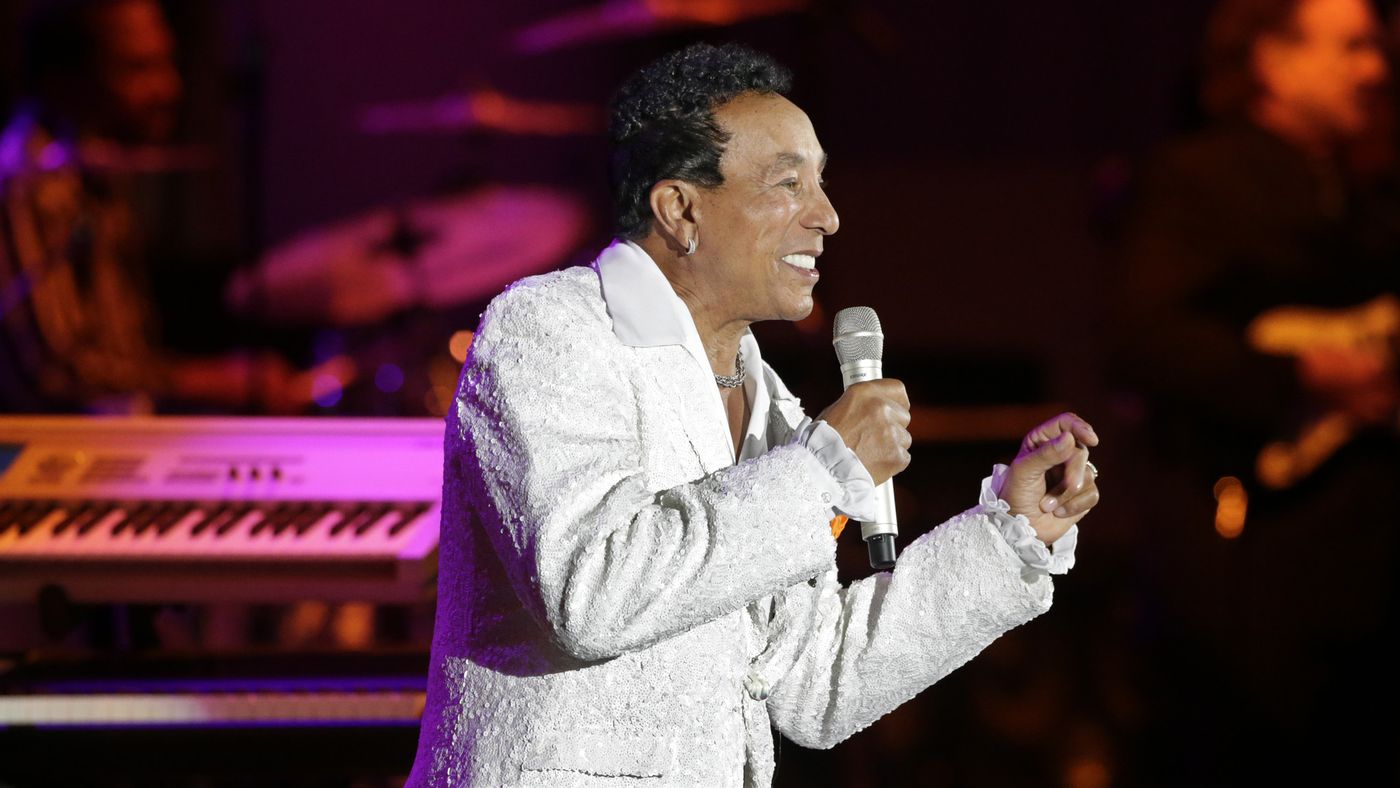 Due to popular demand, Chicago will return to The Venetian Theatre inside TheVenetian Resort Las Vegas for an eight-show limited engagement on Feb. 8, 2019. Known as one of the most successful and critically acclaimed rock bands of all time, Chicago will perform an unique and extensive setlist of their mega-hits including “25 or 6 to 4," "Saturday In The Park," "Feelin' Stronger Every Day," "Make Me Smile," and many others.
Multi-platinum recording artist and five-time GRAMMY® Award-winner James Taylor recently announced a 12-show run in Las Vegas this spring at The Colosseum at Caesars Palace. The famed singer-songwriter will be joined by his All-Star Band for the special engagement, beginning April 17 through May 11, 2019.Just across the street, multi-platinum recording artist and global icon Gwen Stefani has taken the stage by storm with her exclusive headlining residency, “Gwen Stefani – Just a Girl,” which opened in June 2018. The eye-popping spectacular has audiences going “B-A-N-A-N-A-S” while performing her chart-topping hits such as “Hollaback Girl,” “Rich Girl” and more inside Zappos Theater at Planet Hollywood Resort & Casino. 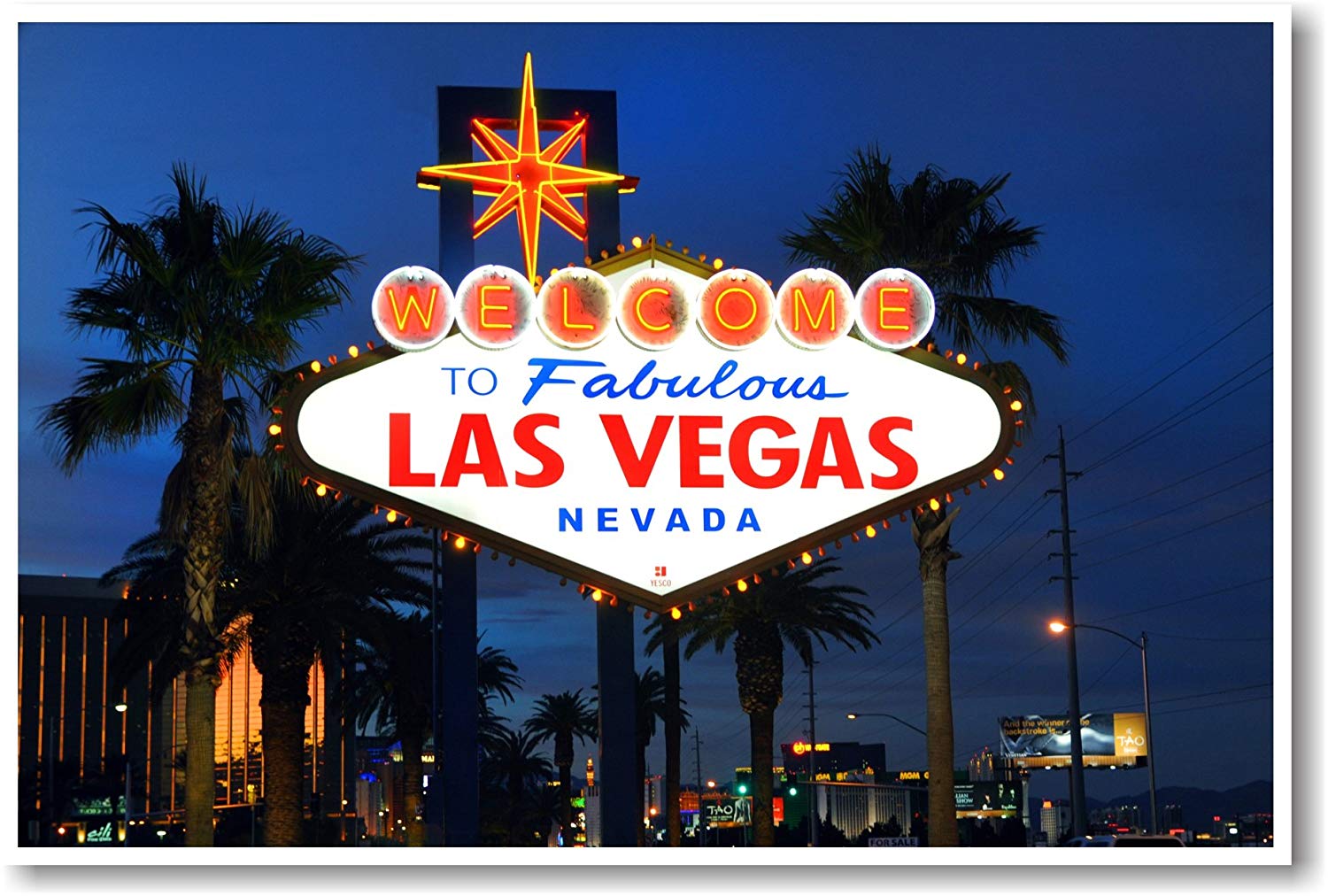 Pop juggernauts the Backstreet Boys have announced the final shows of their record-breaking Las Vegas residency, “Backstreet Boys: Larger Than Life” at Zappos Theater. Their sold-out shows have attracted fans from all over the world and will return to the stage for their final performances through April 27, 2019.
Audiences can rediscover the music that influenced and defined a generation at I LOVE THE ’90s – THE VEGAS SHOW, which recently opened at Paris Las Vegas. A rotating lineup of crowd favorites will headline, with Salt-N-Pepa, Rob Base and All-4-One kicking off the residency. Other artists confirmed to take part in this incredible live experience include Sugar Ray’s Mark McGrath, Kid ’n Play and Dru Hill.
Las Vegas is also home to legendary performers such as Celine Dion, Rod Stewart, Cher, Diana Ross, Carlos Santana and more. The destination continues to bring in chart-topping artists and residencies including Boyz II Men, blink-182 and Mariah Carey.