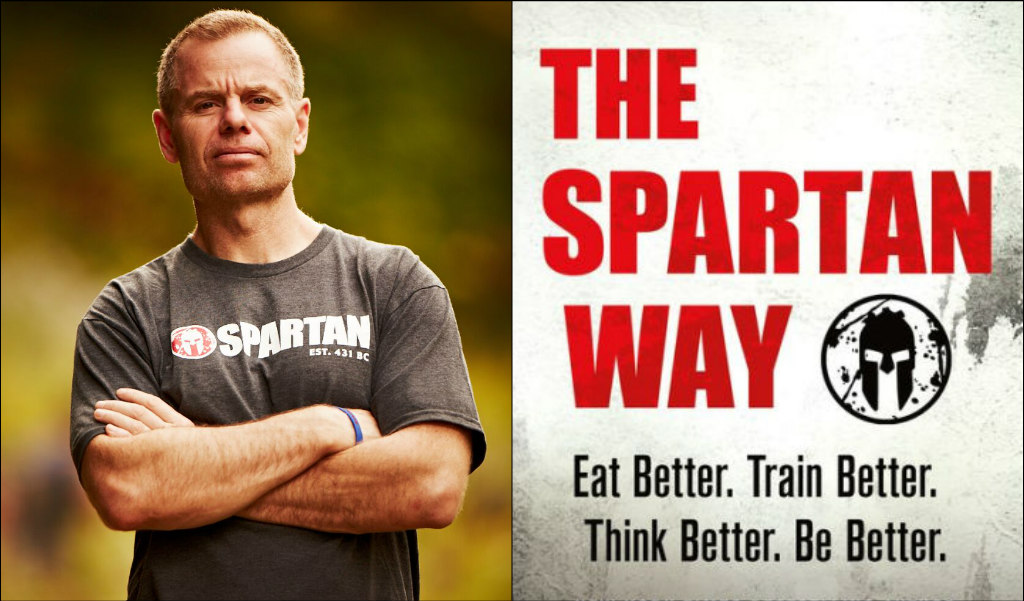 “Look around, people are unhealthy,” Joe De Sena, founder of Spartan Race, said to me. Living in Los Angeles, most men and women are walking around in fitness apparel whether they’ve just worked out or not, seemingly in-shape. But, it’s true. People are unhealthy, especially Americans. According to the CDC, obesity affected 93.3 million adults in the U.S.[1], and that was two years ago.

“This [Spartan Race] is a public service. This is not even a business. We have no choice but to do this and convince people to start getting healthy. This is not a want to do, this is a have to do,” Joe added.

After exchanging his Wall Street suit-and-tie for barbwire, sandbags and burpees, Joe made it his mission to inspire the couch potatoes of the world to get up and get moving. First, there was Death Race. Imagine, 3000 burpees in 12 hours, or 31,000 ft. of rope climbing in 7 hours. Sure, it might seem drastic, but when you put your mind and body to the test, it’s all possible. Let’s call it, The Spartan Way, which also happens to be the title of Joe’s latest book; 196 pages filled with stories of grit, inspiration and the tools you need to eat better, train better, think better and be… better.

In our pampered society and culture of immediate satisfaction, Joe’s belief system and The Spartan Race franchise is exactly what the doctor ordered. But the prescription won’t work if you don’t put the work in. That goes for everyone from kids to parents. But, with a “babied” generation of millennials who would rather Snapchat than do anything that takes any effort, I asked Joe what we can do to bring discipline back into our homes.

He said, “It's hard. Little things: stand up at your desk, take cold showers, do burpees in the morning, fast once a month. Don't jump to your kids when they get a cut or a bruise; it's not that big a deal. Wake your kids up early. Make them sweat and work everyday. Every other animal in the animal kingdom prepares their cub, their kid for the wild. And we do just the opposite. What happens when we're not there anymore? The kid is not prepared; they're used to sleeping in the basement. We tell my kids, ‘You can watch TV as long as it's in Mandarin.’ Every morning I make them work out.They carry kettlebells, they wrestle, do Kung Fu. The joke in the house is ‘Look, you can do whatever you want when you turn 18, but for now, this is what we're doing and you'll thank me for it later. I'm not doing it for thanks, or praise or smiles. I'm doing it because I'm preparing you for the world. During the summer you're going to mix cement and lay bricks. You're going to do math everyday. I'm sorry, that's the deal - that's the way it works.’”

And if you think Joe goes easy on himself, you can think again. I was curious how the Spartan Godfather indulges himself. What does he do to unwind after climbing a mountain with sandbags on his back?

Without any hesitation he said, “Joe never relaxes.” 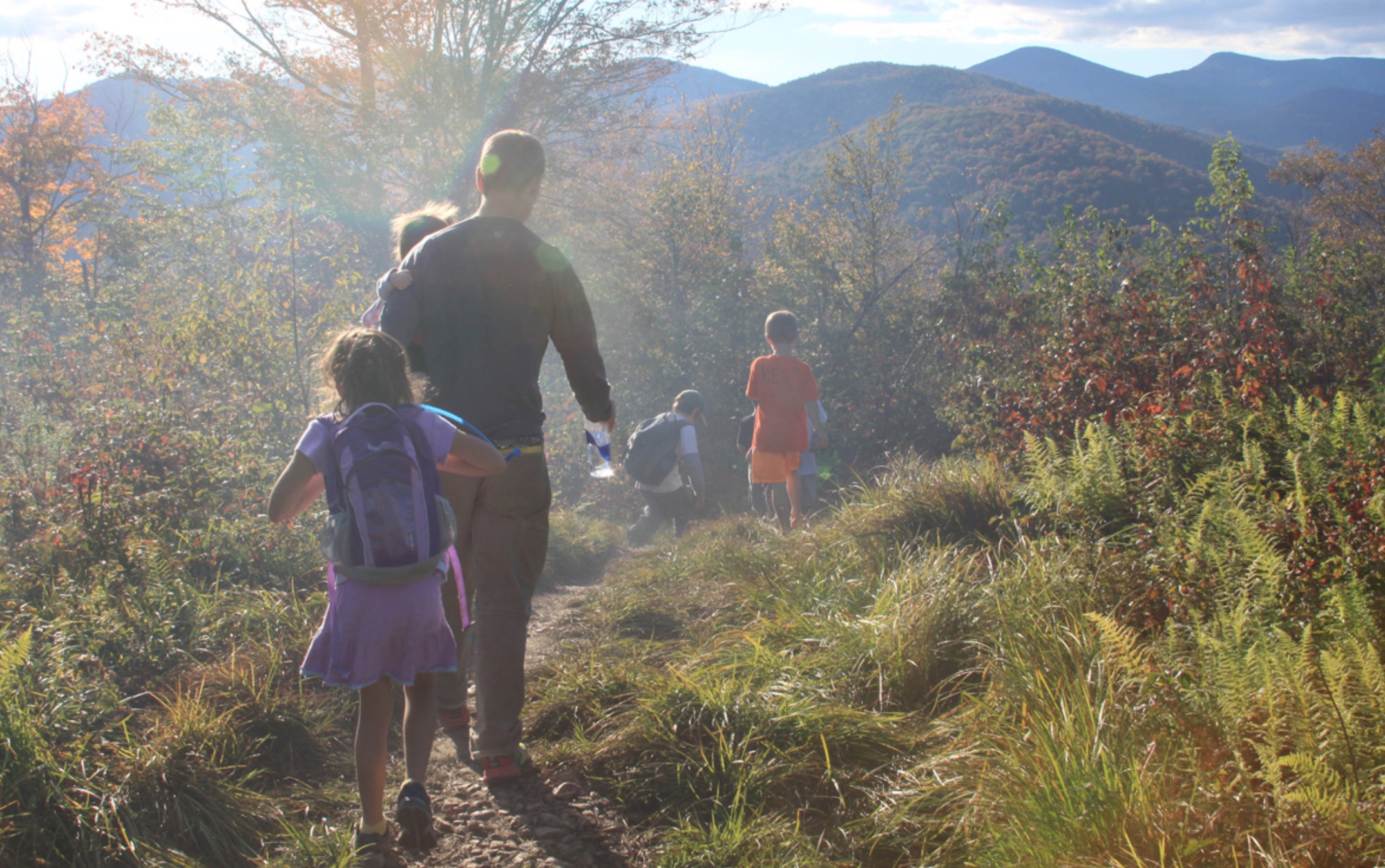 Joe hiking with his children in Vermont

Of course, he would like to rest, but there’s always a challenge to conquer. “I do a lot of Spartan races - and then I'll always do bigger stuff too. I'll have friends that say, ‘Hey on such and such date we're running 50 miles or 100 miles.’ I'm 50 years-old now I don't really feel like doing it but I know that when I get it on the calendar, it's going to force a whole bunch of Dominos to fall into place which are positive.”

“All I'm asking the first-world to do is... Make your life a little harder, it will make you better.”

The Spartan Race franchise has grown to become the largest obstacle course and endurance brand in the world. With events like; Sprint, Super, Beast, Ultra and Hurricane Heat, you can pick your poison from a 5k to marathon distance. And don’t forget about the obstacles: tire flips, rope climbing, multi-rig, tyrolean traverse, etc., etc., etc.

“When I started, I thought maybe there were 50,000 people that wanted to do this race. And then I said, ‘Wow, maybe there's a million.’ Now I think there's 100 million. It's like you said, every path of the next generation just gets softer and softer. I think viscerally, people want to feel good, they want to be connected with each other, with the outdoors and themselves. That's what living this way does. I can't imagine there's any human being that doesn't secretly want to be a Spartan. And I don't mean in the sense that they do a race. Who doesn't want to fit into a pair of jeans better, and look and feel better? All we're doing is providing a time and place for them to get out of their comfort zone and force them to drink a little less, eat a little less junk food, go to bed a little earlier and wake up a little earlier. Show them a way that they don't know,” Joe passionately stated.

In The Spartan Way, Joe details this “no excuse” way of living and the steps to transforming your life. It’s important to take into account that running one race is great, but that doesn’t mean you should call it quits because you ate healthy for one month leading up to the race.

Joe explained, “You can't go to the gym once and then you're done. Unfortunately if you're a one and done type person - you need that event to drive your habit. We are like an accountability Spartan. Every time I used to do my long races; 500 miles, whatever they were - mid way through I'd say ‘This sucks, I'm never doing this again.’ And as soon as I finished, I had to sign up for another one because I knew that as long as I had something on the calendar that was hard, it would drive me and make me accountable.”

In the Spartan world, there is the Trifecta. You earn a Trifecta medal when you’ve completed one Sprint, Super and Beast or Ultra in a calendar year. Now, if you think that the Trifecta was created just to make more merchandising money, you’re wrong.

“The reason I push people to do the trifecta is - You get the Sprint done. Alright, now that you've got 3 miles under your belt, let's see you get 8 miles under your belt and 13 miles. If you do that over the course of a year, your whole life changes because you've changed habits for 12 months. It's not like I trained for 30 days and I went and did this sprint and now I'm going back to eating cheese and drinking beer. So, If I can get you living that way - on the hook and being accountable for 12 months, it's very likely you're going to change your life. And that's really what my mission is at the end of the day,” he said. 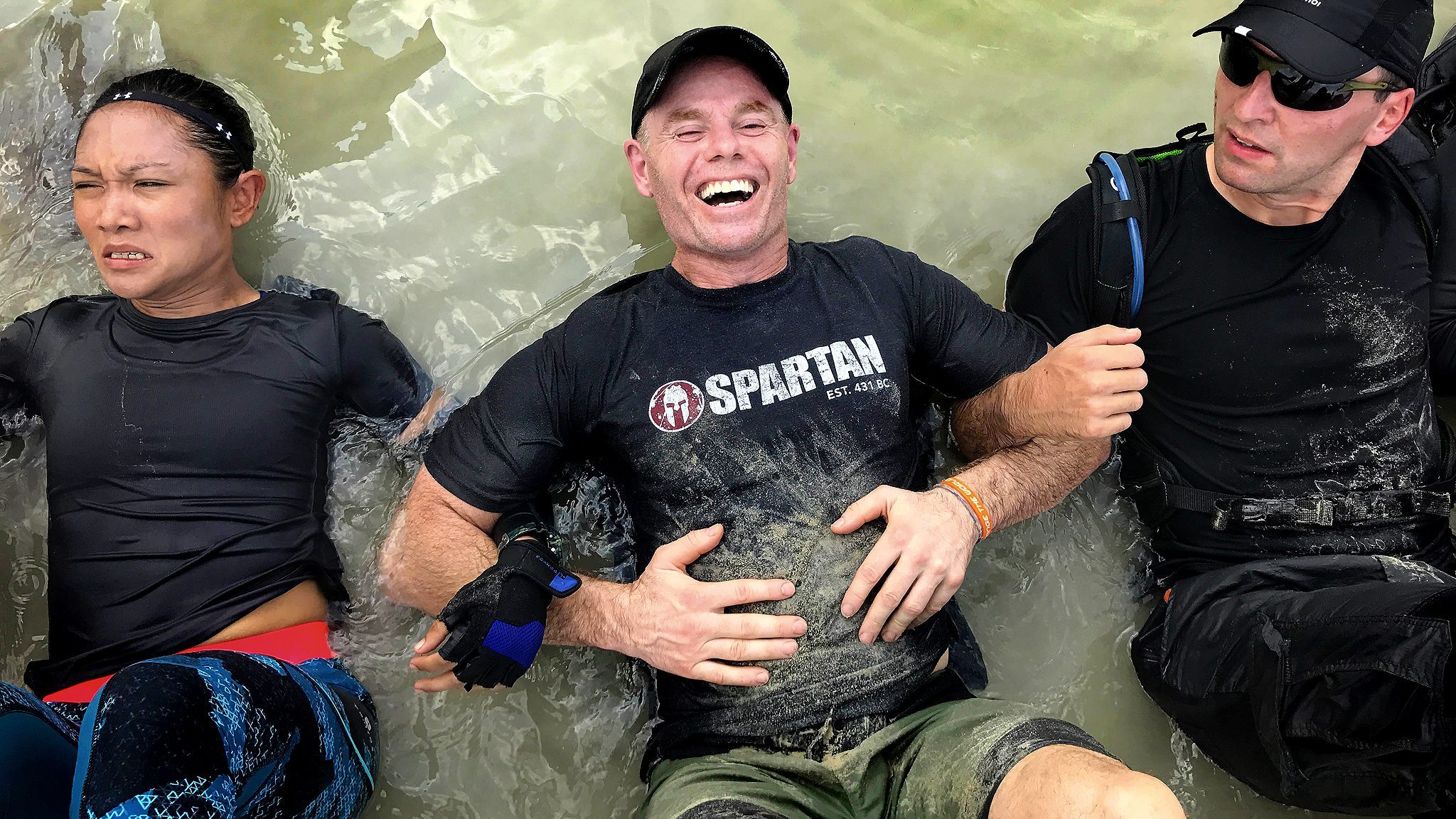 In the book, Joe asks the reader to find their True North. What drives us? It’s almost like an objective in life; something that puts you back on track to achieve your goals. Whatever Joe puts out into the universe or for his brand, he lives by it too.

“I made a policy with myself as a kid that whenever I don't want to do something; as long as it's healthy and good... I have to do it. It's non-negotiable. I don't feel like working out this morning - I got to do it. I don't want to take a cold shower - I got to do it. What I've learned all of these years is: you eat an elephant one bite at a time, you just got to take that first step. I'm always talking publicly, forcing myself to be committed publicly. I don't want to be dishonorable when it comes to do what I say I'm going to do. That's one way to stay aligned and stay true to your values and your visions is just constantly put it out there,” he said.

As far as Spartan Race goes, it’s growing by the second. I can speak first-hand that the obstacle course way of life has changed mine for the better; transforming a journalist into an athlete, as well. It’s Joe’s hope to turn OCR (Obstacles Course Racing) into an Olympic sport. Something tells me, he’s going to achieve that goal.

“I'm trying to change 100 million lives and the only way we're going to do it is with big vocal partners. Whether that's television, digital platforms, companies... we recently did a partnership with Rakuten. Companies like that could help us build our dream. I can't do it alone. Even though we're in 41 countries, we're still a small company. Air Force, Army.. if we get big partners that are rowing in the same direction we're rowing and believe what we believe in.. we could change the world together.”