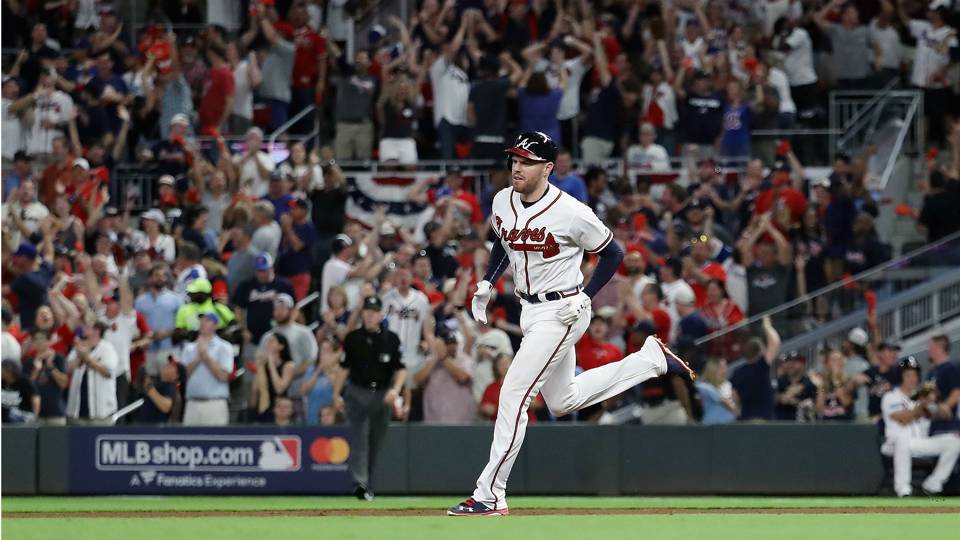 After the Los Angeles Dodgers pitched another 3-0 shutout in game 2 Friday at Dodger Stadium, the series shifted to SunTrust Park in Atlanta on Sunday and the Atlanta Braves staved off elimnation with a 6-5 win to live to play another day.

The Braves barged to a 5-0 lead in Game 3 of the NLDS against the Dodgers thanks in large measure to a grand slam by rookie phenom  Ronald Acuna Jr. off fellow rookie Walker Buehler. The Dodgers, though, battled back, and a pair of home runs in the fifth tied the score. Atlanta stalwart Freddie Freemanreclaimed the lead with a solo homer to lead off the sixth. In the ninth, the Dodgers looked poised to flip the script yet again when the first two batters of the inning reached. However, Arodys Vizcaino battled back from a 3-0 count to strike out Max Muncy. Then he got Manny Machado and Brian Dozier to chase two-strike sliders to escape the jam and give the Braves a 6-5 win at home. With the win, the Braves force a Game 4 Monday back in Atlanta.