From Emmy winning creators Chuck Lorre and David Javerbaum, Disjointed is a modern twist on the American Dream, a story of the highs, the lows, and half-baked drama of a family-run marijuana dispensary. The irreverent workplace comedy stars Academy Award winner Kathy Bates as Ruth, a lifelong advocate for legalization whose dreams are finally realized when she becomes the owner of a cannabis dispensary in LA. 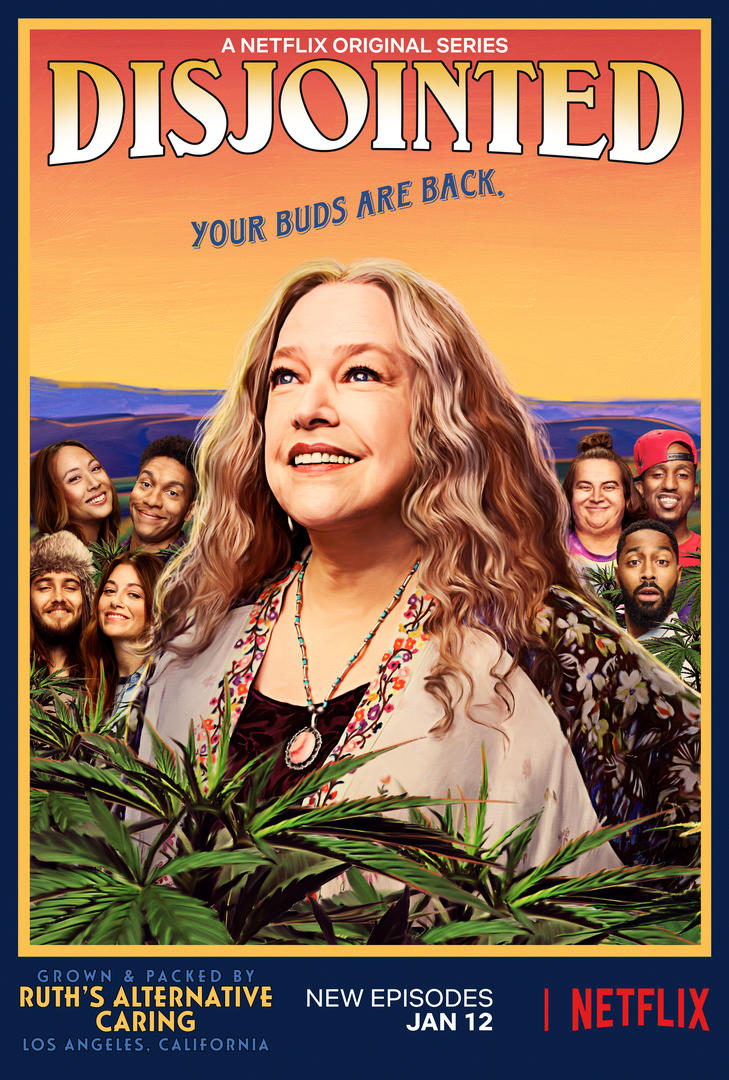 Ruth’s cannabis cohorts include three budtenders, her twenty-something son and deeply troubled security guard. In Part 2 of the series, Ruth and her squad are back in business (after being shut down by the DEA) and are celebrating this next chapter in their lives as they navigate through new milestones and misadventures at Ruth’s Alternative Caring. Disjointed also stars Chris Redd, Nicole Sullivan, Tone Bell, Betsy Sodaro, Elizabeth Alderfer, Dougie Baldwin, Elizabeth Ho and Aaron Moten.

L. A. Glam
Have Yourself A CBD Christmas: Top Cannabis Gift Ideas