Madame Barbe-Nicole Ponsardin Clicquot was born December 16, 1777 in Reims. As the daughter of Baron Nicolas Ponsardin, her social standing allowed her to obtain an excellent education, founded upon the traditional morals and values of the time. 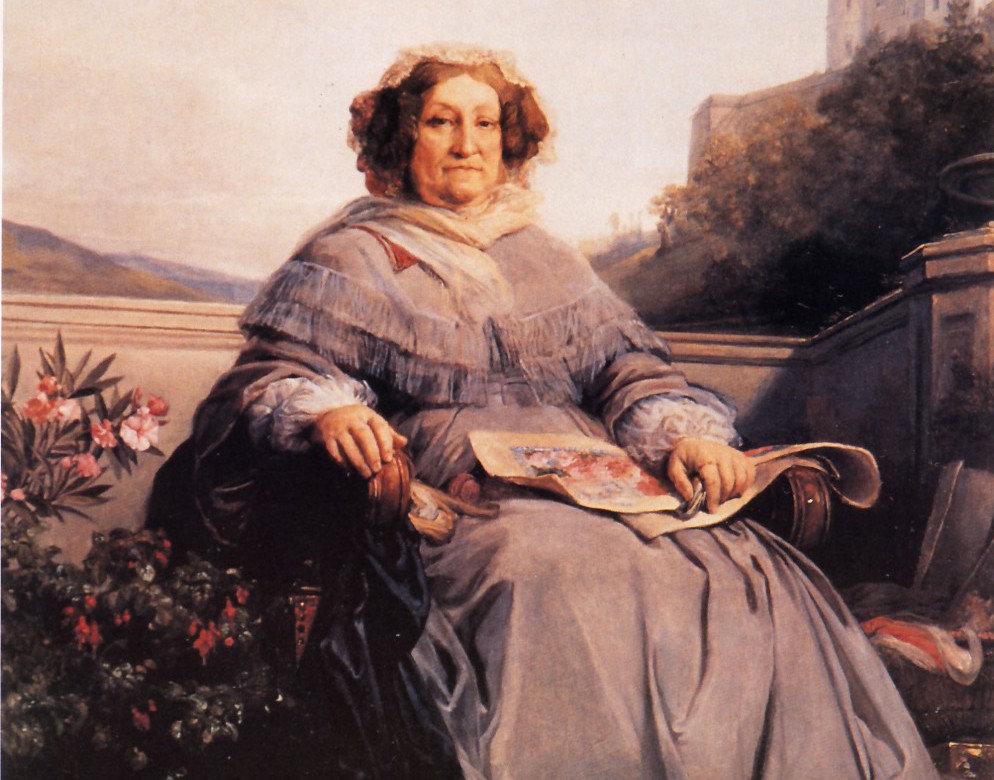 In 1798, she married François Clicquot, son to the founder of the Maison Clicquot. François shared his passion and knowledge for champagne creation and distribution with his young wife. It was because she had spent this time at his side that Madame Clicquot was able to take the reins of the family house after her husband’s passing in 1805. At 27, Madame Clicquot became one of the first businesswomen of modern times when she took over the business established in 1772 by her father-in-law. Imagine the audacity of this decision at a time when women were not even allowed to open their own bank accounts. Madame Clicquot’s character might be summarized with two words: audacious and intelligent.

She would seize each new opportunity that arose, willing to take risks, and as such, she was able to expand her business to all four corners of the world. Uncompromising when it came to the quality of her wines, she perfected new techniques of production. She invented the “table de remuage” (riddling table) to clarify champagne, and innovated the very first blend of rosé champagne. Prior to her invention, the second fermentation of wine to create champagne resulted in a very sweet wine with large bubbles and sediment from the remains of the yeast used in the fermentation in the bottle (which creates the bubbles in the wine) resulting in a cloudy wine.

Her technique still used the original English technique of adding additional sugar, but after this second fermentation was complete, the bottles were held upside down. The bottles were regularly turned so that the dead yeast would all gather near the cork (riddling). Once the settling was complete, the wine near the cork was frozen and the cork and frozen plug removed (disgorgement), followed by an addition of wine to refill the bottle.

Even at that time, her peers recognized her formidable contributions, and referred to her as the “Grande Dame of Champagne." She died at the age of 89.

Champagne is a wine of legend. The entire history of the Veuve Clicquot House is marked by mythical wines. True to this heritage, the House is proud of its motto: “Only one quality, the finest.” A short lineage of just 10 Cellar Masters has led this quest for quality, thereby ensuring the continuity of the Veuve Clicquot style: strength and complexity. Veuve Clicquot prides itself on excellence and quality. Only the juice from the cuvee (the first and most noble pressing) is used.

The Veuve Clicquot vineyards cover 393 hectares of land belonging to Veuve Clicquot to supply grapes to the House. It spreads over the very best Champagne growth areas: 12 of the 17 Grands Crus and 18 of the 44 Premiers Crus. The vineyards boast an exceptional average classification of close to 96%, a ranking that is based on the winegrowing properties of the terroir and the quality of the grapes produced. The vines are mostly planted on the hillside where the soil is the shallowest and exposure to the sun is at a maximum.

The modern day Maison of Veuve Clicquot possesses one of the finest champagne vineyards, both in terms of its size and the quality of its vines. Its 390 hectares are divided between 12 of the 17 Grands Crus, and between 20 of the 44 Premiers Crus that constitute the entire Champagne region. 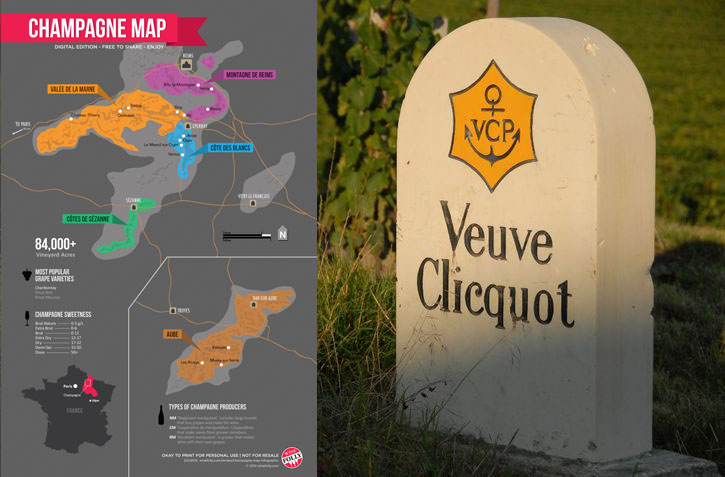 This exceptional heritage was built up over the centuries, founded upon the parcels first established by the founder, and added to by subsequent vineyard directors. In particular, Veuve Clicquot bears the fortuitous territorial mark of Madame Clicquot. 86% of the Veuve Clicquot vines are classified as Grands or Premiers Crus. While the latter only represents a quarter of the total surface of vines in the entirety of the Champagne region. Each plot’s grape variety is determined by assessing its soil, climate and exposure.

The Veuve Clicquot vineyard is comprised of 47% Chardonnay grapes, 36% Pinot Noir and 17% Pinot Meunier. The Clicquot vines are mostly situated on gentle sloping hills allowing the vines to benefit from shallow soil and a maximum exposure to sunlight. Since its foundation, the Maison of Veuve Clicquot has also established a strong partnership with its fellow winegrowers in Champagne. These providers of grapes and white wines help insure the consistent quality of the Veuve Clicquot wines. 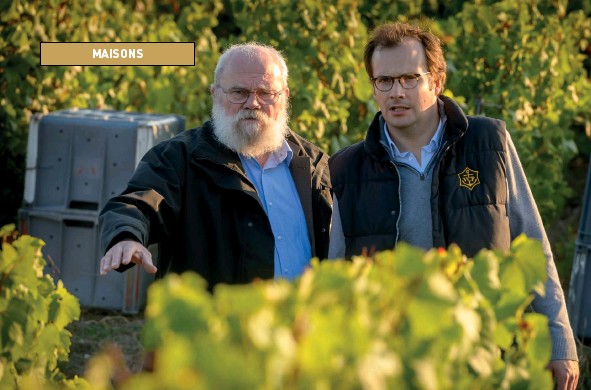 Today, Christian Renard who has managed the vineyards since 1982, a responsibility that is anything but routine, is passing on the reins to Romain Le Guillou. Between the unpredictability of the weather, the vines’ evolution and simple organization of a large team, the only one thing that is certain is every single year is different. Therefore, he is constantly adjusting and adapting to evolve Veuve Clicquot’s winemaking, while guarding a centuries’-old tradition. And that my friend is a bit of history about “La Grande Dame.”

Here are a few “Veuve” that you should know about. 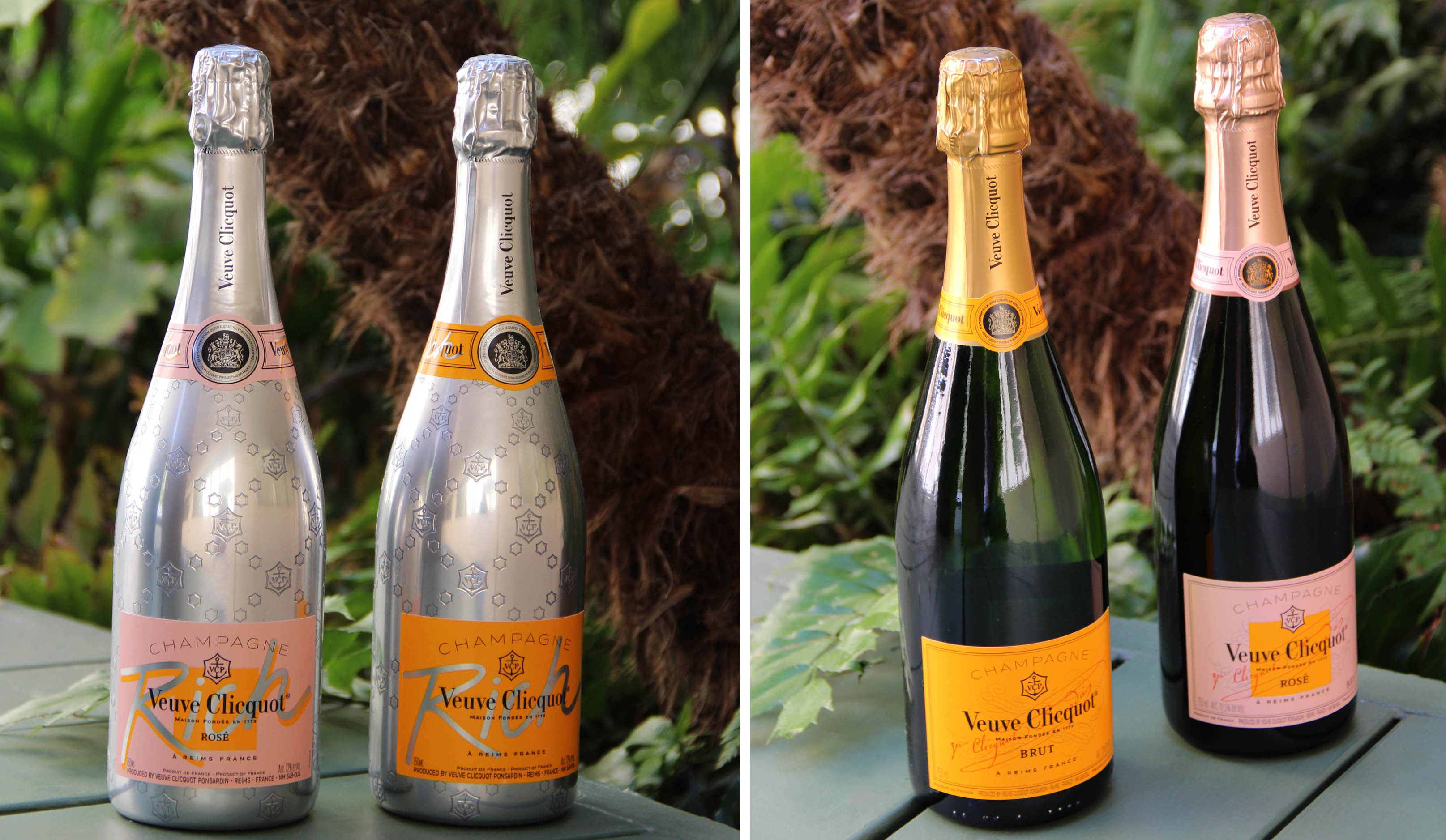 What a great innovation is Champagne on ice! Knowing what we know about Madame Clicquot, I am pretty sure that she would have approved. I truly fell in love with the Rich collection. Created expressly for mixology, Veuve Clicquot Rich and Rich Rosé are their most versatile Champagnes. Known for audacity and innovation, the Maison Veuve Clicquot has introduced an entirely new way to drink champagne.

The fruit aromas in Veuve Clicquot Rich and Rich Rosé has been boosted to sensational new levels. Veuve Clicquot’s signature Pinot Noir is given a new versatility with the higher dosage, while the greater presence of Meunier emphasizes fresh, fruity, gourmand notes.

Veuve Clicquot collaborated with skilled mixologists to select the perfect ingredients to naturally enhance the wines’ flavors, while adding a unique twist. The signature notes in Veuve Clicquot Rich wine are magnified by the presence of chosen ingredients: pineapple, grapefruit zest, cucumber, celery, peppers or tea – all on the rocks. Alongside Maison oenologists, Veuve Clicquot Rich Rosé has been paired with its own complements, to bring out its characteristic red fruit notes: ginger, pineapple, lime, tea – all on the rocks. You’ll never get enough… 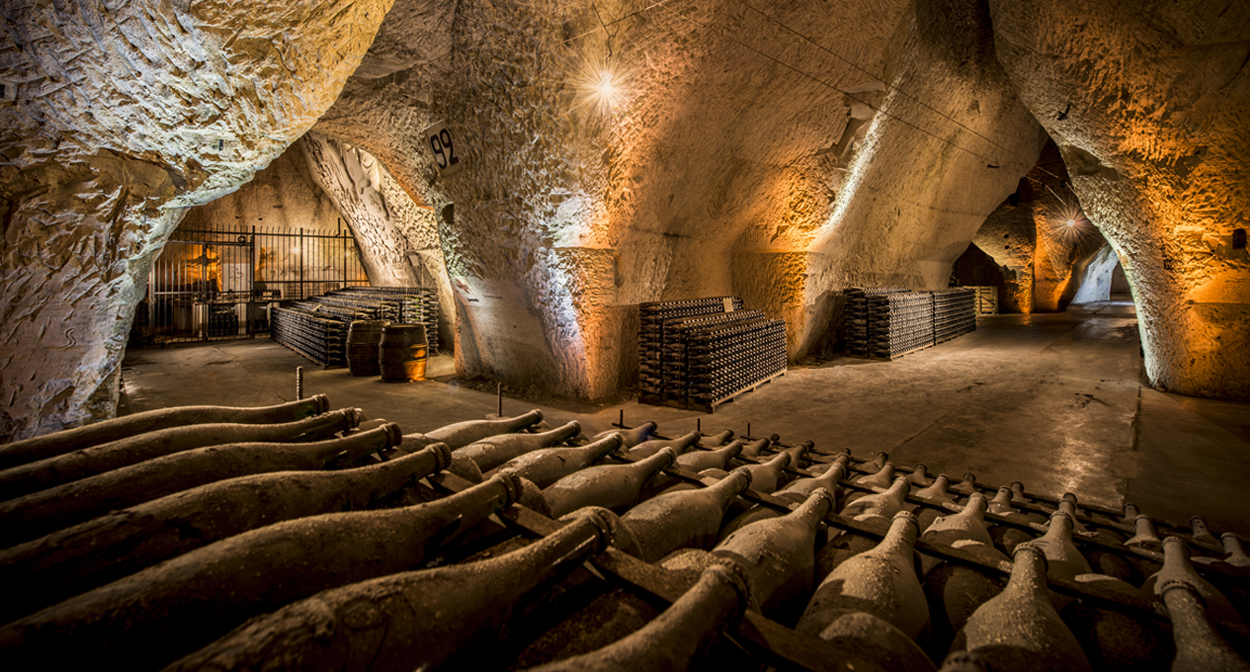 Of course I, like many others, still love the Brut Yellow label; a predominance of Pinot Noir provides the structure, while the Meunier rounds out the blend. Chardonnay adds the elegance and finesse. Grapes from 50 to 60 different Crus go to the blending of the Yellow Label. Traditionally, the proportion of each grape variety used is 50 to 55% Pinot Noir, 15 to 20% Meunier and 28 to 33% Chardonnay. These figures vary slightly from year to year according to conditions.

The Yellow Label has a golden-yellow color, with tiny bubbles. The nose: a mix of white fruits and raisins, vanilla and brioche. A wonderful balance between the fruity aromas coming from the grape varieties and the toasty aromas. Veuve Clicquot Rosé a wonderful champagne.

Veuve Clicquot was the first champagne house to commercialize rosé champagne in 1775 and again the first to launch its first non-vintage rosé. Made using 50 to 60 different crus, the cuvee is based on Brut Yellow Label's traditional blend, 44 to 48 % Pinot Noir, 13 to 18 % Meunier and 25 to 29 % Chardonnay. This blend is completed with 12% of red wines using red grapes especially raised and selected to give a balance to this rosé. With a gorgeous pink color, Veuve Clicquot Rosé has aromas of fresh red fruit (raspberry, wild strawberry, cherry, and blackberry) with notes of dried fruits along with a finish reminiscent of almonds, apricots and brioche leaving a fruity sensation on the palate.

Jacques Péters, the cellarmaster, and his team wanted a champagne that would be accessible and naturally engaging while conserving Veuve Clicquot's essential values in terms of style. Bravo, it is a winner!